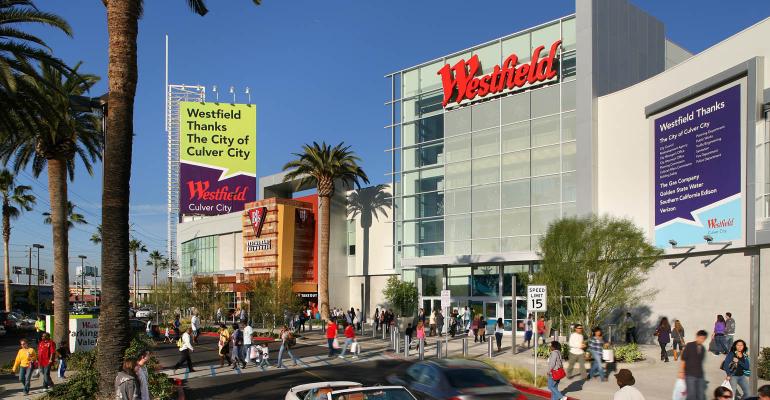 Why is Unibail-Rodamco Buying Westfield?

Overall, the move bodes well for class-A malls in the U.S., according to industry analysts.

The decision by the Paris-based real estate investment firm Unibail Rodamco to acquire Australia-based Westfield Corp. for almost $16 billion not only marks a rare, major deal in the mall space—it also bodes well for the class-A mall sector in the U.S., according to some industry analysts.

The move by Unibail-Rodamco, which owns mall properties throughout Europe, but not in the U.S., comes after another recent attempt for a takeover in the sector. General Growth Properties Inc. (GGP) recently rejected a bid by Brookfield Property Partners, which has a large minority stake in the company, to acquire all of GGP’s remaining shares. Analysts, upon hearing Brookfield’s initial offer, had predicted this first offer was likely too low and could hurt class-A mall valuations in the country.

“After the news a couple of weeks ago, that Brookfield was looking at buying  GGP, it’s probably not a surprise that there may be some merger activity in the mall industry right now, as some of these players look to consolidate and increase their reach in the business,” says Edward Dittmer, senior vice president at Morningstar Credit Ratings.

According to the press release announcing the acquisition, Westfield shareholders will get a combination of cash and shares in Unibail-Rodamco, with each Westfield share valued at $7.55. After the transaction is completed, Unibail-Rodamco will have a total of 104 assets that attract 1.2 billion visits annually. Westfield owns 35 properties in the U.S. and U.K., many of them high quality malls. Unibail-Rodamco’s Christophe Cuvillier will become the group CEO, and Colin Dyer the group chairman of the supervisory board.

“The acquisition of Westfield is a natural extension of Unibail-Rodamco’s strategy of concentration, differentiation and innovation. It adds a number of new attractive retail markets in London and the wealthiest catchment areas in the United States. It provides a unique platform of superior quality shopping destinations supported by experienced professionals of both Unibail-Rodamco and Westfield,” Cuvillier said in a statement.

Overall, the move bodes well for class-A malls in the U.S., say Matt Kopsky, a REIT analyst at Edward Jones, and Haendel St. Juste, managing director and REIT analyst at Mizuho Securities USA. The deal assumes a lower cap rate—in the mid-4 percent range—than what was implied by the Brookfield deal, boosting valuations for the mall sector overall, which has not seen many transactions recently. Following news of the sale, other mall REIT stocks traded at approximately 4 percent cap rates, Kopsky notes. “That’s a good read-through of the U.S. mall REITs,” St. Juste says.

The move could also signal the beginning of more activity among big mall players in the U.S., Kopsky says. With strong headwinds from e-commerce and store closures in the retail industry, there have been increasing calls for mall owners to consolidate to build scale, creating better leverage in tenant negotiations and shoring up more capital for new investments, he notes. Brookfield is still in talks with GGP, and there may be a second offer in the works with a higher price. Macerich and Taubman Centers Inc. are also facing pressure from investors to explore putting themselves on the market, Kopsky adds. “It’s still possible to see further consolidation in the U.S. mall space,” he says.

In Dittmer’s view, Unibail-Rodamco’s move doesn’t represent true consolidation in the mall sector as Unibail does not have U.S. properties. For this reason, Dittmer says he is surprised a big European player without a U.S. presence would acquire a global company. “I think, from a standpoint of the acquisition, because Unibail does not have a U.S. presence, I think that in the short-term it’s not going to have a very big significant impact on Westfield’s portfolio,” he notes.

While Unibail-Rodamco’s plans for the Westfield properties are not fully known, the acquisition could serve as a way to gain a foothold in the U.S. mall space. “This may just be an expansion strategy by Unibail,” Dittmer says. “Westfield has a very good portfolio of malls in the United States.”

It could also help international retail brands looking to expand, he adds. “Because Unibail has relationships in Europe, this might provide an entry point for some of these European retailers that might want to stick their toes in the U.S. waters and maybe try out their brands in the states,” Dittmer notes.

While St. Juste also anticipates that there may be another—and higher—offer from Brookfield to acquire GGP, it’s far from certain, he notes. That situation is different than the one with Unibail and Westfield, as Brookfield already has shares in over a third of GGP. “There won’t be a competitive bid process,” St. Juste adds. Should that transaction also occur, St. Juste says he would not want to see more consolidation. There are already only a few publicly-traded mall REITs left out there. “You don’t want to see many more go away,” he notes.