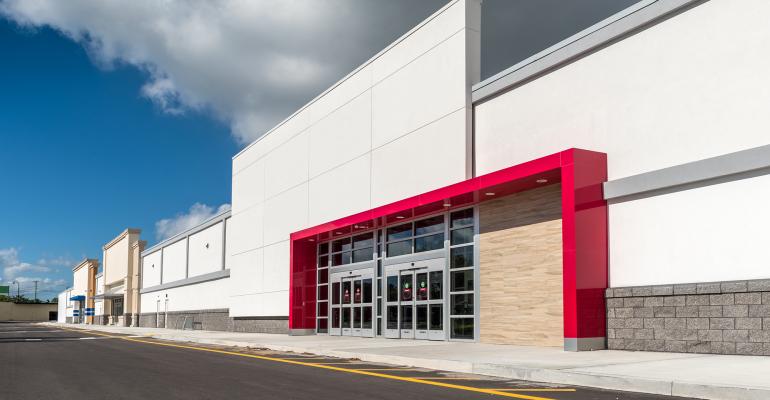 Malls are in demand again, but different investors buy them for different reasons.

Soon after the country’s largest retail REIT, Simon Property Group, returned Montgomery Mall in suburban Philadelphia back to its creditors in late 2021, Kohan Retail Investment Group scooped up the 1.1-million-sq.-ft. property for $55 million.

Situated on 105 acres in North Wales, Pa., Montgomery Mall is anchored by Wegman’s, Macy’s, JCPenney and Dick’s Sporting Goods. The regional mall, which originally opened in 1977 and was last renovated in 2014, was 73 percent leased at the time of the sale to well-known retailers, including H&M, Forever 21, American Eagle, Bath and Body Works and Outback Steakhouse, among others.

Montgomery Mall generated interest from more than 100 investors and got more than 15 offers, according to JLL’s Senior Managing Director David Monahan. He and his team (including Jim Galbally, Chris Munley, Cameron Pittman, Colin Behr and Akhil Patel) marketed the property on behalf of a CMBS trust.

“There’s a perception that there is no investor interest in malls and that none have traded over the past five years, but that couldn’t be further from the truth,” Monahan says. “It’s been a fairly active market for the regional mall space with 30 to 40 malls trading annually.”

The vast majority of the regional malls that have traded hands over the past several years have been debt-burdened class-B and class-C malls, which carried either maturing debt that couldn’t be refinanced due to lender disinterest or debt that exceeded the value of the property.

“The lender universe has certainly become more conservative on the mall space in general,” Monahan notes.

The most recent peak for regional mall acquisitions by institutional investors occurred around 2010. At that time, a number of private equity firms, including Cypress Equities, KKR, and Starwood Capital Group, were scooping up regional malls for their opportunity funds and putting 10-year debt on the properties.

Experts estimate that anywhere from $30 billion to $40 billion in mall-related debt is coming due over the next five years. At the same time, there’s a dislocation in the market between current valuations and historic LTVs.

According to Monahan, many regional mall loans originated 10 years ago had LTVs of 70 percent to 75 precent. Now, LTVs are closer to 50 percent. Making the situation more complicated, mall values have dropped significantly over the same period. Whereas regional malls might have traded at cap rates of 7.0 percent a decade ago, now they’re trading in the mid-double digits.

Many lenders prefer to extend a loan if the borrower wants to keep the mall, but if that borrower has no interest in continuing to own and operate the asset, the lender is left with no choice but to take the property to market. Lender-driven trades, including short sales and receivership sales, accounted for more than 70 percent of regional mall deal volume in 2019, according to Monahan.

“Lenders don’t really want these assets back because they understand what happens if and when they do,” Monahan says. “No one can operate a regional mall as well as the mall REITs, and it’s very difficult to operate them at that level.”

Monahan compares malls to “living and breathing” organisms that need constant reinvestment to stay healthy. Many owners that end up selling don’t want to make that ongoing investment because they don’t see any future upside.

Most of the regional mall assets that are going back to lenders were previous owned by publicly-traded mall REITs or former mall REITs that have been taken private. “Institutional owners are still committed to the space, but they’re not committed to all their assets at the same level,” Monahan notes. “Mall REITs are going to reinvest in the assets that they see as better prospects for a better return on that reinvestment.”

For example, Washington Prime Group surrendered Rushmore Mall in Rapid City, S.D. to creditors in 2018. It operated in receivership until Rockstep Capital bought the 823,816-sq.-ft. regional mall in late 2021. Anchored by JC Penney, At Home, Trader’s Market and Planet Fitness, the 100-plus-acre property draws from a large four-state trade area.

As mall REITs and large institutional investors wash their hands of non-performing malls or those that just don’t fit into their strategic plan any longer, private investors are emerging as buyers for these assets.

These private investors can be segmented into three main categories: opportunistic mall buyers, private value-add mall operators and local non-mall developers. Over the past two years, opportunistic mall buyers represented 70 percent of deal volume in the sector, while developers accounted for 25 percent of trades, and operators made up the remainder.

“The most difficult type of mall to trade today is one that is very stable because there’s no real upside,” Monahan says. “The capital looking to invest in this property type today is not core, it’s opportunistic and value-add.”

Opportunistic mall buyers are hunting for assets with stable cash flow. Using their own money, this category of buyers has amassed individual portfolios of 120 properties or more over the past several years. This group is willing to acquire malls in smaller markets that other buyer groups avoid.

The goal of these opportunistic mall buyers is to preserve the existing tenant base and cash flow for as long as they can without making any additional investment. Put simply, they’re going to squeeze every drop of juice from the lemon, and once the juice is all gone, they’ll toss the leftover pulp and bitter rind and move on to the next lemon and put the squeeze on it.

Private mall operators, meanwhile, are typically investing with equity partners, either individuals or institutional. They plan to improve the malls through a variety of strategies, including reimagining and redeveloping portions of the property to bring in new tenants or densifying the property by spinning off excess parking into pad sites. These buyers are more selective with the markets and the assets they pursue, which makes them less active than other buyers today.

Distressed malls—those that are mostly vacant and have no hope of being saved—attract investment from local developers that have no interest or intention in the buildings themselves. These buyers are interested solely in the land upon which these malls sit, and once they have control of the property, they demolish the malls and build something else, usually industrial or multifamily projects.

Lenders slowly warming up to malls

Many mall buyers today are focused on eliminating the fractured ownership that exists for most malls, according to George Good, an executive vice president in national retail group with real estate services firm CBRE. This fragmented ownership structure, where department stores own their spaces and another entity owns the remaining space, creates a very complicated problem for buyers looking to redevelop or raze mall properties.

“Fragmented ownership means different entities and different motivations,” Good says. “That, and the lack of financing, have been the two biggest obstacles to malls trading.”

However, lenders are slowly becoming more willing to provide debt for regional malls across the quality spectrum, Good adds. Though the CMBS market remains hesitant about financing class-B malls, strong sponsors can still access the conduit market. Buyers looking to acquire class-C malls can obtain bank debt, albeit with recourse, or pursue financing from debt funds offering a higher coupon.

Looking forward, Good expects several class-A malls to trade in 2022. “Pricing for mall properties is improving across the board, and conversations regarding A malls are occurring,” he says. “We’re going to see some activity there, and I think everyone will be pleasantly surprised by the pricing. Even in the B mall space, those double-digit cap rates have come down, and the better Bs are getting back into single digit cap rates.”