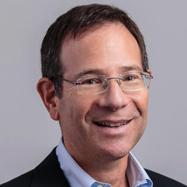 David Ader is the former chief macro strategist at Informa Financial Intelligence, and previously held senior roles at CRT LLC and RBS/Greenwich Capital. He was the No. 1 ranked U.S. government bond strategist by Institutional Investor magazine for 11 years, and was No. 1 in technical analysis for five years.

The Great Bond Market to Come Is Neither Bull nor Bear
Feb 16, 2019
The next several years are going to look rather sideways.

Savings at the Pump? Yesteryear’s News
Feb 05, 2019
There was a time when lower energy prices were considered a boon to the economy. Not anymore.

A Different Market Faces a Different Fed
Jan 29, 2019
Odds are that with rates in general low, an expanding Fed balance sheet will have to come into play in a much bigger way in the next downturn, and the Fed will probably be slow in figuring that out. Risk assets may...

Baby Boomers Will Be a Drag on Stock Market Rebound
Jan 07, 2019
Those who own the most equities don’t have a lot of time to recover before retirement, and are likely to sell into any rally.

The Next Recession Is on the Horizon
Dec 20, 2018
Let’s talk about debt baby.

Old Workers Are Slowing the Economy
Sep 14, 2018
Much of the net increase in employment since 2000 has been among workers aged 55 and older.

Looking Back on Lehman’s Demise
Sep 07, 2018
Ten years on, are we in danger of repeating the sins of the past?
Load More