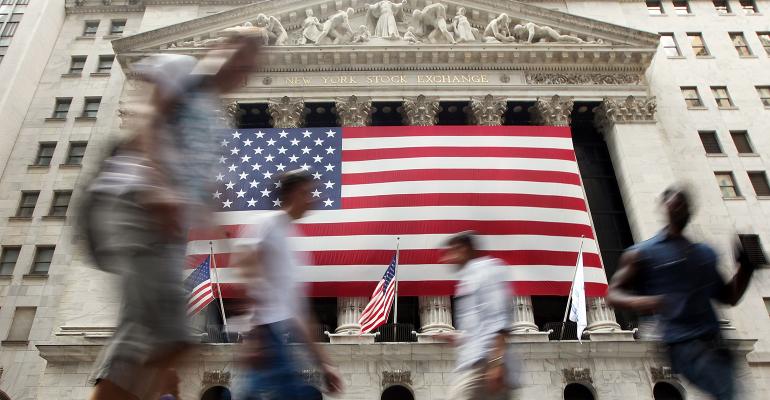 The Great Bond Market to Come Is Neither Bull nor Bear

The next several years are going to look rather sideways.

I’ve been trying to determine the broad direction of interest rates in the coming years and have, as is my wont, focused on the factors that will tend to hold rates down, especially in the intermediate part of the yield curve.

But the very use of the term "holding rates down" is a bit defensive in that it implies there is some pressure and a risk that they can rise, albeit not too much. Conversely, there's the potential for a rally in the event of a recession or generic flight to quality amidst hyper geopolitical uncertainties the likes of which no one in the market has ever experienced.

Putting it together, along with my 30-plus years toying with interest rates, I am compelled to argue that the next several years are going to look rather sideways. By that I mean I don’t see either a rally or retreat, but rather an historical narrow trading range. Using 10-year yields as my market proxy, I think activity will be largely confined to, say, 2.25 percent to 3.25 percent, a mere 100 basis points, for the bulk of any moves with blips that may take them out to 2 percent and 3.5 percent at extremes.

Volatility will be greater at either extreme. The short end has the proclivities of monetary policy, with the caveat that the balance sheet has come into play further out the curve. The long end always is vulnerable to volatility, but in the coming years, I think that will come as much from supply/demand considerations—more bonds and more types of bonds—as it will from underlying economic conditions.

This is how I get there: On the upside in terms of yields, my first concern is the state of the deficit. With the deficit likely to exceed 100 percent of GDP in less than 10 years, the market will have to absorb more debt. The consequences of the rising deficit have been muted so far, but I can’t imagine it won’t take some toll, i.e., contribute to higher rates to some degree. Toss in a recession, add a dose of a left-leaning Democratic Party, give the current nature of the Trumpian GOP its way, and there seems virtually zero chance of the deficit growth slowing, let alone reversing.

In short, the size of the deficit will encourage higher yields than the economics alone might warrant.

There is, I suppose, always revenue to consider should economic growth accelerate. But there are funny things about deficit spending; it tends to inhibit growth, as government spending has a very low multiplier; it doesn’t encourage business investment; and more of the government’s budget will have to go to entitlements, and they don’t offer a lot of economic expansion.

So, while I see the deficit contributing to higher rates, the flip side is that they will contribute to slower growth. That’s true here and overseas at a time when broad debt is very high. Here I refer to corporate debt, where even marginally higher interest rates will take some toll. We got a hint of that in Q4.

Pressing rates lower are a number of factors that, added together, I think will merely balance off the deficit consequences. There are, again, demographics; for example, the growing older cohorts simply spend less and will err on the side of safer investments. Here we are at the late stage of a growth cycle, encouraged by remarkable central bank largesse that hasn’t gotten much growth or inflation. With a global slowdown upon us and wage inflation at bay, despite the ostensible strength in labor markets, I don’t see inflation coming.

That means that real yields don’t look horrible. They may not be generous, but they certainly hold sway compared with yields elsewhere in the world, which I suspect will sustain foreign buying, not selling, and we’re already seeing domestic investors take up the mantle. Headlines over diminished China and Japan buying make, well, headlines, but the fact is that overall foreign buying hasn’t diminished and domestic demand has come to the fore.

I’ll mention the imponderables. There is automation, and I don’t mean just driverless cars, but kiosks, manufacturing, warehouses and, yes, in health care. That threatens jobs in the future and wages for the jobs that will likely go away. Think about electric cars; limited demand for mechanics and auto maintenance, gas stations and the quickie marts that go with them. I don’t think that shows up in the next two to three years, but surely in five to 10.

Then there is the geopolitical stuff from U.S. politics to Brexit to yellow vests to the populism all over the place. I don’t see this improving global calm, let alone trade, and I don’t see it as economically encouraging; rather more risk aversion. Trade restraints are inflationary but also will hurt growth. So, that’s sort of back-handed balance.

Getting back to my original thesis, I think the next few years will provide solid bookends that will keep at least the intermediate sector of the Treasury curve in a pretty tight trading range. Precedent? Mid-2003 to mid-2006: 10s held nicely to a 100-bp trading range. How about 1959-1967?

Finally, there’s the Fed. I don’t see the U.S. getting to negative rates in a recession and will excuse them getting to ZIRP as a function of banking and global stress of the last crisis. In short, I can see easing but not the drama of 2008-2009. I can see them adding to the balance sheet, but again with the caveat that they don’t want to monetize the debt and bail out Congress’s behavior. This view, too, makes my home on the range.

David Ader is the former chief macro strategist at Informa Financial Intelligence and previously held senior roles at CRT LLC and RBS/Greenwich Capital. He was the No. 1-ranked U.S. government bond strategist by Institutional Investor magazine for 11 years and was No. 1 in technical analysis for five years.