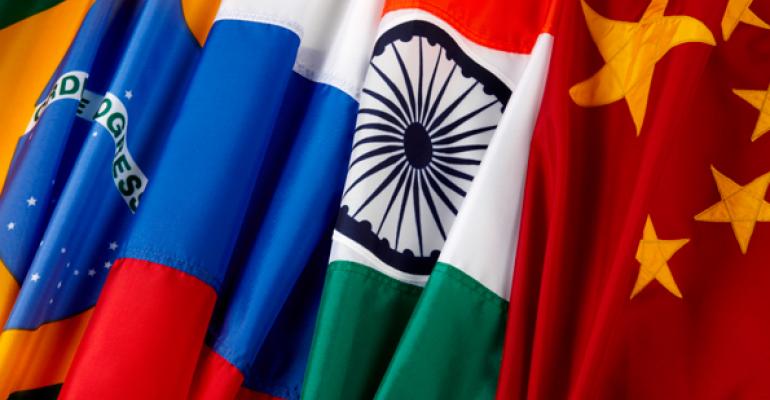 I get that what’s going on in EM should be supportive for Treasuries, ostensibly, but “my” market isn’t doing much with it.

I suspect the late bid in August (month end buying? “Dovish” Fedspeak? Inversion chatter? Illiquid summer trading?) probably helped create a very tight-range bid, so maybe the early September response is about that. Sure, sure, there’s a bit of firm data on the International Securities Market front, but the negligible change in Fed Fund futures tells you that’s hardly a surprise. No, I think we’re in a tight range, will stay in a tight range and between 2.82 percent and 2.95 percent on 10 year treasurys. I simply don’t think there’s much more to say about it.

I believe we’re being held in place, in Treasuries, by full-on odds of a hike this month, reasonably high odds of one in December (negating to some degree the negative impact of strong data like ISM) and then the incoming imponderables of: 1) trade stuff, 2) the mid-term elections and the fate of the Trump policies, to say nothing of the regime, and 3) the ongoing stress in Emerging Markets. I think the trade story is a somewhat distant third to the other two, and Trump isn’t doing anything to turn down the heat on the election process. I mean, a “good” government shutdown? That GOP lawmakers want that to be postponed until after the elections—when getting a wall might prove far more difficult—does seem like pandering to the Woodward version of Trump.

I need to digress. In recent weeks I got a solitary note suggesting I was a “hater”—meaning I was beating up on Trump unfairly, “fake strategy” perhaps, and letting such feelings influence my views. My response is that is not at all accurate. I’m looking at Trump’s policies analytically, the same way I looked at and criticized (or applauded) the policies of the five prior Presidents I’ve been privy to write about.  Trump’s tweets/attitude/behavior create issues with repercussions, which is what I’m dealing with. If they are bad policies, or contain economic risks, that is not hating but what a strategist should shout about.

Let me say I have no issue with lower corporate taxes conceptually, for example. However, these tax cuts come with borrowed money when the economy was doing just fine. It’s fun while it lasts but will have to be paid for. That’s an idea I do hate. I really don’t understand how intellectually honest people can applaud the Tax Cuts and Job Acts and ignore the consequences for the deficit. Please, explain that to me; I’ll listen.

But back to EM. So, in the last several days what the headline focus on in Turkey and Argentina has expanded to Indonesia, South Africa, Poland and Mexico. Rising tide lifts all boats until the high tide ebbs. I hear in the press about EM investors saying things always get exaggerated and waiting for entry points. I hear the word “wait,” which means not yet, so I have to follow suit; it’s not my market. That Treasuries are taking it in stride is remarkable to me, though I suppose the firmer dollar helps offset some of the bearish inputs.

I’m intrigued to see technology under some fire here, which I attribute to both sheer valuation and the recent accusations of them stifling free speech, with Sessions planning to meet with AGs on the topic. I’m skeptical about it really hurting, but for now it’s a something to watch, especially with a lot of chatter about September being a tough month for stocks. (I used to think it was October.)

That got me to look at Seasonals. They are relatively stable for 10s and 30s after a bullish phase, and the curve tends to steepen. I like that idea for a trade, as it fit the narrative that the next two hikes are largely priced in and so skews the risk that December’s might price in a pause. I DON’T BELIEVE THAT THEY WILL PAUSE, but market valuations are not priced for that potential. Seasonals suggest low risk in shorting 10s or 30s.

Oh, let me rain on the Non-Farm Payroll parade a bit. First, there was the real AHE gain, 0 percent YoY when you add inflation to it. Second, there were the downward revisions. Third, there was the steady 3.9 percent UNR after a drop in Participation. Fourth, hours worked was steady at 34.5. Also, not getting much attention was the drop in the Diffusion Indexes, but then that really gets into dweeb territory.  And all that was still good enough to warrant the Fed’s Rosengren say there’s no reason for rates to remain accommodative and push 10s beyond the confines of their recent narrow range top at 2.89 percent; maybe they’ve got a shot at 3.03 percent after all?