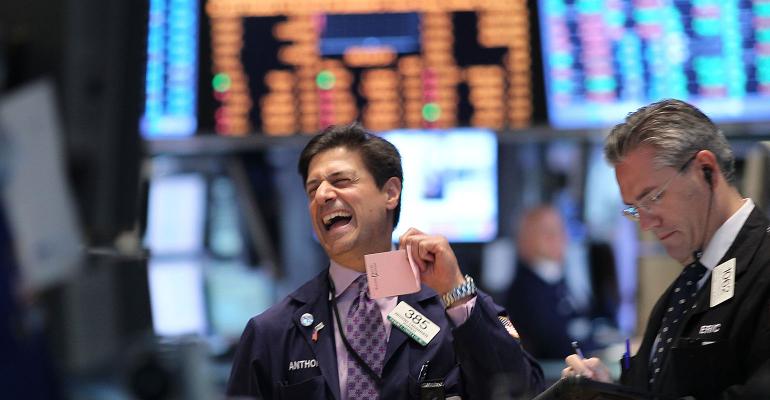 Drawing some comparisons to 2008.

I don’t understand how so many people and the press are willing to ignore the real component to income gains.

I suppose the news is simply so good everywhere else that this particular aspect seems an anomaly, but not enough for me to avoid bringing it up again and again. In any event, with the release of August Consumer Price Index, at least the real Average Hourly Earnings YoY gain is in positive territory, albeit a pretty lame gain of 0.2 percent.

Semi-related to such wage issues is data from the Census Bureau on Real Median Household Incomes. The headlines sound good along the lines of: “Incomes Rise, Poverty Falls Again,” and that is true; such incomes are grew 1.8 percent in 2017, the 3rd consecutive annual gain (but at a slower pace). The flipside to that coin is that, according the Census, the gain is not “statistically significant.” This is an interesting note because, as per the chart, the current level of $61,372 is barely above the prior peaks of 1999 and 2007, which is to say, we’re not better off than we were then in purely income terms.

In fact, the story is especially interesting when you compare Average to Median. The Average Incomes are up somewhat more than Median, pointing to an outsized gain by a few at the upper tier of the income gain. This underscores the wealth divergence, call it income inequality, of the last two decades.

I’ve read in recent days about higher Treasury yields, as if another foray in 10-year Treasurys near 3 percent represents a new bear market. It’s a case of over emphasizing price action in a narrow context amidst a lot of confusing inputs and noise out there. I don’t see much direction. 10s have traded pretty much in a 20 bp range since late May, and I don’t yet see a break out. It seems like 95 percent of price action has been between 2.80-30 percent. That’s remarkable, and revealing, in that it suggests the market is either at fair value or simply frozen by events.

There’s truth in both aspects, but I’ll put more on the event component. We have ongoing trade tumult, the steady hand of the Fed (where Dec Funds now give 77 percent odds of a hike) boosting the dollar and flattening the curve, with all that implies, as 2s/10s flirt with 20 bp. The repercussions of Emerging Market debt are also exacerbating the problems, political and financial, in specific countries and spreading to general risk aversion. There’s the mid-term elections. And there’s this administration’s foibles, a word which is giving it the benefit of the doubt.

In short, I think we wait.

I had a long conversation with an asset manager about the behavior of the long end coming out of the Lehman crisis, the question posed being why did long yields rise over 200 bp from the end of 2008 to the middle of 2009? The concern was that an increase in issuance could replicate that experience. Is that a playbook? Hardly. First, the Fed was easing dramatically (a process that had start in 2007) and by year end 2008 Funds were at 0.25 percent. Second, BEIRs were plunging into the end of 2007 and had started to rise into an inflation that never materialized despite the Fed’s largesse and all the recovery programs then underway.  Headline inflation was negative for nearly all of 2009, for example, while TIPS BEIR rose from 0.11 percent at the end of ’08 to over 2 percent towards the end of 2009. Third, the dollar index was under pressure, again, related to the goings on in terms of monetary policy.

The end of 2008 was in full panic mode, flight to quality, end of world, and the levels of 10s and 30s, obtained by mid-2009 were a response to the hope that policies would work. In context? 30s hit 4.7 percent in 2009. This is all to say there were other things going on unrelated to supply concerns that forced 30s to surge and, notably, that didn’t last too long. To their benefit was the whole array of contagions in Europe, from Grexit to the peripherals to broader central bank largesse and negative rates. But, again, I don’t think the supply story was the driver then and don’t think it will prove the driver in the days to come.