The former Merrill Lynch team, led by advisor Lars Olson, wanted to stay in Marion, Ohio, to be part of the town’s revitalization, so they decided to go independent with Sanctuary Wealth.

A financial advisor team, led by Lars Olson in Marion, Ohio, jumped ship from Merrill Lynch and formed an independent practice at Sanctuary Wealth after the wirehouse closed down the Marion, Ohio, office where the team worked. Olson’s team, which will now operate as Alluvial Private Wealth, manages $435 million in client assets.

Olson said Merrill closed down their office in Marion, a town in central Ohio, and was consolidating advisors in the region to one large office in Columbus, some 50 miles away. But his team wanted to stay in Marion and continue to be near the clients they serve. 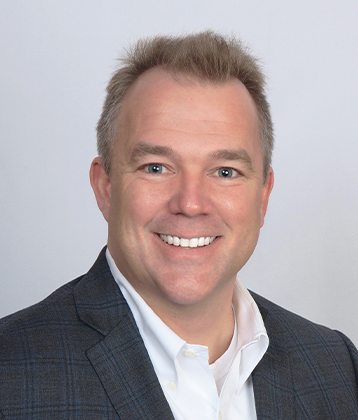 Marion went through a period of significant economic challenge in the 1990s and 2000s, but it’s now going through a resurgence, Olson explained.

“They’re going through a strong economic rebound now, with new businesses coming into town, as well as factories being expanded,” Olson said. “My team and I wanted to be able to stay in Marion and be part of that economic revitalization.”

But Merrill still has a presence in Marion, with financial advisor and Senior Vice President Kit Fogle working out of his home office for the wirehouse. The firm also plans to open a new office in the region.

Partnering with Sanctuary was a natural fit, Olson said, given that he knew several of the Sanctuary executives who also came from Merrill. Sanctuary CEO Jim Dickson and President Vince Fertitta served in senior leadership roles at Merrill. That Merrill institutional knowledge also made the transition easier.

“The transition specialists who are here helping this to be a smooth transition—they know all of the Merrill acronyms and jargon, and they know how life used to be for my clients and myself,” Olson said. “That sort of institutional memory that the Sanctuary folks have of the Merrill system has allowed for this process to be easier for me and for my clients.”

Olson specializes in special needs financial planning. He holds a CFP, as well as the Chartered Special Needs Consultant designation, and he also has a child with autism.

The Alluvial team, which also includes advisors Manoj Sharma and Lisa Bush, becomes the 42nd partner firm to join Sanctuary, and its first Ohio team. The firm now has $12 billion in assets under management.