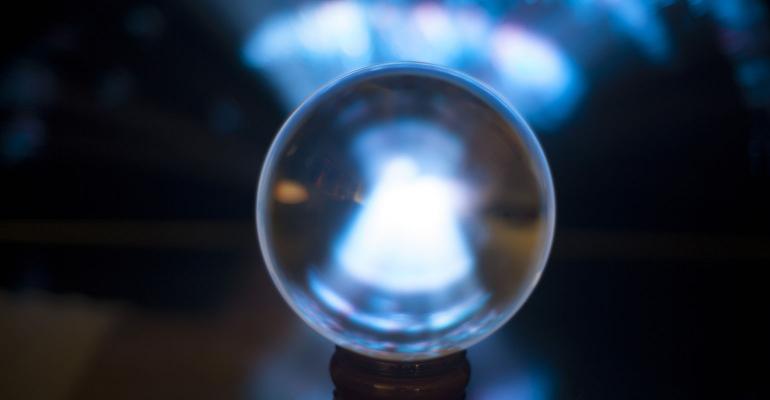 This week alone brought news of an Orion, Redtail and Snappy Kraken mashup; an FMG and Catchlight partnership; and Envestnet's continued expansion plans.

There were indications aplenty this week that advisortech is both moving and consolidating at a pretty fast clip.

The first sign was seeing something launched a mere two years ago referred to in a company press release as “legacy” technology.

On Tuesday, Orion Advisor Solutions announced what it calls Redtail Campaigns, which builds upon the firm’s “legacy Market*r tool” (launched in 2020), and will allow advisors to run marketing campaigns from within the CRM application that it acquired in April and has since embedded within the Orion platform for RIAs.

In addition, the announcement noted that the new offering would be “Powered by Snappy Kraken,” a popular third-party marketing platform for financial advisors.

Related: ClearingBid Seeks to Be the New Way to IPO

This is not an entirely new concept given that Redtail and Snappy first partnered to create integrations between themselves back in 2019. With the new Redtail Campaigns functionality, users will have access to Snappy’s automation features, its compliance workflow, its library of content and its other offerings while also providing “unique Orion customizations, integrations and custom content that are only available to Redtail Campaigns users.”

Simply put, advisors will be able to launch prebuilt, sequenced marketing campaigns directly from their Redtail CRM within Orion.

In other advisor marketing news, users of both FMG and Catchlight can take advantage of their new integration.

With it, users of Catchlight (an AI-driven lead-gen platform out of Fidelity Labs) can match prospects they are pursuing to suggested content deemed relevant from marketing platform FMG’s library in hopes of “jump-starting engagement efforts and allowing advisors to tailor their communications to each lead,” according to the announcement.

For those unfamiliar, Catchlight is a prospect analysis and lead-conversion platform that is meant to help advisors better prioritize leads to make communications and outreach more efficient.

The key to Catchlight’s prospect analysis is its insights engine, which has access to some 2.5 billion data points brought in from different sources of publicly available data. After that, the firm’s machine learning technology helps prioritize and match the best leads that advisors can approach better armed with their own customized messaging.

The messaging is where the FMG integration comes in, providing hundreds of emails, blogs, social posts and articles from its content library that can be matched to attributes of specific leads (age, income, planning objectives and other characteristics).

Specifically, according to the announcement, “When an advisor decides to reach out to a lead, Catchlight surfaces headlines and brief summaries of FMG content aligned with that lead’s key characteristics … [and] content is tagged with a keyword system that clearly shows advisors why that content is pertinent to each lead.”

FMG itself recently acquired another automated marketing competitor, Vestorly, in July of this year, marking its seventh acquisition in six years. Another sign that advisortech is moving pretty rapidly and toward increased consolidation.

On Monday, Envestnet announced new platforms and partnerships available from its Data and Analytics business unit, one of the behemoth firm’s three major divisions that also include its Solutions and WealthTech business lines.

Confusingly, the firm had separately announced one of the new platforms a week before, specifically targeted at its core wealth management audience.

It was just back in June that Envestnet CEO Bill Crager announced a major restructuring of the firm, recompartmentalizing all the company’s technology, product and service offerings into those three new business units after more than two years of planning and preparation.

As part of the June announcement, four acquisitions that had been run largely as separate subsidiaries, including Yodlee (acquired in 2015), Harvest (formerly Trizic), Abe.ai and Truelytics, as well as in-house technologies under Envestnet Analytics were combined and rebranded as Data and Analytics.

Farouk Ferchichi, who joined Envestnet in March 2021 from insurance carrier USAA where he was in a very similar role, is at the helm of this unit.

With Monday’s announcement, Envestnet specifically laid out a “new vision” at the Money 20/20 personal finance conference, where, in addition to its rollout of the firm’s Wealth Data Platform for wealth management firms, it told the world of two other “DP's," Banking and Technology, as well as two new “solutions” and a slew of partnerships.

The solutions included a portal specifically for small- to medium-sized business (within both the Banking and Technology platforms), and the partnerships ranged from payments (VoPay) to identity intelligence (Deduce).

It is difficult to tell yet just how much of this is new versus repackaging of the same services previously available.

And it is an indication that the firm is continuing to expand and build out its offerings despite rumors as recently as February that the company was “exploring its options” and potentially up for sale.