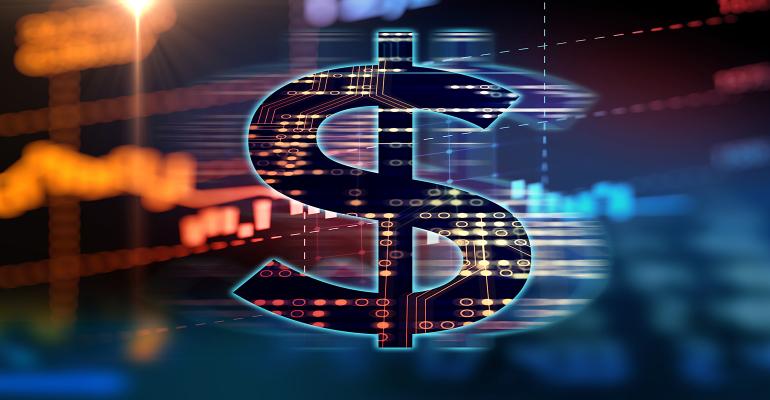 Portions of the venerable Thomson Reuters technology platform and that of Scivantage, a tax-reporting tool, are changing hands again.

Private equity firms Clearlake Capital and Motive Partners announced Monday their agreement to acquire three technology platforms from Refinitiv, which is a part of London Stock Exchange Group, for $1.1 billion. Those products include the BETA, Maxit and Digital Investor. Also part of the announcement is a strategic partnership with LSEG.

Why does it matter? Thomson Reuters owned Refinitiv until private equity firm Blackstone Group Inc. acquired a majority stake in it in 2018. Blackstone and Thomson Reuters then sold Refinitiv to LSEG in January 2021 for an all-stock transaction valued variously at between $20 billion and $27 billion (Refinitiv, across its many product lines, reports having 40,000 customers, 400,000 end users in 190 countries and $6.25 billion in annual revenue).

The Maxit product (an end-to-end tax information reporting tool) had itself been brought into Refinitiv during its acquisition of Scivantage two years ago in March 2020.

Brief mention was made in Monday’s announcement of Clearlake Capital and Motive Partners’ “existing portfolio company, InvestCloud,” and all the parties’ desire “to offer new products and greater operational efficiencies to clients across these various platforms.”

Will Trout, director at Javelin Strategy & Research’s wealth management division, sees both opportunity and hard work ahead in bringing those cross-platform efficiencies to fruition.

"I have to think InvestCloud will be the main beneficiary of this deal, both in terms of establishing bona fides in the broker-dealer world, and signing on flagship clients like Wells Fargo Advisors and Janney Montgomery Scott, both of whom use the platform," he said.

"There’s some hard work to be done in terms of integrating Beta into InvestCloud, however, should that be the direction that Motive takes. But it makes sense," Trout said.

Realizing that retirement income tools could both benefit clients and serve as good marketing for their advisors, Cetera Financial Group announced Wednesday the availability of Advanced Time Segmentation.

The tool is meant to help advisors solve clients' “retirement income challenge." It will  be available only to Cetera-affiliated financial professionals and is part of Cetera’s Growth360 program, which launched last year.

Cetera says the tool can not only help advisors calculate and maximize the decumulation phase of a client's financial plan, but can be a differentiator and a driver of growth for Cetera's own advisors, citing its own internal study.

Though they did not provide the total number of advisors in the study, Cetera found that “those using ATS report growing their assets under management by 41% and their assets under administration by 27% year over year, compared to 28% and 20%, respectively, for those not using ATS.”

FarmTogether, a member startup of Franklin Templeton–backed EvoNexus Fintech Incubator, on Wednesday announced the launch of its Sustainable Farmland Fund.

The fund, which is for accredited investors, will provide a pool of diversified, preselected farmland properties—an often valuable alternative asset class but tricky to access for investors.

The startup, headquartered in San Francisco, launched in 2017 and now has $175 million in assets under management, according to a company spokesperson.

Prior to launch of the fund, FarmTogether’s other offerings have included its crowdfunding investments (which offers investors flexibility within the management structure, geographies or crops they choose), a 1031 exchange, and sole ownership options.

The fund has a target net IRR of 8% to 10% and a net annual target distribution of 4% to 6%, according to the company. The minimum investment is $100,000, and the minimum hold period is two years.

FarmTogether’s fund will invest in a range of farmland opportunities across both permanent and row crops in prime growing regions of the U.S., including tree nuts, citrus and apples.

For now the firm has partnerships with several self-directed IRA custodian trust companies as well as Rocket Dollar and Alto IRA.

FarmTogether overlaps with startup AcreTrader and its mission of making it easier to invest in farmland.

Louise is meant to give advisors the tools to create bespoke donor-advised funds for clients. The announced enhancements will include a multicustodial platform, better security compliance, as well as expanded investment options that will include custom model portfolios, according to the firm. Other parts of the roadmap include the ability for advisors to generate long-term family giving plans that include contribution and gift targets.

Part of the impetus for the new developments comes from Tifin’s recent acquisition of https://amicus.io/.

“With the acquisition of Amicus, we now have a modern set of pipes powering Louise that allows all advisors to offer Louise to all their clients, regardless of size,” said Vinay Nair, CEO and founder of Tifin Group.