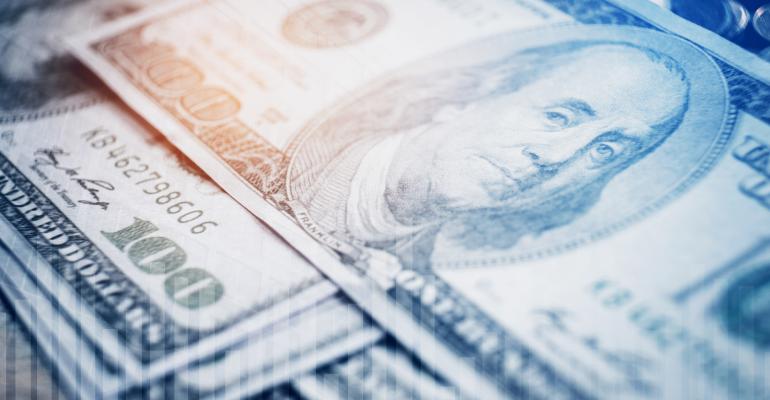 Nearly $3 million in seed funding for improvements at Alto, a platform that facilitates investments in alts via IRAs, illustrates the growing interest in alternative investments.

Alternative asset platforms for retirement accounts have gotten so hot lately that one platform is advertising services it hasn’t even built yet, even while it landed nearly $3 million in seed funding. Meanwhile, analysts are observing advisors and investors jumping on the alternative asset investment bandwagon, especially following the volatility of the final quarter of 2018.

Investors, and their advisors, who are interested in adding alternative assets to individual retirement accounts can keep an eye out for improvements on the Alto platform, one of the most recent entrants to the alts-in-an-IRA scene. The company, which is the only IRA partner for startup investment fund provider and job posting site AngelList, announced a $2.8 million seed round to expand its platform and add more investment platform partners.

On its site, it advertised a “dashboard for managing multiple clients, accounts and investments from one place,” but when asked about details of the program, CEO Eric Satz said the tool wasn’t available yet and later removed the description. The firm is still working on a way to identify its different types of users so that it can recognize whether RIAs and wealth managers are using the service in addition to individual investors, although Satz said he’s fielded inquiries that would suggest they are using the service.

The bigger picture, however, is that Alto has received millions in funding even while scaffolding is still very much surrounding the firm’s tool. Alto is just part of a bigger trend.

Alternative investments made via retirement portfolios have grown in popularity, said Chris Hamilton, head of portfolio advisory at Invesco. “Alts are typically a fairly meaningful part of the portfolio—could be anywhere between 5 and 15 percent, let’s say, on average. And a lot of those assets are in IRA-type plans,” he said.

“The idea of bringing alternatives into portfolios across the board is increasing and IRAs make perfect sense,” added Dennis Gallant, a senior analyst for Aite Group’s wealth management division. “Alternatives are always a solution that advisors are looking to use more of.” He said there’s a need for more technology to facilitate the construction of portfolios that can hold alts.

Even with the growth in popularity of alts in IRAs, the market for alternative assets held in those types of accounts is tiny today. Just 3 percent of traditional IRA investments fall into the “other investments” category, which would include assets like alts, according to the Investment Company Institute. Alto stated that only a third of the category, about 1 percent of IRA assets, is actually invested in alternatives. Requirements around accreditation of investors limit the pool of potential investors, although there are advocates in favor of lowering the accreditation hurdle and opening alternative investments to more investors.

There’s competition for that small percentage of assets. Founded in 2018, Rocket Dollar is also working to make investing in alts via an IRA easier for end-clients. The company’s CEO, Henry Yoshida, is unconcerned with Alto’s new financial firepower. “I believe the alts space within qualified accounts is poised for much bigger adoption over the next few years, and it's great to see other players come into the space,” he said.

The two companies differ in the services they provide and how the alternative assets are handled however. Alto actually takes custody and holds the alternative investments on behalf of the client and its plans include building out an advisor portal in the next six months, Satz said. Legal documents on the site, however, indicate that Empire Trust, Inc., a New Mexico-based firm, acts as custodian. Rocket Dollar, on the other hand, takes a fundamentally different approach by creating an LLC for its clients specifically to hold and help in making managing of the alternative investments easier. As the company states in its online FAQ: "Using your own LLC takes the custodian out of the deal review process, eliminating the frustrating back-and-forth conversation that comes with it."

While companies have to register with Alto to be listed on the platform, which an Alto representative said “helps ensure legitimacy,” due diligence is up to the end-client and any financial advisor that might be helping that individual.

Even if Alto is putting the cart before the horse, it is because the alts scene is hot enough to warrant the rush to market. “What we're seeing out there in the market is more and more demand for alternative investments, from advisors, for their clients,” noted Hamilton. “Mechanisms that are put in place to help make that process easier for advisors, because it definitely is more complicated, is something that could potentially resonate with that audience” of advisors and clients searching for alternative investments, he said.

While companies like Alto and Rocket Dollar develop their products, making them more functional and appealing to both advisors and end-clients, they are also making alts more visible for individual investors. And that means advisors will likely begin to see alternative investments as even more of an option for investing their clients' assets.