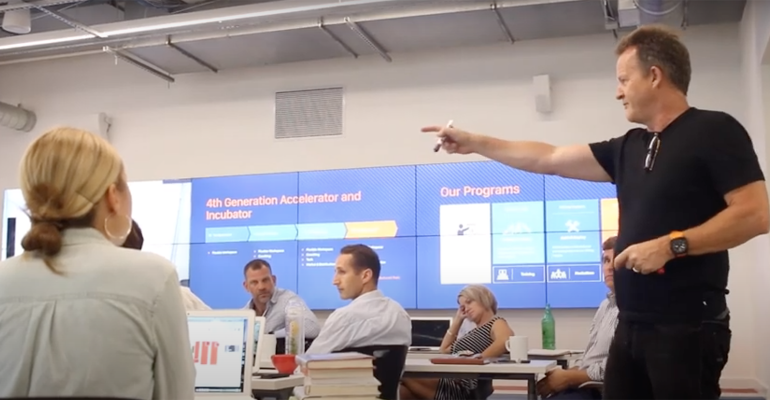 InvestCloud is bringing Tegra118 and Finantix into the fold, in a reorganization that could make the firm a major global wealthtech player.

Private equity firms Clearlake Capital and Motive Partners are recapitalizing their investment in financial technology platform InvestCloud—and bringing two other fintech firms, Tegra118 and Finantix, under the InvestCloud umbrella, according to an announcement. The latest funding round puts InvestCloud into unicorn territory, with a valuation at $1 billion, while simultaneously rewarding early investors and providing new capital, according to John Wise, co-founder of the company.

Besides providing fresh capital for all three firms, the investment will see industry executives Wise, CEO and co-founder of InvestCloud; Cheryl Nash, CEO of Tegra118; and Christine Ciriani, CEO of Finantix, working more closely. The recapitalized business will be reorganized into four functionalities: a wealth advising platform, a private banking platform, a financial “supermarket” and a modular, customizable financial platform for building “cloud solutions.”

A refreshed InvestCloud will have “competitive implications” for Envestnet, Vestmark and State Street’s Charles River, among others, said William Trout, director of wealth management at Javelin Strategy & Research. Tegra118 will be the “engine of growth” for the reconfigured InvestCloud, he said. "[It's] definitely an accretive deal with competitive implications for the vendor platform market."

“Tegra118 has always had powerful trade processing capabilities and has been trying to build its front-end,” he said, citing the firm’s 2020 acquisition of RetireUp. “It has robust UMA capabilities through direct integrations with asset managers and a strong foothold in the U.S. broker-dealer market.”

“InvestCloud adds robust digital capabilities,” he explained, “and a modular approach that will appeal to large banks, broker-dealers and asset managers seeking to move closer to the retail market.”

Tegra struggled with the advisor experience and InvestCloud lacked the reach it needed in the U.S. broker/dealer marketplace, Trout added. Both of those blemishes have been smoothed over with this restructuring.

"This gets InvestCloud in the game," he said.

Both Trout and Alois Pirker, research director at Aite Group, expect the reconfigurement and recapitalization to be greater than the sum of its parts—and transformational.

“The wealth management industry has not had a truly global wealthtech player in the front office,” said Pirker, adding that he expects to see a merging of capabilities following the announcement.

InvestCloud will bring the data, Tegra118 has the managed account platform, and Finantix has “unique abilities” in model management. “All of a sudden, with today’s deal, you see those pieces coming together,” he said.

Concerns about InvestCloud’s financial viability, which were behind JP Morgan taking a stake in the firm as part of its YouInvest launch, have also been laid to rest, said Pirker. Motive Partners is building “a global wealthtech powerhouse.”

For Nash and Tegra118, the restructuring and refinancing come almost a year after the completion of Fiserv’s sale of what was then known as its Investment Services business. The sale, valued at $510 million after tax, saw Motive Partners owning 60% of the business, with Fiserv retaining 40%.

Ciriani, who became CEO of the modular private banking– and wealth management–focused Finantix last June, was previously chief commercial officer at the firm. The change of leadership occurred as Ciriani oversaw the expansion of the firm in Switzerland, Japan and Australia.

The new structure means the global tech firm will have over $4 trillion in assets on its combined platform and revenues of over $285 million, according to the announcement. Over 900 employees will be working together around the world.