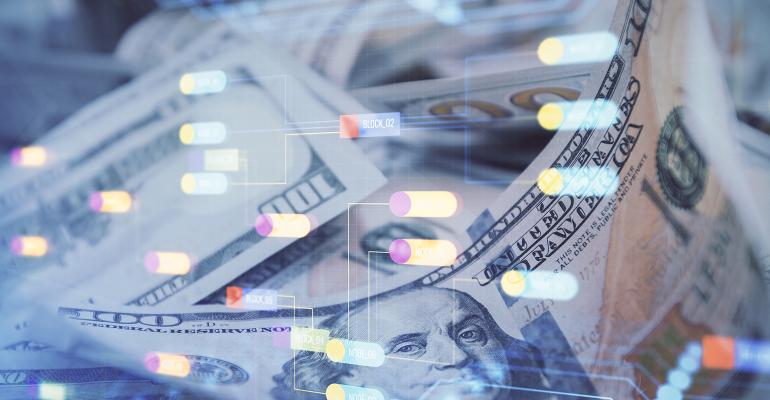 Retirement Income Moves From Niche to Red-Hot Center of Advice

Advisors need better ways to optimize retirement income if they hope to hold on to a grayer client base. Our tech columnist looks at two innovators that have taken up the challenge.

Decumulation. Like car commercials using the phrase “preowned” instead of “used,” the euphemism irritates me. I first heard it as a synonym for the distribution phase of a client’s financial life, the period in retirement when a client or couple begins to liquidate accounts and spend down their assets.

Nine years ago, I was researching a platform for retirement income planning being built by Manish Malhotra called Income Discovery. At the same time, under the radar, another distribution-phase planning suite of tools had been long in development by advisor Phil Lubinski, called IncomeConductor; Lubinski turned his retirement-planning process into a software-as-a-service offering that rolled out in 2018.

But that was about it. In 2012, it floored me that there were no well-developed holistic applications to tackle this phase of someone’s life. Now, in 2021, it continues to floor me that there are but a handful of solutions. After all, more than 10,000 of the estimated 66 million baby boomers are moving into retirement daily.

It is definitely a problem in need of a solution, given the many considerations, moving parts and choices a person or couple going into retirement must make. The phase is basically a complicated math problem, with any number of variables that differ for each client. Getting the calculations wrong can mean as much as tens of thousands of dollars less in annual income during a client’s retirement years.

“Decumulation is so much more complicated [than accumulation]. When to take Social Security, pension benefits, what form of payment to elect, what about healthcare—this is a really complicated period in someone’s financial life, a really complicated puzzle,” said Anastasia Krymkowski, a senior analyst and associate director of retirement research at Cerulli Associates.

“And it is a puzzle where there is not one correct answer, it depends on your lifestyle, your health and longevity and what you want to leave as a legacy,” she said. In addition to advisors, some of the biggest 401(k) providers and record-keepers continue to wrestle with finding or building solutions.

Financial planning tools like Envestnet | MoneyGuide and eMoney Advisor are great at what they do but were simply not built to tackle the many facets of retirement income planning, said Wade Pfau, research and professor for The American College.

“There have been some improvements, but they are still accumulation focused,” he said. An advisor can set spending goals and run Monte Carlo simulations, but they cannot handle dynamic changes for all the inputs that go into retirement income calculations.

I recently took the opportunity to get back in touch with Stephen Chen, founder and CEO of NewRetirement Inc., whom I’ve known for six years. He knows the challenges of building a platform specific to retirement planning. His, in development since 2015, is for mass affluent consumers, but I wanted his take on the opportunity for advisors.

Over 130,000 users have built plans on the site, and it has been growing at a rate of 5% to 10% a month over the past few months of the pandemic, in large measure, Chen surmises, because of layoffs and early retirements, something also likely affecting advised clients.

He told me that there was a perception there were no easy-to-use tools for advisors to do this work (neither Income Discovery nor Income Conductor have been heavily marketed yet to advisors.) In fact, Chen said advisors have been contacting him to see if his tool could be adopted to their practices. In addition, some of his platform’s users have advisors but use his platform as a second opinion in their decision-making, he said.

“We built this in coordination with large firms because for us the business model was a much more viable way for us to stand ourselves up,” said Income Discovery founder and CEO Manish Malhotra, who now leads a team of 25.

“We customize the platform for them and make a substantial amount in implementation fees,” he said. An undisclosed large financial institution with thousands of clients recently signed up, with others in the pipeline. There are currently more than 106,000 households being advised on the platform, according to Malhotra.

In the simplest terms, the platform collects a prospect or client’s demographic data from a firm’s CRM and account aggregation providers.

To wrestle this complexity into submission, the company has built an AI engine called Advanced Income Discovery Analytics, or AIDA. “The platform looks at every possible lever that someone can pull to find a personalized, optimal strategy for safe retirement income,” said Malhotra.

When it comes to pricing, the institution or provider pays IncomeDiscovey on a per-retiree-served annually basis (rather than charging based on number of advisors using the platform). The math works out such that the smallest customers the firm tends to pursue are institutions with at least 1,000 retirees.

Income Conductor has been approved for use by advisors at more than 80 independent broker/dealers, including Cambridge, LPL and Kestra, as well as many large RIA firms and is currently in use by 220 advisors. It was born out of and improved upon the retirement planning process Lubinski used with his own clients.

“It was a bucket strategy where I divided a person’s [retirement] life into six or more eight-year time horizons, an asset allocation ladder in essence,” said Lubinski. “I used it for 35 years, none of them ever went broke—and it proved to be a very intuitive strategy for retirees to understand.”

After 18 months in development and adding comprehensive compliance features (for example the software records all the output a client sees), he rolled out the software-as-a-service to advisors. Hosted on Amazon Web Services, it can be white labeled for an advisory firm.

IncomeConductor fully automates the plan management process, pulling client portfolio and holdings data via direct integrations with custodians such as E*Trade and TD Ameritrade and advisory platforms and software such as SEI, Raymond James, Orion, Adhesion Wealth and Capitech. It also connects directly with aggregators Albridge and Plaid.

“Everything is driven off the income needs of the client,” said Lubinski.

The basic offering costs $50 per month or $540 annually. It includes plan creation and analysis and is for advisors new to retirement income distribution and time segmentation planning.

The firm understands that technology doesn’t replace the advisor conversation with the client and provides plenty of tutorials on the logic behind the results: from discussions on Social Security, to long-term care insurance, to annuities and which accounts should be liquidated early in retirement versus what to leave in the market for additional growth. The machine does the calculations; the advisor is armed with the means to explain the results.

Optimizing retirement income for clients is complex and time-consuming, and it traditionally hasn’t paid for advisors to focus on what is a dwindling portfolio. But thanks to the work of Lubinski, Malhotra and others, advisors have an opportunity to enhance their value to the client with demonstrably better outcomes.