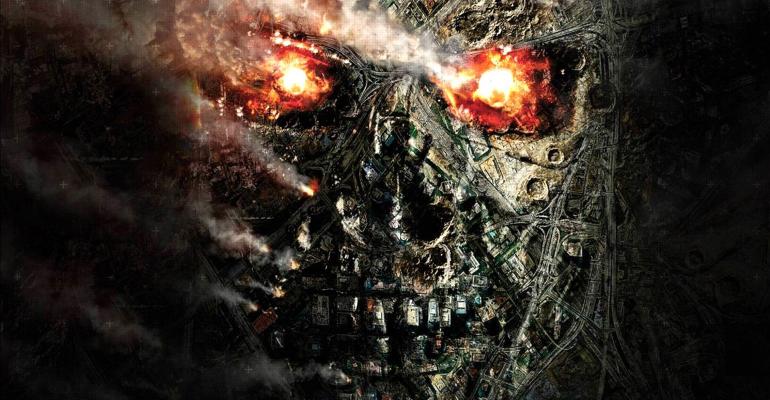 The big banks, independent robos and other digital CFO offerings have a long way to go. But they are coming for you.

Welcome to the first of my weekly technology columns for WealthManagement.com.

Six years ago, I left InvestmentNews for Fintech-Startup Land. Before that, I covered the advisor technology landscape and its multitude of players as both a reporter and columnist.

Returning to the wealth management industry now, I ask myself how much progress has been made during those six years. It is difficult for me to tell yet. What I can tell you is what I’ve seen over those years away, and why it is significant for advisors.

My first stop was automated investment service Wealthfront, where I worked for two years creating, editing and managing content. Then came a year at the fee-discovery-in-financial-accounts startup FeeX doing much the same thing. After that, two years as an analyst covering digital wealth management for Forrester Research.

A big part of my job at Forrester was fielding questions from senior execs at big banks, both American and Canadian as well as a few European firms. At the time, most of the banking executives were trying to sort out whether there was anything to this whole "robo advisor" thing. This was the subject of my first report there, “Banks Could Dominate Digital Investing, But They Won’t.”

That was published in January 2017. Here it is mid-2019, and still no big U.S. bank is publicly celebrating success in digital investing, despite many, many announcements of homegrown rollouts and partnerships.

So when I saw this headline weeks ago, it was with a mix of feelings, from amusement and irritation to vindication: “Bank of America is creating a digital financial coach to chase the ‘holy grail’ of banking.” That holy grail equates to lifelong relationships with the bank’s 66 million customers. Loyalty, in other words.

Of course, Bank of America cannot rely on its thousands of employees and in-house developers alone. It hired global management consultant McKinsey & Company to help reinvent something that was invented long ago—financial planning—and gave the story to CNBC as an exclusive. The story refers to the creation of a “digital financial coach”—but the process that will power it sounds a lot like the same sort of financial planning that advisors have been doing for decades.

I got to see an even more impressive offering just two years ago, an “automated personal CFO” offering from a then unknown startup called Cinch Financial. It’s not an investing application like Wealthfront but instead uses account aggregation that includes a user’s banking and credit cards combined with artificial intelligence (AI) to monitor spending, saving and investing habits and use predictive analytics to prioritize your financial life with suggested courses of action.

A lot of activity. But even so, advisors are in no immediate danger of being supplanted by automated investing or budgeting applications, regardless of whether they are from the big banks or startups. I do not think BofA has much chance for success either.

As an analyst I got to work with several big firms and banks, and in many cases, it was apparent that the marketing groups within these institutions were too divided to take a broad, unified approach to back any kind of digital reinvention. That’s not just my observation; the silence is deafening when it comes to any major bank or investment firm touting its success in bringing in assets under management under these programs.

Heck, U.S. Bancorp announced recently it had dropped its minimum account for its Automated Investor digital advice tool from $10,000 to $5,000 and cut its management fee from 50 to 24 basis points. Cuts like that usually don’t happen when assets are growing at a fast clip.

Even the unarguable success of quasi-digital offering Vanguard Personal Advisor Services remains largely a mystery (to the outside world). We know from the initial press coverage that the first $17 billion of AUM VPAS brought in was from legacy accounts already at the firm. Vanguard has not been transparent about just how much of the remainder of the current $130 billion-plus is from new clients and organic growth versus more movement of assets inside.

When it comes to the more than $37 billion currently in the Schwab Intelligent Portfolios product, we similarly are left to wonder about where that growth came from.

In a slightly different vein, startup Betterment has not acknowledged how much of its $17.5 billion is being managed on behalf of individual consumers joining the service versus those brought in through the more than 450 firms using its Betterment for Advisors line of business.

Winning millennials and the mass market?

But just because these firms aren’t making a big splash right out of the starting box doesn’t mean advisors should be complacent. A race is on, and most of the advisory industry has its head in the sand.

Acorns launched in 2013 and filed its first form ADV in 2014, reporting $4.8 million in AUM and just shy of 50,000 clients for the year, and then more than doubled its user base and AUM in each of its first three years. Despite its growth, it’s kept its staff lean, reporting 12 employees on its ADV filed in February. Stash, on the other hand, has staffed up, reporting 15 employees on its first filing in 2016; that number grew to 235 on its April 2019 form ADV.

Dynamics are in motion that have never been seen before. Technology is empowering these startups as well as a host of others, including many neobanks, payments, loan, and account aggregations companies. What remains unclear is how many will develop successful offerings and grow fast enough to outlast their venture capital and private equity financing into IPOs or profitability.

Add to this the toll an economic swoon could take in bursting the current bubble (as some are calling it). Nonetheless, we are seeing a large number of players rapidly innovating and iterating at a fast pace, wooing a demographic that wealth management incumbents deem unprofitable and are uninterested in pursuing.

This leaves me wondering who has the best chance to succeed? Small, young, nimble startups employing top developer talent and garnering actual loyalty from young clients by rolling out products and features they need and want? Or the incumbents with their large bureaucracies, heavy regulatory burdens and aging clientele?

My money and hopes are pinned on the former. They may survive only as a wholly owned subsidiary of an incumbent. But they aren’t going away.

I really wish advisors would make it more of a priority to work with younger clients and help them grow their assets even when it's not profitable. Someone, armed with technology, will eventually succeed at capturing that demographic in a substantial way. When they do, it will be too late for many incumbents to make their case.

Davis Janowski has covered technology for 20 years as a journalist and is now working with WealthManagement.com on tech-related projects and research.