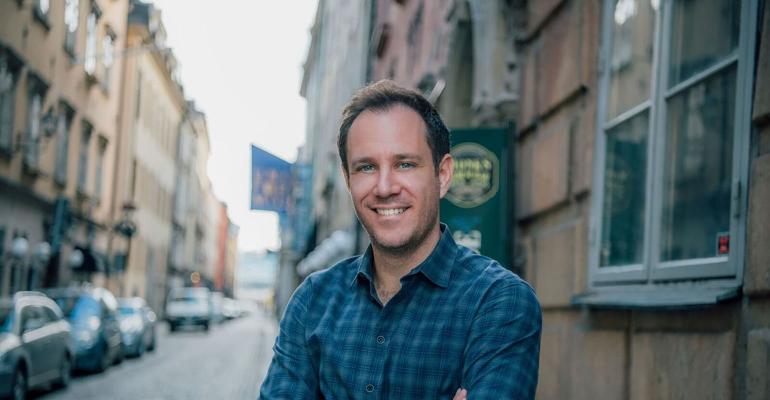 Targeting millennials and blurring the lines within financial services, Qapital is fusing its “paycheck allocation” service with Qapital Invest, its new robo investor.

Budgeting and savings app Qapital is moving into wealth management with today’s formal unveiling of an automated investing service, Qapital Invest, a service that’s been in beta testing since May. Qapital Invest, intended for novice investors, takes a user’s direct deposits and divvies up the funds for fixed and discretionary expenses, investing the leftovers in a portfolio based on a risk profile questionnaire. It’s a “paycheck allocator” service similar to the one that automated investing platform Wealthfront has indicated interest in providing, but has yet to launch.

In a departure from the approach taken by automated advice platforms that see no need for human-provided financial planning, Qapital frames its services as preparation for eventual collaboration with an advisor, said O’Neal Rowe, chief marketing officer. “When someone reaches that life moment to talk to an advisor, they will be imminently empowered to help make decisions,” he said. “An empowered consumer because they used Qapital for 15 years, I think, is a win for both parties.”

Indeed, the Qapital team has approached digital financial services in the U.S. with a background informed by their time at Avanza, a Swedish digital savings and investment platform known as the “Schwab equivalent of the Scandinavian market,” said co-founder and CEO George Friedman. Qapital first launched its app in Sweden in 2013 and later refocused on the American consumer, finding a bigger market with more potential, said Friedman. The firm has some 500,000 users, he said, and raised $30 million in capital in April.

With the addition of its investing platform, Qapital users can send their paychecks directly to Lincoln Savings Bank, the same institution used by Square and Acorns, where a series of user-built savings rules will disperse the funds among various short- and long-term spending buckets, as well as toward fixed expenses like rent or groceries. Users also have the option of using their existing checking account as the starting point for allocating funds.

In addition to long-term investing, users can set up buckets for goals like a down payment for a house. Qapital has a series of preset rule suggestions, as well, like its popular Freelancer Rule that sets aside funds for taxes due—an increasingly important category for gig economy workers, said Friedman.

There are five investing portfolios offered by Qapital, from very conservative to very aggressive, recommended to users based on the time horizon of the individual savings goal paired with a risk questionnaire created Qapital. The underlying investments consist of the same 12 ETFs ranging from most aggressive, at roughly 90 percent equities and 10 percent fixed income, to most conservative, with an approximate mix of 90 percent fixed income and 10 percent equities, said Paul Wigdor, head of Qapital Invest. The ETF providers are Vanguard, iShares and SPDR.

Portfolios are rebalanced on a quarterly basis by default, said Wigdor, or after “significant market moves.” There is no tax-loss harvesting, but it’s an option for the future.

“The majority of our users have never invested before,” said Wigdor. “It’s very important to us to be able to limit our users’ exposure on the downside even if we give up a little on the upside.” The investment mix has a “value tilt” and a higher exposure to cash than some other robo products, he added.

The full investing service is built on a subscription model, and Friedman says it’s the next step in the chain after Qapital’s Spending Account (checking service) and Goals Account (savings service) services. Apex is the brokerage service partner; Plaid is the data aggregator.

Fees come out as a fixed membership rate of $3, $6 or $12 per month, depending on the level of services the user wants, according to the company. Besides the monthy fee, the complete package of checking, savings and robo advisor has “no hidden fees, no transaction fees, zero management fees,” said Friedman.

Wells Fargo is the banking partner providing Qapital’s savings product, which earns a nominal amount of interest. The interest rates for the firm’s savings and money market accounts will be worth watching as interest rates are predicted to rise. Cash is seen by some advisors as an advising opportunity and Betterment even built a product around cash management.

Qapital also plans to build a retirement product that supports IRAs in 2019, according to Wigdor. Investing accounts are currently only available for taxable accounts.

For the moment, the service is squarely targeted at young investors who are under 35, said Friedman. The firm is exploring partnering with companies’ HR departments as a cash management and investing service for workers, he added. The company’s strategy, similar to Acorns and the opposite of Stash Invest, is to move from banking into wealth management. Square has also considered more aggressively entering the banking and investing sectors of financial services.

Qapital’s stated approach to human-provided financial services stands out: it’s anything but antagonistic. “I don’t know that it’s a zero-sum game where you’re tied to an app,” said Rowe. When users “talk to an advisor, as they grow up and earn more, I think the handshake is going to be much more meaningful.”