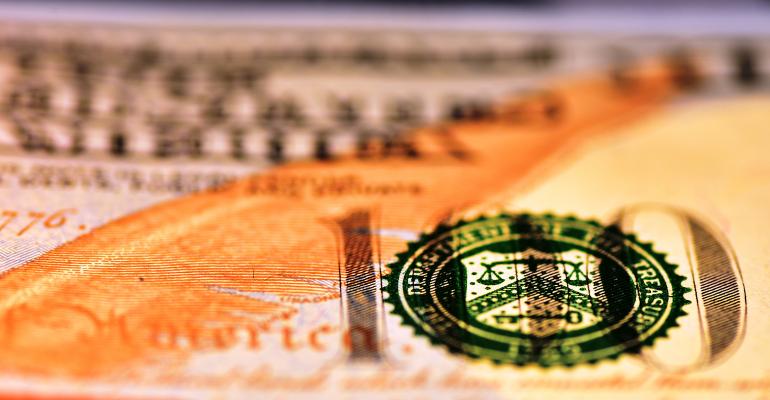 Cash Can Be Advising Opportunity

Cash is providing far from kingly returns, but that may be just the opportunity advisors need to add value, retain clients and capture wallet share.

Getting strong returns on investor cash is becoming increasingly important as the Federal Reserve, which held interest rates near zero for more than half a decade, began to raise rates at the end of 2015 and is predicted to continue raising them. Among advisors, particularly those explaining to clients their decision to break away from large broker/dealers (especially those b/d offers just a few basis points on cash deposits) better interest rates on cash and cash equivalents can be a strong factor in client retention—and can even lead to an advisor increasing their wallet share.

Advisors may be experienced at educating clients with lower total household wealth about the advantages of investing cash instead of keeping it in savings or checking accounts, but high-net-worth-individuals, in particular, tend to hold outsized amounts of cash. Citi Private Bank clients who have more than $25 million in investable assets still hold about 22 percent of their wealth in cash, according to David Bailin, the bank’s global head of investments, in a recent Barron’s report. Ultra-high-net-worth individuals have behavior “similar to retail except it was worse,” he told the publication.

High-net-worth clients often keep such high levels of cash as “dry powder” said Gary Zimmerman, CEO of MaxMyInterest, which offers a cash management tool for both individual investors and advisors. The company recently announced that Dynasty Financial Partners was adding its tool, Max, to their platform. The tool is designed to reallocate cash among high-interest online banks, maintaining what is now 170 basis points of arbitrage alpha from rates offered at brick-and-mortar banks, according to Zimmerman. Max’s current cash return yield is 1.81 percent and is FDIC-insured.

The partnership between Dynasty Financial and MaxMyInterest provides benefits to both advisors and investors, said Zimmerman. Investors get better rates for their cash, while maintaining the security provided by FDIC insurance. Breakaway advisors have a clear, no-frills explanation of why a client should continue working with an advisor—higher interest rates—as well as a more holistic picture of all of the client’s assets.

“It’s routine for us to see people show up to the Max platform with a million-and-a-half sitting in a checking account earning nothing,” said Zimmerman. “Modern portfolio theory tells you, ‘You really shouldn’t hold a large percentage of assets in cash.’ That being said, human behavior is quite the opposite.”

Although waiting for the perfect investable moment by sitting in cash can mean, as a deputy CIO at Wells Fargo Private Bank put it, “giving yourself a negative return,” another creative solution might change the discussion entirely, offering the liquidity of cash with even greater returns.

Earlier this year payment processor Galileo announced a new product that allows investors to make transactions directly against invested securities. Already known for providing the backbone to Interactive Brokers’ integrated payment card, part of an award-winning brokerage product, Galileo has built a processing system that they say allows investors to stay invested in a non-cash vehicle up until a point of sale.

Galileo, which is offering their product to financial advisors, specifically targets “consumers dissatisfied with low returns on the cash assets they set aside for everyday expenses and short-term saving,” according to CEO Clay Wilkes. He argued that everyday savers should get the same cash interest rates as companies with large cash balances like Apple or Berkshire Hathaway. “One hundred percent of funds are invested until consumers need to pay their rent or mortgage, transfer money or buy a cup of coffee,” explained Wilkes. “This could, in effect, make a brokerage account the new checking account.”

The product allows investors to make direct purchases against their investments. Galileo processes the payment and triggers the sale of the investor’s assets to pay off the charge. Instead of seeing a debit charge on a checking statement, users would see a sell order on their brokerage account.

Advisors who use the product would be able to build a moat around the assets that they advise, said Wilkes, because the need for a large percentage of assets held away in cash would be diminished. Instead of a bank’s wealth management division potentially luring a client away from an advisor, the client would have more incentive to move all of the assets to the advisor and create a financial plan for the cash and cash equivalents.

With several trillion dollars of investor cash and cash equivalents on the table (Wilkes estimates more than $9.5 trillion is available among consumers and small businesses), advisors are finding that cash management can be a game-changing proposition.