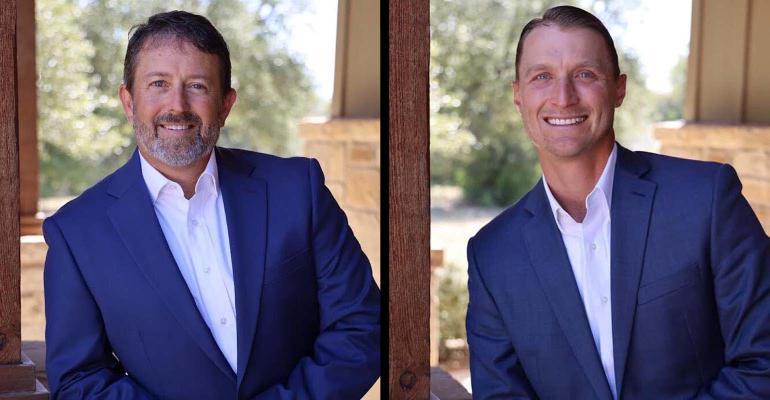 RIAs announced fewer deals in the third week of the year, but the industry still shows a clear trajectory of growth as firms added capital, talent and capabilities. Commonwealth Financial Network lured $1 billion away from Edward Jones; Steward Partners brought in a long-tenured tech executive with a resume that includes E*Trade, Cetera and AssetMark; RIA and alternative investment manager IEQ sold a minority stake to Stone Point; and Cerity picked up another $1.9 billion. Meanwhile, Pallas Capital announced the graduation of 41 college students from its inaugural financial literacy and investing program.

Waltham, Mass.-based Commonwealth Financial Network, one of the nation’s largest hybrid advisor platforms, announced this week that it has recruited a team of 17 from Edward Jones, along with an additional $1 billion in assets and offices throughout Texas and New York.

Cedarwood Financial Partners, based in Temple, Texas, was launched in November by Managing Partners Dylan Ripley and Todd Vincent and focuses on retirement income and planning strategies, executive benefits and 401(k) plans, and trusts, estate transfers and other complex financial situations.

“We knew we wanted to own our own business,” Ripley said in a statement. “Once we saw that we could have the freedom and the exceptional back-office support in one, we couldn’t unsee it.”

The team will use Commonwealth's platform to provide alternative investments and options-trading strategies, as well as other capabilities and a "better client experience," according to the announcement.

“The added flexibility, particularly with social media, is key to effectively promoting our brand and reaching and engaging with our target prospects,” said Self.

Privately owned, Commonwealth was established in 1979 and currently boasts more than 2,000 partners with around $273 billion in client assets on its platform. During its National 2022 conference in November, CEO Wayne Bloom announced a goal of reaching $1 trillion in assets by focusing on its RIA channel.

Steward, an employee-owned hybrid RIA based in New York City, has grown its assets under management to more than $20 billion in under a decade, primarily through the recruitment of breakaway advisors. The announcement comes just two months after the firm announced it secured a $140 million credit facility to support an ambitious growth strategy.

Gurupackiam has more than 25 years of experience in the fintech sector, including 15 years with E*Trade, a stint as head of technology for Cetera and, most recently, as vice president of technology, wealth management and data at AssetMark. In his new role, he reports directly to President and COO Hy Saporta and is charged with updating and streamlining Steward’s information technology infrastructure to bolster the firm's growth.

"Mohan brings extensive experience both in technology and wealth management that will prove invaluable going forward,” Saporta said in a statement. “One of his key priorities will be the review of our existing technology, platforms, and third-party providers to ensure the current solutions meet the needs of our advisors, their teams, and clients."

"Steward Partners has a visionary management team and I'm a big believer in the employee-owned model and believe that the firm is at a point where it's ready for the next phase of growth,” said Gurupackiam, who has an engineering degree from India’s University of Madras, an MBA from Saint Mary’s College in California, his CTO certificate from Wharton School of Business and a side gig consulting for financial services and fintech firms.

"My primary goal is to build an innovative advisor experience with actionable insights that operates more efficiently and provides better service for our advisors and clients," he said.

Founded nine years ago with one advisor and around $100 million in assets under management, Steward now oversees around $23 billion across more than 350 partners, primarily through the recruitment of breakaway wirehouse advisors.

Cerity Partners, a New York City-based hybrid RIA with $62 billion in client assets, has announced its third deal of the year, according to reports.

Taken together, Cerity has added $8.6 billion in the first three weeks of the year.

Cerity has been an active acquirer over the past two years but picked up the pace after middle-market private equity firm Genstar Capital took over a controlling stake in the firm in October.

Founded in 2009, Cerity now oversees more than $45 billion in assets across more than 5,700 clients in its wealth management unit and around $13.2 billion across 165 retirement clients.

IEQ Capital, a registered investment advisor and provider of alternative investment solutions based in New York City, has secured a minority investment from Stone Point Capital, a private equity firm with a focus on the financial services industry.

Managing more than $18.3 billion in assets, IEQ provides advice, investment and family office services to more than 900 wealthy clients and a handful of charitable organizations.

“[T]his partnership aims to accelerate IEQ's quest to transform traditional wealth management through a differentiated investment platform, idea-origination, and the ability to connect, communicate and collaborate with its clients,” according to an announcement.

Prior to taking interest in the firm, Stone Point was a lending partner and the move was billed as “a natural evolution of the relationship.”

"As opportunity seekers, we continually look for ways to deepen our investment platform and enhance our family office client experience,” IEQ Co-CEO and Founder Alan Zafran said in a statement. “The partnership with Stone Point is an opportunity to advance these efforts, continue investing in technology and value-adding infrastructure, and to broaden our national footprint.”

Pallas Capital Advisors, a registered investment advisor in Braintree, Mass., has announced the launch of Pallas Institute, an intensive two-day training program designed to teach college students financial literacy and investing strategies while introducing them to the financial services industry as a potential career path.

Pallas Institute's inaugural class, including 22 women and 19 men, commenced on January 12 after attending sessions on topics ranging from stock analysis to financial planning.

"Given today's increasingly complex financial world, we designed an innovative curriculum that goes beyond the basics to demystify investment jargon," said Pallas Chief Growth Officer Greg Boyle, in a statement. "We thought it was important, for example, to offer a session on alternative investments to expose students to risk and return profiles of assets like private equity, private credit, and venture capital."

Fidelity Investments, Prudential Global Investment Management and Impax Asset Management all hosted "day in the life" sessions to introduce various career paths and Fidelity gave the students tours of its trading floor and its innovation hub, the Center for Applied Technology.

The inaugural program filled all available seats in just two weeks, according to the announcement, which noted that recruiting was done through the firm’s client roster, LinkedIn promotions and networking with organizations promoting diversity in finance.

"Without dedicated and proactive diversity initiatives, the industry is likely to continue to skew," Boyle said in reference to CFP Board data showing that fewer than a quarter of advisors are women and less than 18% are nonwhite.

Cornell University sophomore Rachel Friedland traveled from New York after learning about the opportunity through Girls Who Invest. "I not only gained the financial crash course of a lifetime,” she said, “but also authentic, transparent insight for breaking into a finance career, starting from step one.”

"Among the students I talked to, there was a misconception that you have to be an expert in math to be a financial advisor," said Pallas Director of Financial Planning Shannon Smith, who volunteered to teach part of the curriculum.

“That's no longer the case,” she said, explaining that technology and full-time investment employees do the bulk of the “number crunching” at many firms. “People skills and emotional intelligence are now the top skills to possess."

Since its launch in July 2019, Pallas has opened locations in Portsmouth, N.H., Park Ridge, N.J., and Wakefield, Mass., expanded its headquarters in Massachusetts, transitioned four advisor teams and onboarded more than $1 billion in assets. In June, Pallas CEO Richard Mullen told WealthManagement.com that he expects to be managing $5 billion within the next three years.