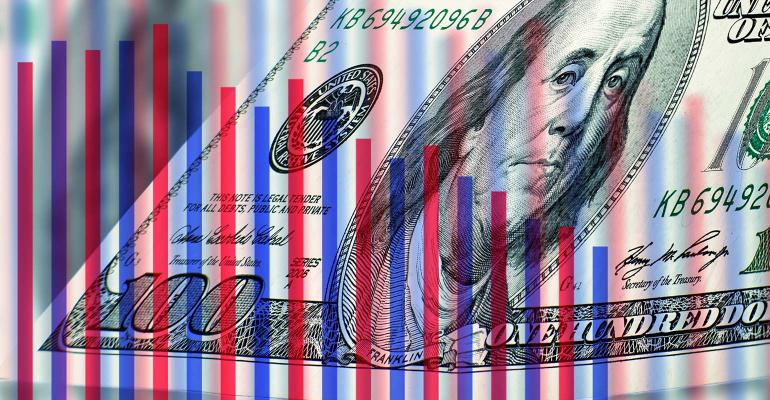 Do weeks of single-digit deals mean the RIA M&A market has turned a corner? Deal-makers weigh in.

M&A deal volume among registered investment advisors dropped sharply last month, according to industry monitors—but it may be too soon to declare the party is over.

“The wheels fell off the M&A train in early October,” said David DeVoe, CEO of the RIA-focused M&A advisory firm DeVoe & Company. Elevated interest rates and unpredictable financial markets typically conspire to slow M&A activity, he said, but it “remains to be seen if these pressure points are creating a short-term lumpiness of volume or a sustained downturn.”

DeVoe, which publishes quarterly reports, counted just a single transaction in each of the last three weeks of October—for a total of 15 all month, down 81% from the trailing 12-month average. The firm expects to end November with roughly the same number, a 35% decline from the monthly average of 23 deals seen through the first three quarters of the year.

The decrease in volume is more pronounced when compared with the same time period last year, when potential changes to the tax code contributed to a sense of urgency driven also by headline prices and the need for scale and succession strategies. The factors contributed to the standing quarterly record of 76 deals in the fourth quarter of 2021, by DeVoe’s tally.

Exact numbers vary by scorekeeper—but the trends, which experts consider more informative than totals, are consistent. Fidelity Institutional and Echelon Partners also identified the fourth quarter of 2021 as the most active for RIA M&A, with 79 and 99 deals, respectively. (Echelon has been reporting on the data the longest and consistently identifies dozens of additional deals through “longstanding relationships with the people that report deal volume,” according to CEO Dan Seivert.)

In 2022, DeVoe tracked 203 transactions over the first three quarters, while Echelon counted 269, and Fidelity identified 170. Fidelity also reported a steep drop-off in deals midway through the current quarter, with just 13 in October. Echelon declined to share midquarter estimates, arguing they’re unreliable, but has recorded declining deal volumes in each of the first three quarters of 2022.

DeVoe and Fidelity reported the data could indicate a “possible turning point” or “signal a cooling market,” but neither suggested to WealthManagement.com that volume is likely to remain at only a third of record levels.

DeVoe is still predicting that 2022 will break last year’s record of 241 by just a handful of deals—and that next year will likely set another record, potentially as high as 280. Scott Slater, head of Fidelity's practice management and consulting business for RIAs, isn’t sure whether another record will be broken but noted that volume is still up 16% over last year. “It’ll be very close,” he said.

Both said financial markets and the rising cost of capital are likely to dictate the degree to which the market may slow in the coming year.

Seivert said he sees no reason to expect any pullback in M&A activity and considers it unwise to draw inferences midway through the quarter. Echelon is still expecting to end the year with 345 total deals, he said, up from last year’s record of 307.

“We don’t see any change in the fundamentals as to why deal volume won’t continue at trend levels,” he said. “There will be ups and downs just like the market, but the long trend will remain in place.”

Volume aside, all three scorekeepers agree that deal structures are changing, private equity continues to play an outsize role, and acquisitions are getting smaller.

Rush Benton sits on Fidelity’s M&A Leaders Forum and heads up strategic growth for CAPTRUST, one of the fastest-growing RIAs in the nation, with 60 acquisitions in 16 years and $950 billion in client assets. Benton said he has seen “a bit of a slowdown” in recent months, citing “financial market turmoil,” but that the CAPTRUST M&A pipeline remains full. The firm is currently on track to complete about half as many deals as last year.

“We have a number of deals that are sort of bunched up,” he explained.

Benton suggested the plunging fourth quarter volume could be a delayed reaction to early market contractions, caused by potential negotiators pausing several months ago to see if a speedy correction would be coming. When it didn’t, he said, sophisticated buyers adjusted quickly and responded with “creative” deal structures that should allow sellers to recoup the full value of their practice when financial markets recover.

Others, such as Wealth Enhancement Group’s Jim Cahn, have said some new deal structures may also hide a smaller payout.

“Buyers are clearly lowering the amount they're paying in consideration at close than they were six to eight months ago,” said Slater. “They’re putting a little more structure into what the earnout requirements and time frame are going to be. Deal structure is where they can manage their risk as buyers a little more effectively.”

But there are “still plenty of buyers and plenty of capital” pursuing smaller deals as private equity continues to invest in the acquisitive platform model, he said. Smaller transactions, which require less capital and debt risk, have been making up an increasing portion of the total volume in 2022 by all tallies.

Benton said he isn’t necessarily seeing more small sellers coming to the market, but he is seeing more regional tuck-in opportunities that are of interest to his firm as CAPTRUST continues to grow its national footprint. “It kind of feeds on itself,” he said.

Waverly Advisors in Birmingham, Ala., has completed four transactions after taking on private equity partners HGGC and Wealth Partners Capital Group late last year—one firm with more than $1 billion AUM and others that have been in the $300 million range. Waverly now has $6 billion in AUM and appears undaunted by macro concerns. CEO Josh Reidinger said he expects to do up to eight deals next year.

Reidinger said he does expect to see a “barbell” effect caused by the ongoing economic uncertainty. He predicted that midsize practices like his will become rarer as they grow and leave fewer opportunities in the middle as firms become grouped at the large and small ends of the spectrum.

“I think you need to be maybe a little bit smaller where you can be very, very nimble or you need to get larger so you can really invest,” he said.

Benton and Reidinger both said it would take an event akin to 2008 to interrupt their own ambitious growth plans.

“A massive bear market would do it,” said Benton. “A real collapse like we had in 2008 in the financial markets. I lived through that. I was the CEO of a firm buying RIAs in ’08 and it definitely slowed down. So yeah, that could happen.”

“I think if there was a 2008-type event, but those are twice-a-century, black swan events,” said Reidinger. “Could that affect our business and others’ to do deals? Absolutely it could.

“But as far as what we’re seeing right now, anything short of cataclysmic? I don’t think so.”