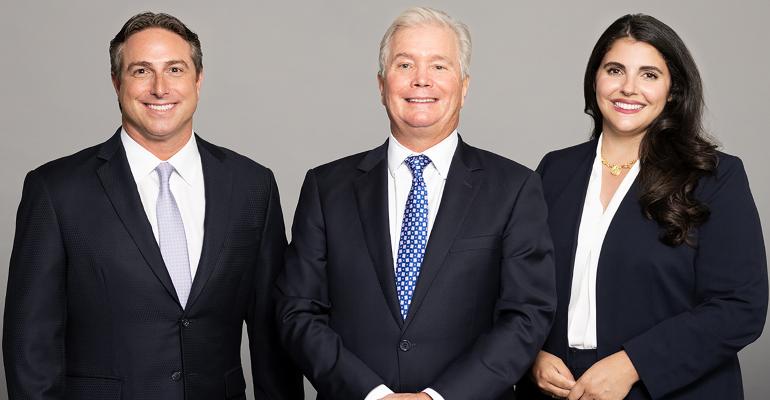 “Winning the business from an RIA of this caliber is a testament to all the hard work that our team has put in to further enhancing our solution,” said Jeremy Eisenstein, co-head of the RIA custody sales team within Goldman Sachs Advisor Solutions, in an interview with WealthManagement.com. “There is room for a new custodian in the independent wealth management space, and we are excited to bring more choice to the market.”

Related: Inside Goldman, Duran and Team Bring PFM and Ayco Together

Shagrin said the team was attracted to the prestige of the Goldman Sachs brand and its institutional-level trading and finance options. He said they plan on tapping into Goldman’s access to alternative investments, structured products, securities-based lines of credit and investment research.

“Our clients know and trust the Goldman Sachs brand, and we have been impressed by the highly experienced client service that Goldman provides,” Shagrin said, in an emailed statement.

Goldman Sachs executives say they have been an active custody provider since its acquisition of Folio Financial in September 2020 and have onboarded new RIA teams beyond the legacy Folio clients, Eisenstein said.

In June 2021, Goldman Sachs Advisor Solutions scored its first custodial client since the Folio acquisition, hybrid RIA Steward Partners. In August, WealthManagement.com reported that Steward was in the process of adding BNY Mellon’s Pershing as a custodian. Steward remains a custodial client of Goldman’s.

Some published reports say that Goldman is lagging behind a deadline it had for the RIA custody service, but Goldman executives said the firm has never publicly expressed any "time line" and there is not likely going to be a ribbon-cutting type of unveiling at any specific date in the future; instead, Eisenstein said to expect a quiet, continuous iteration of the service.

“We did officially launch in September of ’20 when we acquired Folio Financial,” Eisenstein said. “Since then, we’ve been actively providing custodial services to a significant number of clients, some of which have joined us post-acquisition.” The firm declined to disclose total RIA assets on the platform.

“Despite the press, we really have never set a time line. The real reason for that is that we are and will continue to constantly evolve this platform. New capabilities and solutions will be strategically brought out to market at varying points in time.”

Eisenstein says the unit has been focused on bringing Goldman’s investment capabilities, including its institutional-level access to alternatives, lending, capital markets and its investment research and insights—to RIAs.

“These were generally reserved for institutional-type clients, given Goldman’s background,” he said. “To be able to open these up for the RIA community is really what excites us the most.”

Some examples include Goldman Sachs’ investment research, access to its institutional trading desks and specialists across equity and fixed income, and lending solutions such as its GS Select platform. RIAs on the platform also get access to the firm’s Marquee platform, its digital storefront to access institutional analytics, pricing data, risk analytics, market insights and trading.

“If you think about the type of client historically known to Goldman on the institutional side—pensions, endowments, foundations, what have you, the access they were afforded, given the client they are, was something that the RIA community, unfortunately, was unable to obtain, until now,” Eisenstein said. “Goldman Sachs Advisor Solutions allows us to open up the firm to those that have an inability to access such tools.”

Eisenstein said the RIA clients are connected to the trading desks around Goldman Sachs. They’re looking to build out an integrated, unified managed account (UMA) and model manager service; he says they’re open to working with a third party on that, and may be looking to differentiate itself with a white-label version in the months to come.

The firm is also working on customizable digital client onboarding tools, to make the transition process easier for advisors. Shagrin said he was particularly impressed with Goldman's capabilities there.

“The GSAS platform is digital-forward, meaning it reduces friction in our day-to-day operations and creates a great experience for our clients,” Shagrin said. “Their fully-digital account onboarding tool will streamline our client onboarding process during our transition period. We also liked the platform’s open-architecture, and we have the choice to work with best-of-breed technology providers to support our business.”

Eisenstein declined to name specific tech vendors that Goldman is working with, but he said the tech platform is open architecture and that they are looking for a close, curated group of tech providers so that they can deliver “more meaningful integrations.”

“We want to be selective with who we collaborate and integrate with, and we’re going to take our time doing that, so these integrations can be a bit more meaningful and a bit more effective for the clients,” he said. “We just believe that this approach will provide more freedom, more choice and really empower advisors to deliver this best-in-class client experience that we so very much believe in.”

They’re going to take their time and be methodical in choosing tech providers, but it will span across portfolio management systems, CRM, turnkey asset management providers, etc.

“There’s a plethora of opportunities for us to integrate with various providers, and right now, we’re not fragmented,” Eisenstein said. “It’s that fragmentation that we want to avoid, and as we think about growing and we think about the world in which APIs are driving the way in which we transact and interact with our clients and the advisors, that’s what’s interesting for us is that we have the ability to really start fresh.”

Doug Fritz, co-founder and CEO of F2 Strategy, said Goldman had some work to do to integrate the Folio technology, which was originally built to serve the needs of robo advisors.

“Architecturally it really wasn’t built for RIAs,” he said.

Fritz said the hiring of Craig Cintron, former head of institutional technology consulting at TD Ameritrade Institutional, who joined Goldman Sachs Advisor Solutions last February as head of consulting, is a positive sign for the firm's eventual success. But Fritz believes Goldman has had to realign some of its resources to other parts of the firm, at the expense of the speed of building out RIA custody.

“There’s an expectation there that something’s coming out of this,” Fritz said. “You can tell me that you’re just taking your time, but a lot of us are going to look at this and say, ‘Are you really taking your time, or is it just not really important to you anymore?’”