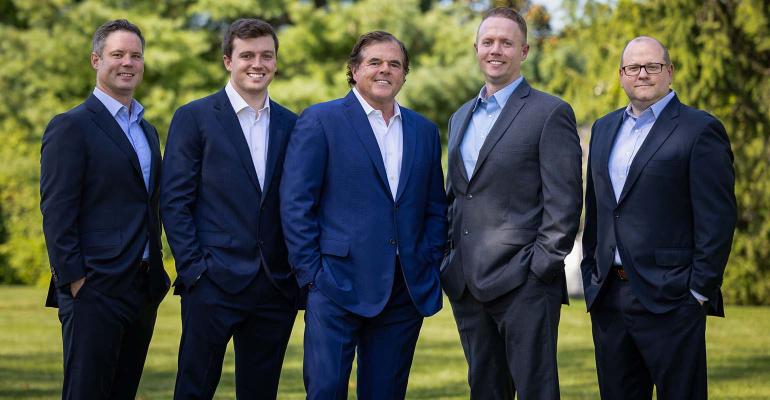 A former Morgan Stanley Private Wealth advisor and team launched the multifamily office and investment firm based in Radnor, Pa., with locations in New York City and Boston, backed by Dynasty Financial Partners.

Former Morgan Stanley Private Wealth Management advisor Jim Martin and a team of four announced they launched a new multifamily office and investment advisory firm on Wednesday. Nordwand Capital is based in Radnor, Pa., with offices in New York City and Boston.

Managing about $5 billion in assets for clients the team has worked with "for many years," Nordwand espouses “a prudent long-term investment philosophy that prioritizes performance across asset classes.”

“I've been in the business for 39 years and over the last 10-plus years, it's evolved to serving a couple of very, very large family offices,” said Martin, adding that the move from Morgan Stanley was "necessary" because of the "limitations from big brokerage houses and wirehouses to service very complex clients."

“This is something I've been thinking about for a while,” he said. “And now, with the help of my partners and associates, we are launching the firm and I'm very excited about it.”

Launched in partnership with Dynasty Financial Partners, Nordwand has two distinct businesses. The multifamily advisory practice will remain selective in terms of clients and focus on organic growth, said Martin. The other entity is Nordwand Investments, which will be the general partner of several listed and private investment funds. Nordwand Investments has already received more than $250 million in seed capital for its first three funds from founding family partners.

Martin said he expects to grow assets on the investment side more aggressively than the family office business.

Martin is both CEO and CIO of Nordwand, which he named for the north face of Eiger mountain in the Bernese Alps. Prior to the launch, he was most recently a managing director at Morgan Stanley Private Wealth Management, which he joined in 2016, and prior to that he worked with Credit Suisse’s private-banking division.

At Nordwand, he is joined by two colleagues who also made the move from Morgan Stanley, Christopher Boyle, Nordwand’s chief operating officer, and Daniel Kane, serving as senior associate. Before Morgan Stanley, Boyle worked in Credit Suisse’s private bank and Kane oversaw more than $1 billion in client assets for UBS.

“This is one of the largest fully independent firms launching in 2022,” Dynasty CEO Shirl Penney said in a statement, “and it shows the continuation of the trend of the most successful financial advisors and investment professionals moving toward full independence.”

“Meeting the needs and, in fact, demands of ultra-high-net-worth clients and prospects was at the forefront of Jim and his team’s decision to move to the fully independent RIA model supported by Dynasty Financial Partners,” said John Sullivan, Dynasty’s head of network development. “We expect Nordwand to flourish working with the select group of accomplished families they serve.”

“I couldn't have done it without Dynasty,” Martin said. “I think the evolution of the RIA business has come a long way. I don't think I could have done this 10 years ago. To have the quality and support and capabilities to service billionaire families is very, very select and I didn't think it was really available before—but now it is.

“It's been a tremendous help,” he said. “Not only with the organization, but with the product selection and everything.”

Nordwand has selected Fidelity as its custodian and is using eMoney for financial planning and Addepar for performance reporting, according to Wednesday’s announcement.