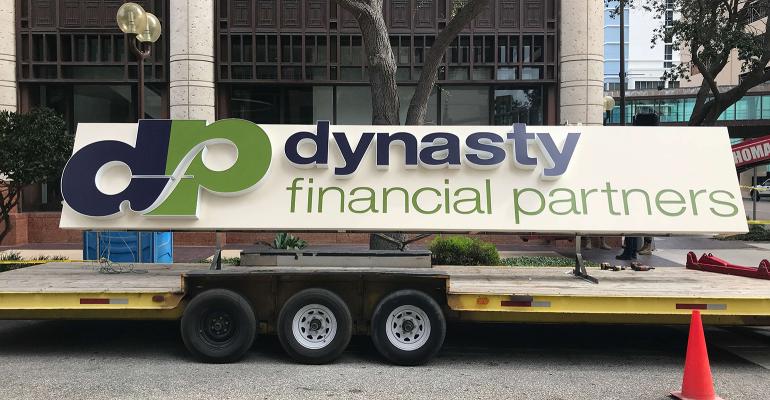 Dynasty IPO Still in the Works

An SEC filing on Wednesday signifies that the RIA services provider still intends to go public, contrary to a report.

Dynasty Financial Partners, the St. Petersburg, Fla.–based services platform for independent advisors, filed an amended Form S-1 with the Securities and Exchange Commission Wednesday, an indication that its initial public offering, filed first in January, is still in the works.

Sally Cates, a spokeswoman for Dynasty, declined to comment.

Earlier this week, Citywire reported that Dynasty had shelved plans for its IPO and was exploring a capital raise through private markets.

In January, Dynasty filed to list its Class A common stock on the NASDAQ Global Market under the symbol “DSTY.” The offering still has not yet been priced, so it remains to be seen how much capital Dynasty will raise.

The Wall Street Journal recently reported that the IPO market is the worst it’s been in 20 years, with high inflation, interest rate changes and the invasion of Ukraine forcing hundreds of firms into holding patterns until the markets improve.

According to Renaissance Capital, 54 IPOs have priced this year, down nearly 81% from last year, and just 95 new IPOs have been filed, down 71% from 2021. Companies have raised $4.5 billion in total proceeds this year, down 95% from a year ago.

Dynasty was founded in 2010 by President and CEO Shirl Penney and co-founder and Chief Operating Officer Edward Swenson, with the goal of helping breakaway advisors go independent and provide a services platform to help them launch their own RIAs.

Dynasty has since grown into a platform serving 48 partner firms representing 319 financial advisors with an average assets under administration per advisor of $212 million, as of June 30, 2022. The firm had $67.5 billion in assets under administration as of June 30, up 7% from a year ago. Dynasty reported revenues of $38.9 million on net income of $7 million for the first six months of 2022, up from $31.4 million and $6.9 million, respectively, for the same period of 2022.