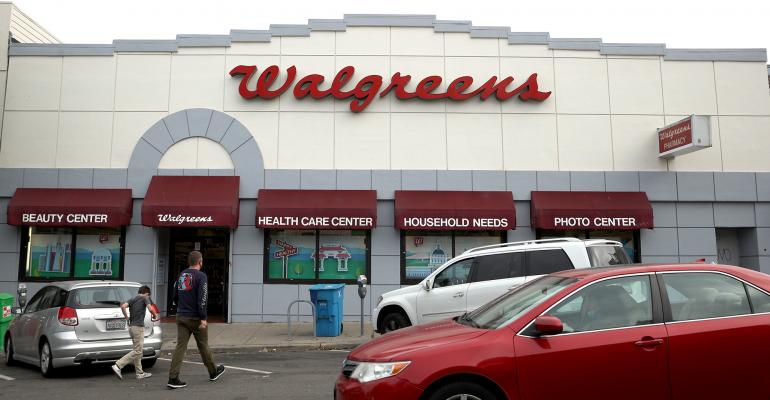 Will Inflation Erase the Demand for Net Lease Drugstores?

The lack of rent escalations in drugstore leases could be a problem in an inflationary environment. But the story is more complex than that.

When Walgreens announced last month that it planned to close several stores in downtown San Francisco because of safety and security issues—shoplifting, in particular—city leaders pushed back. After expressing doubt that crime drove Walgreens to make the decision, they suggested instead that the locations were underperforming due to the chain’s aggressive expansion in the city and cannibalization of its own stores.

Meanwhile, a small but vocal group of industry observers contends that Walgreens’ move to shutter stores indicates that the company’s finances are in a precarious state and insists that the decision had nothing to do with San Francisco or shoplifting.

Wall Street hasn’t paid much, if any, attention to the debate. Shares of Walgreens Boots Alliance are trading at $49.10, up 31.6 percent year-over-year.

Likewise, net lease investors seem to be unfazed by the hullabaloo. In fact, they’re far more concerned about increasing inflation and its impact on their real estate portfolios.

“There are no red flags for either Walgreens or CVS,” says Alex Sharrin, managing director with JLL Capital Markets. “Both companies are viewed very favorably by the marketplace.”

During the third quarter, more than $20 billion in net lease properties traded, making it the sixth strongest quarter on record, according to research from brokerage firm Stan Johnson Co. Retail properties accounted for $3.1 billion of the total.

Yet, Renshaw acknowledges that investor interest in drugstores could diminish, depending on inflation. Though commercial real estate is widely considered a hedge against inflation, the lack of rent escalations in drugstore leases often makes them less attractive.

Because inflation hasn’t been a major concern for the past several years, investors were happy to park their money in drugstores and feel secure in the long-term leases with fixed rent and strong credit.

But these flat rents matter in today’s inflationary environment, where investors need to adjust rents every year to keep up with inflation. Over the past year, the Consumer Price Index (CPI) rose by 6.2 percent.

“Drugstores offer great credit and great locations, but buyers are very nervous about the flat rents,” Renshaw says. “That’s one of the enduring problems for private and institutional buyers—that drugstore rents don’t track with the CPI.”

The lure of rent escalations is enticing many drugstore investors to look at other kinds of retail assets or even switch to industrial. “They’re not used to getting annual rent escalations, and they’re just blown away. It’s a huge differentiator for retailers such as Walmart and Target, as well as industrial properties,” Renshaw adds.

Alex Sharrin, managing director with JLL Capital Markets, says he and his team are seeing drugstore landlords selling off their assets because they’re worried that in-place lease economics will not provide a hedge against inflation. “Some investors feel that if inflation happens and interest rates go up, their cash flow will be in a bind,” he notes.

Though the outlook for drugstores looked murky as recently as two years ago due to online pharmacies and insurance plans that require mail-order prescription drug services, most of those fears have been allayed. The pandemic proved that drugstores can serve a purpose beyond filling prescriptions, says Jon Hipp, principal and head of the U.S. net lease group with real estate services firm Avison Young.

He points to the chains’ efforts to find innovative ways to deliver a holistic healthcare experience to consumers through its clinics and its expansion into primary care. Walgreens, for example, recently announced plans to acquire VillageMD for $5.2 billion, while CVS Health is looking to hire primary care physicians to serve consumers beyond its Minute Clinic and HealthHub stores, according to the chain’s new CEO Karen Lynch.

Hipp’s team is currently marketing a CVS HealthHub Pharmacy in Wayne, N.J. (part of the New York MSA) for a 5 percent cap rate. The chain has operated out of this location for 40 years and recently inked a long-term lease extension.

Because drugstores are considered “essential” businesses—not just essential retail—most net lease landlords haven’t had to deal with any rent interruptions that many owners experienced with other retail tenants, says Randy Blankstein, president of net lease brokerage firm The Boulder Group.

“Transaction velocity in the sector has picked up in a big way, leading to the compressed cap rate environment,” Blankstein says.

Strong demand for drugstores has pushed cap rates to their lowest level ever. In the third quarter of 2021, cap rates decreased to 5.8 percent, a 59 basis points decrease from the previous year, according to The Boulder Group’s Net Lease Drugstore Report.

“If you asked most market participants 18 to 24 months ago, no one would have guessed cap rates dropping to this level,” Blankstein notes.

While all three tenants within the sector provide investors with guaranteed corporate leases, there are differences in the credit profiles. CVS and Walgreens share an identical investment grade rating from Standard & Poor’s of BBB.

Rite Aid carries a non-investment grade rating of B-, which is the primary reason for the cap rate discount of 225 and 200 basis points compared to CVS and Walgreens, according to The Boulder Group.

“I remember in 2006 to 2007, during the last peak in the market, a CVS or Walgreens trading at a cap rate of 5.75 to 6.0 was considered a record,” says Brandon Duff, managing director and partner in Stan Johnson Co.’s Chicago office. “Today, cap rates for that same property are in the 4.5 to 5.0 range—100 to 150 basis points more aggressive. Considering the lack of supply, I expect this to continue into 2022, so long as interest rates remain low.”

For example, earlier this month, Stan Johnson Co.’s Zach Harris brokered the sale of two net lease CVS properties in Houston. Both properties sold to separate private investors at 4.5 percent cap rates. Both were constructed in 2019 as part of CVS’ national expansion

Increased demand and transaction volume for drugstores last year created a supply issue in 2021, according to The Boulder Group. As of the third quarter of 2021, the supply of single-tenant drugstores had decreased by roughly 20 percent compared to the previous year. All three major tenants within the drugstore sector—Walgreens, CVS and RiteAid—experienced decreases in supply ranging from 14 percent to 26 percent.

As of early November, there were 201 Walgreens on the market—a slightly elevated total from the 180 or so that’s been the norm for most of the year, according to B+E, which tracks available properties in real time.

There were 121 CVS stores on the market, which is in line with average. However, Renshaw expects more CVS stores to become available now that the chain has completed its recent expansion plans.

Notably, the supply of drug stores with long-term leases remains low compared to historical standards, mainly due to the lack of new store development. For the second straight year, the median remaining lease term for the drug store sector was less than 10 years, according to The Boulder Group.

“New construction is slow,” Duff notes, adding that both Walgreens and CVS have completed their expansion plans and are now focused on optimizing their typical store square footage and utilizing less space.

The limited development pipeline of new stores for all three chains means that the majority of long-term net lease investment opportunity will come from the “blend and extend” of existing leases or larger portfolios of sale leasebacks, according to Blankstein.

Many of today’s drugstore sellers are private investors or investment funds that acquired drugstore properties from about 2010 to 2018, according to Duff. They’re selling now—while there’s still lease term remaining that is accretive to the value via a disposition—to take advantage of the cap rate compression.

Even drugstores with short-term leases aren’t lingering on the market for long. For example, JLL Capital Markets recently closed on the sale of two drugstores in Southern California, a Rite-Aid in Riverside County that traded for $8.4 million and a Walgreens in Orange County that garnered $1,000 per sq. ft. for a total of $11.3 million.

“Investors are attracted to the recession resistance and durability of pharmacies, as well as their strong locations on outparcels and hard corners,” says JLL Managing Director Gleb Lvovich, who brokered the deal along with Director Daniel Tyner. “Our team was able to sell through short lease terms and flat rents by highlighting the real estate value and the strength of each site. At the end of the day, while credit is important, investors are attracted to strong real estate.”

Priced out of the market

With the exception of larger portfolio deals, private and 1031 investors account for the vast majority of net lease drugstore buyers today. In 2021, more than 75 percent of the single-tenant drug store transactions were acquired by private and 1031 exchange buyers, according to The Boulder Group.

Exchange buyers and individual private investors have always been a major buyer pool for drugstore properties. However, over the trailing 12 months, they’ve comprised an even greater percentage of the buyer pool when compared to the previous 10 years, Duff notes.

“Because cap rates have compressed to historically low levels, many of the other buyer profiles (REITs, investment funds, etc.) that have typically been active buyers of drugstore properties have been priced out of the market,” he says.

He and other market insider expect that private investors, including 1031 investors, will continue to be the most active buyers of net lease drugstores. Even in an inflationary environment, hard-corner locations and well-known names attract buyers. Not to mention that both Walgreens and CVS provide unit level sales reporting—something that other retailers are not required to do—thereby creating an additional layer of comfort and certainty for investors, Duff adds.