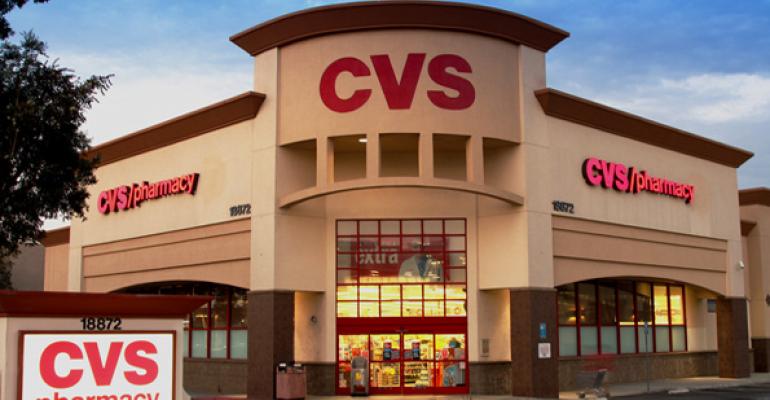 By expanding its range of services, CVS is giving its consumers even more reason to come to its stores, according to industry experts.

After CVS Health Corp. announced on Sunday that it bought Hartford, Conn.-based Aetna in a cash and stock transaction worth about $69 billion, it was clear the deal would change the way that basic health services are delivered in the United States. Commercial real estate experts also see potential for CVS to strengthen its position against Walgreens Boots Alliance, its closest peer when ranking the largest pharmacy retailers by prescription sales and store locations.

In roundups of the largest pharmacy retailers by prescription sales, CVS Health Corp. and Deerfield, Ill.-based Walgreens usually jockey for the top two positions. Woonsocket, R.I.-based CVS operates more than 9,600 retail and specialty stores across the country, while Walgreens has about 13,000 stores in 11 countries, and is planning to buy about 1,932 Rite Aid stores by the spring of 2018.

“This is going to make CVS stronger against Walgreens,” says Howard Davidowitz, chairman of Davidowitz & Associates, a national retail consulting and investment-banking firm based in New York City. “Some years back, CVS, Walgreens and many other drug store retailers decided to offer healthcare. They have RNs available, so you can go in and get diagnosed.”

As Americans seek ways to cope with the rising costs of health services and health insurance, drug stores that provide affordable and convenient approaches to low-level healthcare appear to offer at least a partial solution, Davidowitz says. He notes that by expanding its range of services, CVS has given consumers even more reason to come to its stores.

“When you add the medical services, then you are talking about something Amazon cannot do,” he says. “Amazon cannot diagnose you for a red eye, but someone at CVS can. Retailers have got to go where Amazon isn’t already or cannot go.”

CVS goes where no other drug store treads

Not only is Amazon not in the space of the so-called “healthcare hubs” that CVS executives envision, but other drug store retailers are unlikely to respond in a similar way, say experts. Especially not Walgreens.

“Over the past 10 years, we’ve seen a bifurcation,” says Vishnu Lekraj, the CVS and Walgreens analyst for Chicago-based firm Morningstar. “Both companies have pursued different strategies. CVS has become more of an all-encompassing healthcare company and Walgreens has chosen to remain a retailer and maximize its sales per square foot.”

From a competitive standpoint, it is not necessary for one company to react to the other, Lekraj says.

“If CVS closes on Aetna as planned, that … will create a brand-new business model in the U.S.,” he says. “CVS would then take its retail stores and utilize them not for retail primarily, but for healthcare hubs.”

As it stands now, Aetna is CVS’ largest customer. The companies have a partnership wherein Aetna outsources part of its pharmacy benefits management to CVS’ Caremark business, according to recent observations published by Adam J. Fein, president of Pembroke Consulting, Inc., and CEO of the Drug Channels Institute on the institute’s website.

Despite the strong pre-existing partnership between the two companies, they face integration and implementation challenges as they move toward becoming a larger enterprise, Fein writes.

“The anti-trust review will be lengthy, extensive and highly controversial,” according to Fein. “Meanwhile, Caremark will be battling to gain and retain PBM market share.”

Specifically, a crucial part of the integration strategy will be to turn CVS stores into so-called healthcare hubs, where consumers can walk in and receive medical attention without a doctor’s care. While the idea is intriguing, persuading Americans to shift more of their care to the drug stores and fitting out the sites for broader medical delivery could prove to be a long and complex process.

The next few years will likely be bumpy for the new CVS Health and its customers, suppliers, employees and shareholders, he notes.

It also will be some time before market participants can get a sense of how valuable existing CVS locations will be for net lease investors after the acquisition, says John Feeney, a vice president at Northbrook, Ill-based The Boulder Group, an investment real estate services firm specializing in single-tenant net lease properties. A recent CVS net lease deal closed at a 4.75 percent cap rate, according to information from Herndon, Va.-based Calkain Cos., a national net lease brokerage and consulting firm, while another property is being marketed at around 5.50 percent, according to The Boulder Group.