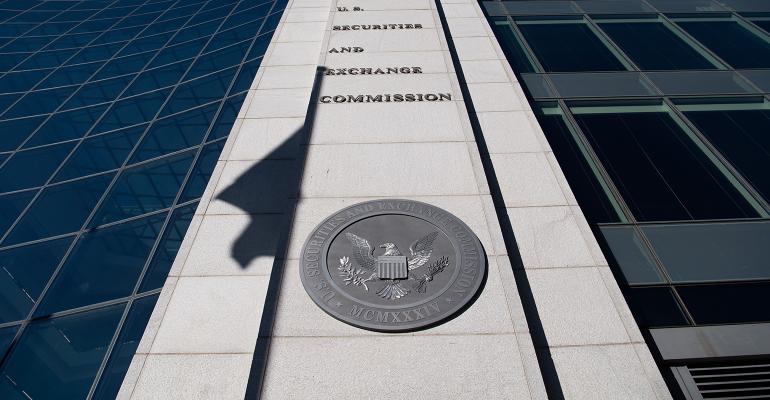 What’s Worrying Advisors on the Eve of the SEC Ad Rule?

The commission’s rule update on advertising and marketing reaches its compliance date on Friday, and experts are warning firms to make sure they’re ready.

As the compliance date for the Securities and Exchange Commission’s marketing rule arrives on Friday, experts say the industry is continuing to grapple with its expansive scope.

Max Schatzow, an attorney and co-founder of RIA Lawyers, said advisors seem to be “in very good shape” to comply with the rule, and that most RIAs have made a good faith effort to comply. Nevertheless, he expected the months after the Nov. 4 compliance date to be “fairly messy” as firms and regulators alike acclimate to the new normal.

Related: Infographic: Does Your Ad Comply With the SEC’s New Marketing Rules for Testimonials and Endorsements?

“This is a big rule; really, it’s two or three big rules in one,” he said. “And I think there’s going to be a ton of learning in those early months.”

Particularly, smaller firms need to be on alert, as larger companies with more robust compliance infrastructure already have been implementing needed changes, according to Ronald Niemaszyk, a partner at Wipfli, a consulting firm that includes specialties in wealth and asset management. For smaller RIAs relying on independent providers for compliance needs, they may not have thought in depth about the scale of the changes required.

“What I’ve seen is a lot of times they wait on what their compliance consultant tells them to do and implement it. The problem is these are significant changes, and my concern with this is they’re not paying attention to what those changes are,” he said. “They clearly see them and read about them, but I don't know if all that’s being fully implemented all the way through.”

The SEC’s finalized ad rule was announced in late 2020, and it officially went into effect on May 4 of last year. The new rule dictates when and how advisors can use testimonials and endorsements in advertising, as well as the kind of performance metrics that can be cited.

According to former SEC Chair Jay Clayton, the rule was intended to modernize “traditional advertising and solicitation regimes” that went untouched for decades. The updates allow registrants to use testimonials and endorsements under certain conditions, including requirements to disclose whether endorsers are clients and if they’ve been compensated.

An annual survey from the Investment Adviser Association this summer showed nearly eight out of 10 respondents called the ad rule the industry’s most pressing compliance topic for the second straight year. Nearly 70% expected to be ready for the Nov. 4 compliance date, and more than nine out of 10 expected they may curtail some social media marketing because of the rule.

But compliance experts cited several pitfalls for firms as they prepare to get (and stay) in compliance. Some firms may believe they can wait to make changes as long as they’re not issuing new ads or marketing materials, according to John Gebauer, the chief regulatory officer with ComplySci, which offers compliance software and consulting for financial institutions. But this is a misunderstanding of the rule, for any ads and marketing materials used after the date need to comply.

“It’s not the creation date of the piece or of the post or whatever it is, it’s when it's being used,” he said. “That doesn’t mean it’s violating the new rule, it just means it may.”

The rule’s most difficult changes pertain to citing performance in advertising, according to Dan Bernstein, the chief regulatory counsel for MarketCounsel. But overall, he felt the rule seemed more in line with a “principles-based” regulation, akin to the Advisers Act.

Schatzow also cited uncertainty in the rule about “investment analysis tools,” and whether they qualify as hypothetical performance (the usage of which is heavily curtailed by the rule). He said an analysis tool that provides information on whether an advisor can meet a certain objective, or envisions historical performance for a specific advisor-offered strategy, might meet the technical definitions of what’s allowable, and clients are figuring out how far they can push that definition.

Many advisors are responding by moving away from hypothetical returns altogether, according to Michael Kim, president of AssetMark, a turnkey asset management platform for financial advisors. But he cautioned that many returns advisors use to market to clients might be considered hypothetical, even if they don’t realize it.

“I think it’s more of an issue than people realize. For example, model portfolios and their performance are technically deemed hypothetical,” he said. “We’re going out of our way to make sure our advisors have the right level of disclosure to comply with the new marketing rule, and where appropriate help people move away from the model returns or hypothetical returns to composite or actual account-level returns.”

ComplySci's Gebauer expected the use of testimonials and endorsements to increase dramatically, though he cautioned advisors that it was a “double-edged sword” due to additional compliance obligations, particularly if there was cash compensation for endorsements. Kim agreed that advisors would begin adopting testimonials and endorsements after getting more comfortable with the rule post-compliance date, though MarketCounsel's Bernstein expressed surprise that there weren’t more firms forging ahead with them already.

On the regulatory front, Gebauer said the SEC would likely bring some kind of enforcement actions within six months, speculating that they’d likely focus on timely adoption of the rule in firm policies rather than more nuanced lapses. Schatzow expects the first actions would concern “low-hanging fruit,” like firms that made no effort to comply with the new regulations, while singling out firms who didn’t move away from using hypothetical performance.

“I have suspicions that the staff and Division of Exams has already identified some firms that they’re ready to recommend for enforcement on Nov. 5,” he said. “It wouldn’t shock me if that’s the case.”

“If it’s written in their manual, it has to be done,” he said. “It’s good that they updated it, but they’ve got to live up to those things."