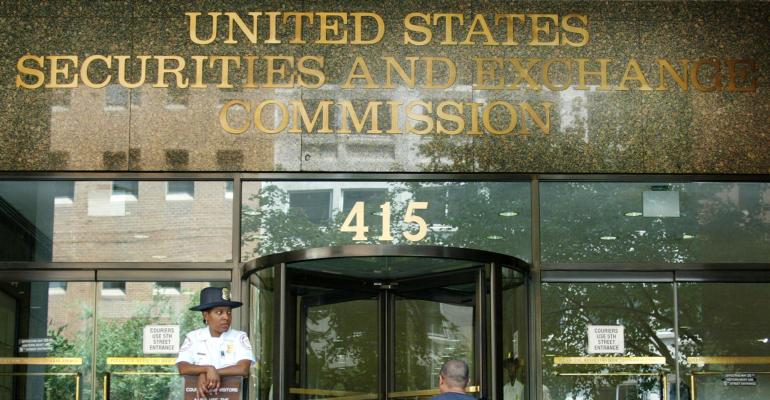 The U.S. Securities and Exchange Commission’s Marketing Rule was approved in December 2020 and came into effect on May 4, 2021. From that point, registered investment advisors have had an 18-month transition period—until Nov. 4, 2022—to fully adhere to its updated regulations. This article will delve into how and why it has come into practice, the changes that have been made and the subsequent steps that must be taken by RIA compliance teams as the deadline looms.

The appeal behind the modernization of the existing Advertising Rule 206(4)-1 is clear. It has remained largely unchanged since its adoption in 1961, an era which predates the internet, personal computers and a large proportion of the technology at businesses’ disposal in 2022.

As a result, the doctrine is out of touch with the landscape that it governs. It specifically impacts RIAs based (or providing services) in the United States, and the updated iteration reflects modern habits; namely the mass consumption of digital media and the abundance of channels through which that occurs.

As part of the new Marketing Rule, the SEC will operate on a clean slate basis, withdrawing all of the arbitrary guidance that has been issued as a stopgap measure since the original Advertising Rule. The regulator recognizes that “this amended rule replaces an outdated and patchwork regime on which advisers have relied for decades.” It’s a significant overhaul, which is why firms were granted 18 months to adhere.

Despite this generous grace period, it would be remiss to anticipate leniency when Nov. 4 arrives. On the contrary, ample time has been granted to ensure the necessary upheaval takes place, so excuses are less likely to appease the regulator. While the revamp of processes and systems has been made more difficult by the influx of remote work in recent years, this hurdle was taken into consideration when the rule was ratified.

The SEC has demonstrated that any period of pandemic-enforced leniency is now over, which is potentially indicative of how far they’re willing to stretch their patience on matters of compliance. The regulator appears serious about enforcing the new Marketing Rule: In May it launched an email campaign to remind RIAs about the upcoming deadline, plus the steps they’ll need to take to comply. Calling the SEC's bluff or pleading ignorance appears a foolish course of action.

Most RIAs seem to agree. The Investment Adviser Association recently conducted its annual survey of compliance staff at 425 investment advisor firms, sharing the findings in July. For the second year in a row, implementing the Marketing Rule remains the No. 1 worry for RIA compliance officers. Seventy-eight percent of respondees cited advertising/marketing as the ‘hottest compliance topic for 2022,’ an increase of 20% from the previous year. The impending deadline is not a coincidence.

The same survey reported that 96% of advisors expected to comply with the Marketing Rule on or ahead of the November deadline, with 11% of those already doing so. Just 4% claimed that they were unsure of their compliance time frame. It’s a matter of urgency, and the message appears to have landed among the vast majority of RIAs.

But what does the new Marketing Rule mean, and what must RIAs do differently?

1. One Rule to Rule Them All

The new rule makes good on its word (to simplify the patchwork affair that preceded it) by combining two others: the existing Advertising Rule, Rule 206(4)-1 and the Cash Solicitation rule, Rule 206(4)-3.

In order to streamline this consolidation, the SEC redefined "advertising" to cover two clear points.

A so-called advertisement now includes any direct or indirect communication an investment advisor makes that:

The impact of the above alteration is enormous. While previously, advertising was largely limited to print media (brochures, catalogs) or communications made through TV and radio, it now also applies to electronic communications, meaning that a significant number of digital platforms (websites, email, instant messaging platforms, etc.) find themselves under regulatory scrutiny.

The second point encompasses a variety of communications (endorsements and testimonials) that always have been essential in the world of advertising, but now have evolved into a different form, on social media platforms in particular. They’re very important weapons in a firm’s marketing arsenal, and with the growing legion of agents wielding influence in every conceivable industry, companies will now need to clearly disclose if the individual/organization posting has been compensated by them in any way. The advisors must also have a written agreement with promoters/influencers and must oversee their compliance with the Marketing Rule. The onus is on the advisor; there’s no debate on where the accountability lies.

The SEC replaced the existing prohibitions in the Advertising Rule with seven new general prohibitions.

Investment advisors may not circulate any advertisement that:

The principles place a higher burden of proof on advisors, requiring them to maintain evidence to back up their claims. In a nutshell, advisors will be required to catalog advertisement to prove their adherence to the above stipulations. This also applies to any communication/documentation that has informed their understanding of whether the content within the advertisement is true, and the same applies for testimonials and endorsements.

The Role of Communications Archiving

As more varied communications now fall under the definition of advertising, the SEC has issued “related amendments to … the books and records rule.” RIAs must archive and keep records of all advertisements that they have circulated, which now encompasses email, websites, social media profiles and an ever-expanding list of platforms. Importantly, advertisements now are defined by the messaging that they contain, as opposed to the avenue through which they’re conveyed, ensuring that the SEC will not be permanently playing legislative catchup as digital channels continue to proliferate.

When we log on to a website, we see only its form at that given time, so it’s impossible to prove compliance over a sustained duration. While other channels (social media, email, instant messaging) provide easier access to historical data, these messages/posts are not stored immutably; they can be deleted or edited retrospectively. Archiving is the most effective way to preserve your metadata in a compliant, unalterable format.

The modernization of archaic regulations has seen digital platforms enter the SEC’s jurisdiction, and compliance demands are about to increase drastically.

RIAs should familiarize themselves with what now constitutes an advertisement as, according to the new Marketing Rule, all will need to be captured and recorded. The additional workload will have implications on internal compliance processes, whether that means growing compliance teams, enhancing companywide training programs or outsourcing to third-party vendors. Above all else, it’s imperative that businesses ensure they are protected ahead of the SEC’s Nov. 4 deadline.

Harriet Christie is COO at MirrorWeb.