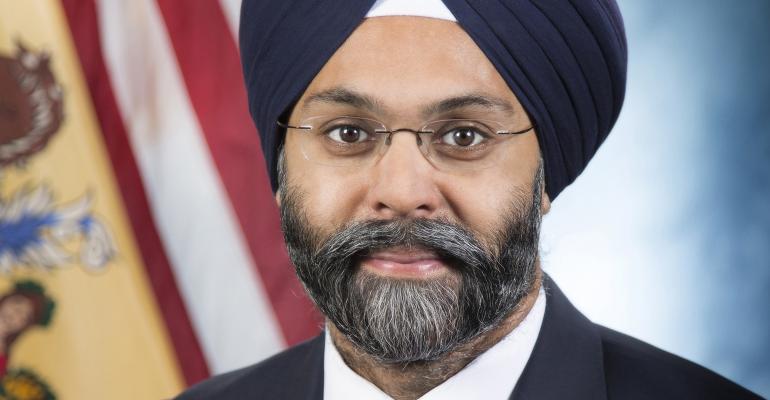 As Gurbir S. Grewal takes on his new role as head of the Securities and Exchange Commission’s Enforcement Division this week, industry participants are looking to see how he will approach enforcing compliance with Regulation Best Interest.

In Grewal’s previous role as attorney general for New Jersey, the state’s Bureau of Securities proposed a uniform fiduciary standard for brokers and advisors, becoming one of the first states to do so. While Reg BI may not be a fiduciary standard, it remains subject to interpretation by SEC enforcers when they investigate potential violations, according to James Lundy, a partner with Faegre Drinker and a member of the firm’s Best Interest Compliance Team.

“And I think a leader like this that has that background with a state fiduciary standard is probably indicative of someone who’s going to interpret Reg BI expansively, and we’re going to see Reg BI maybe converge a little bit with the fiduciary standard for investment advisors,” he said.

Grewal had served as New Jersey’s attorney general since January 2018 before joining the commission, where he’s taken over from acting Director Melissa Hodgman. Chair Gary Gensler’s previous choice for the position, Alex Oh, resigned days after coming on board because of a previous case where a judge had reprimanded her for criticizing opposing counsel without evidence.

Prior to his time as attorney general, Grewal had served as Bergen County prosecutor and an assistant U.S. attorney in the Criminal Division of the U.S. Attorney’s Office for New Jersey, heading the office’s Economic Crimes Unit from 2014 to 2016, and before that in the criminal division for the U.S. Attorney’s Office in New York’s Eastern District, working in the Business and Securities Fraud Unit.

To fiduciary advocates like Knut Rostad, the founder of the Institute for the Fiduciary Standard, having a new director like Grewal was an “all positive” development.

“For New Jersey to pursue a fiduciary standard at the state level, literally sitting in the backyard of Wall Street, is a pretty big statement. That’s a great starting point,” he said. “I think what that means in terms of enforcement, in terms of Reg BI, could be extremely important.”

Rostad believed Grewal and the Enforcement Division would have “latitude” when considering how to approach Reg BI enforcement, because he argued that the standard of “best interest” is left undefined by the rule itself. While Rostad said this lack of clarity offered discretion for SEC enforcers, the regulation would need to be supported by additional guidance from the SEC. Rostad pointed to some of the SEC’s actions on mutual fund share class disclosure lapses as potential models for how enforcers could approach Reg BI violations.

“In the sense that there is clarity in the basis for the action and for the analysis of what the situation is, and for the decision on the action, there’s no ambiguity there,” he said. “And I think that’s very important and that’s good so that, among other things, industry participants can’t claim that it wasn’t clear what the rule meant and said.”

The Financial Services Institute had been a critic of the SEC's approach to mutual fund share class disclosures, calling their enforcement actions a form of "regulation by enforcement." But Robin Traxler, a senior vice president and general counsel with FSI, echoed the stance that they were looking for additional guidance from the commission.

"If the SEC’s interpretation of Reg BI evolves as they go through their examination process, we would expect them to provide appropriate guidance or exam findings reports to the industry as opposed to widespread enforcement actions," she said. "While we are encouraged by what we have seen in the common exam findings the SEC has issued, we continue to monitor developments as examinations continue."

SEC examinations on Reg BI began after the rule’s implementation last year, but Gensler recently said the prior approach of looking for "good faith" efforts to comply was no longer the case. He also said Reg BI violation investigations could take months or even years compared with the Form CRS settled charges announced earlier this week, as any Reg BI investigations were likely to be more complicated, with a greater potential for scrutiny by defendants.

“I also think the new director and his team are going to take time to really get an understanding of what the Reg BI prospective matters are in the pipeline,” Lundy said. “What are the one, two or several that they’re going to start with and prioritize, because that’s going to be a big message for the brokerage industry.”

New Jersey’s proposed fiduciary rule remains on a pause instituted at the outset of the COVID-19 pandemic, according to Faegre Drinker’s Best Interest Compliance Team’s database of state fiduciary developments.

Rostad said he hadn’t heard about any developments in other states that were considering similar rules before the pandemic, and speculated that COVID-19 had been a “legitimate spoiler” for movement on such rules. He also surmised that Joe Biden’s victory over Donald Trump in the 2020 presidential election may be a factor in the stalled progress.

“Once the states saw the results of last fall’s election, that may have caused a pause on that front; ‘let’s wait and see what the SEC does,’” he said. “I think that’s very fair and legitimate. That makes sense to me."