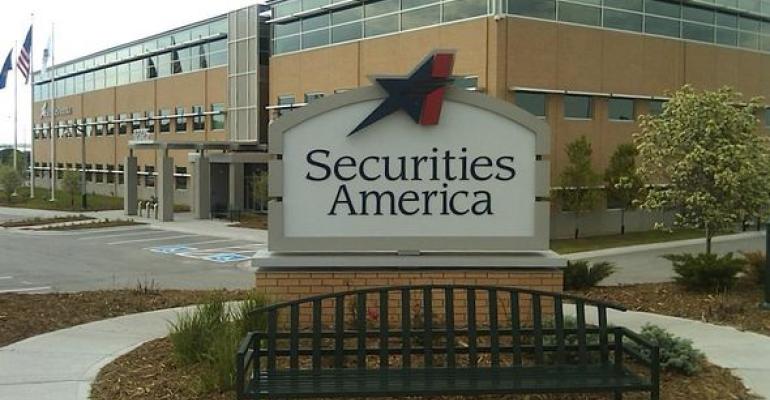 Securities America’s corporate registered investment advisor will pay a civil penalty of $1.75 million to the Securities and Exchange Commission for failing to implement its own policies and procedures designed to protect clients’ assets from misappropriation, according to an order filed by the SEC last week.

The compliance failures led to New York–based advisor Hector May defrauding at least 15 clients of $8 million from Securities America advisory accounts, according to the SEC. May pleaded guilty to one count of conspiracy to commit wire fraud and one count of investment advisor fraud. In 2019, he was sentenced to more than 13 years in prison and was ordered to pay restitution of more than $8 million. He also subsequently settled with the commission, resulting in an industry bar.

According to the SEC order, May was the owner of Executive Compensation Planners, a registered rep of Securities America. May had encouraged some advisory clients to purchase bonds away from these accounts, misleading them by saying he could buy them at a better price. May told the clients to transfer funds out of their Securities America Advisors accounts into personal accounts and to approve that transfer if questioned. May then told clients to transfer those funds into a separate “ECP Custodial Account,” according to the order.

“Instead of making the bond investments, however, May diverted their assets for his own personal use,” the order read. “To hide the misappropriation, May fabricated and distributed to his defrauded clients phony advisory account statements that purported to contain all of their SAA advisory program investments including the fake bonds, their returns and valuations.”

According to the order, Securities America’s financial investigation unit (FIU) had an automated surveillance system in place set to generate anti-money laundering (AML) alerts that was intended to flag potentially suspicious movements of funds from client accounts. The firm’s policies mandated that AML analysts review these alerts within two to 10 days to see if they warranted further research or even investigation.

“Yet, despite multiple alerts accurately identifying disbursements from May’s advisory clients that raised red flags centered on these criteria, AML analysts failed to conduct the required analysis,” the order read. “As a result, these alerts were never escalated and no AML cases were opened.”

In total, between November 2014 and March 2018, when Securities America was still owned by Ladenburg Thalmann, there were at least 55 automated alerts concerning May’s advisory clients suggesting suspicious activity, including from accounts held by senior citizens and a company pension fund. In one instance, a client had $700,000 in an SAA account, but over a period of several months, that client disbursed $500,000 out of his account.

The SEC also argued that staff failed to follow a client signature requirement, mandating that a signed form on file for a disbursement request could be used for multiple disbursements to the same outgoing account for only 12 months. However, the firm’s staff allowed one client of May’s to make numerous disbursements of $50,000 apiece out of their account past that period. Trade support staff also failed to contact some of May’s clients to verify the accuracy of disbursements.

In complying with the order, SAA did not admit or deny any of the findings in the order but agreed to a censure and a cease-and-desist, and pledged to work with an independent compliance consultant, according to the commission.