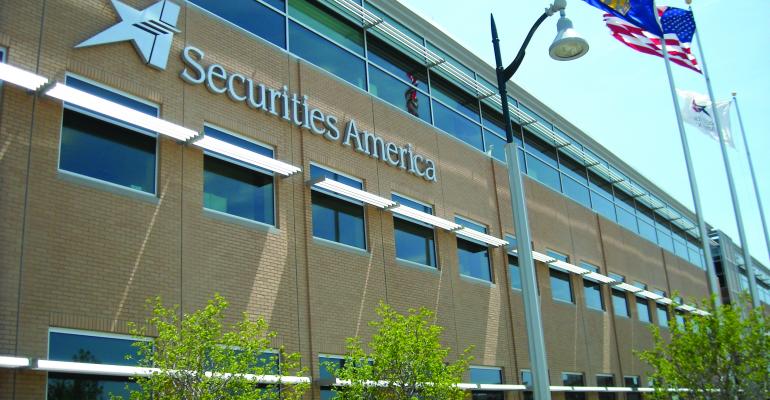 Investacorp, Securities Service Network and KMS Financial Services will be absorbed into Securities America before the end of the year, according to CEO Jamie Price.

Six months after acquiring Ladenburg Thalmann and its five broker/dealers in a $1.3 billion deal, Advisor Group will integrate three of those b/ds under the Securities America banner.

The move will leave Securities America and Triad Advisors as the only remaining stand-alone firms from the Ladenburg acquisition. The transition should be completed by the end of the year, according to Advisor Group CEO Jamie Price.

Price said that much of the business functions of the three b/ds slated to merge—Investacorp, Securities Service Network (SSN) and KMS Financial Services—were already being performed by Securities America’s operations group.

While the firms under Advisor Group have differing front-office approaches, they run on a shared service model and operate on the same technology platform, commission system and operational support. Price said Advisor Group wanted to achieve the same result with the Ladenburg firms as quickly as possible.

But bringing that shared service model to all five b/ds would have taken until the end of 2022, according to Price. 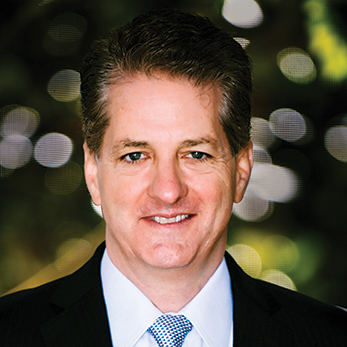 “It was just going to take way too long to get it onto all the platforms of all the firms,” he said. “So we decided after a lot of planning and thought, and the technology teams getting together and offering multiple game plans, that this would bring the capability set to advisors as fast as we could.”

Other than a small portion of KMS accounts, no repapering would be needed, according to Price, who said just under 1,000 advisors would be affected by the transition. Larry Roth, a managing partner with RLR Financial Partners, said that the realignment would likely help expedite advisors' access to Advisor Group’s technology stack.

“I think this will be quite good for advisors and get them what they need, than if they built it out over time,” he said.

Price also affirmed that much of the home office staff from the three affected firms would also be brought into Securities America’s operations team. Executives at the three firms remain on board, though Price said it was too early to speculate as to what kind of changes may happen after the integration is complete.

“We’ve been extremely impressed with the three company presidents. From a cultural standpoint, we think they are a really good cultural fit,” he said. “This will bring some change; it’s minor, but it will bring benefits on the other side in terms of technology capabilities.”

At the time of the announcement, Price expected that they'd be implementing Advisor Group’s shared service model across all the acquired firms, including the eQuipt digital client onboarding system, it’s MyCMO digital marketing platform, and the MySuccessionPlan and CyberGuard programs, used for succession planning and cybersecurity, respectively.

But beyond back-office operations, there was no plan to combine any of the acquired b/ds’ brands with those operating under Advisor Group.

“There was no rationale for the Advisor Group firms to merge,” he said. “There was no value for advisors, and quite frankly, there’s no savings or cost reason to do that. Our shared service model takes care of the efficiencies of costs related to having multiple broker/dealers.”

Among the legacy Ladenburg firms, Investacorp will be the first to be integrated into Securities America in the middle of July, followed by SSN in September and KMS in November. As of now, Price said, there are no plans for any further restructuring.

Therefore, one of the most significant changes will be the loss of the three firms’ brand identities, as they are subsumed into Securities America. Jeff Nash, the CEO of Bridgemark Strategies, which works with advisors during recruitment and transition into IBDs and RIAs nationwide, affirmed that Advisor Group’s approach would enable the company to introduce its tech platform to the most advisors as quickly as possible and said while there would be some advisors who would be loyal to a brand identity, it likely would not be the majority. Nash suspected that loyalties advisors may have to the three firms can be carried over to Securities America, and the advantages of being a part of Securities would overwhelm any perceived loss.

“What I have found is advisors in general are the most loyal to themselves and clients, and that's the pinnacle of loyalty, not necessarily to a brand. Having said that, I’m talking broad strokes,” he said. “People are loyal in general...but when advisors prioritize loyalties, it will be to their clients, employees and themselves. And the brand will be the next down the list."

Ryan Shanks, the CEO and co-founder of FA Match, said advisors entering the Securities fold from the three firms should see some lift, in terms of tech efficiency and the benefit of Securities America’s back office and support staff, and he said one of the most important aspects of ensuring advisors remain onboard during the shift could be about retaining personnel.

Price said the impact of the spread of COVID-19 had affected their thoughts on how to move forward with the combination. He said business had increased since the start of the crisis, noting that Advisor Group’s new account openings were up year over year in March.

Additionally, the fact that Securities America already provides so much operational support for the affected firms should minimize friction for those brands’ advisors, even in the midst of the coronavirus crisis. For the first two firms, all that would be necessary would be a single client mailing; no positive consent would be required.

“While it’s nuanced and it creates more anxiety, I think advisors have recognized we’ve performed so seamlessly, it seems as if, on the back office side anyway, that nothing has changed since the work-from-home and COVID environment,” he said.

Roth said that the technology already in place had made it easier for Advisor Group advisors to make the transition into a remote working environment, and he said the company also benefited from the back-office operations, including the clearing of trades, going smoother than many may have anticipated at the start of the crisis.

“Going forward, as firms, including Advisor Group, bring their handheld tech to advisors across all firms, if something like this happened again, God forbid, I think the connectivity at the client level will be better,” he said.