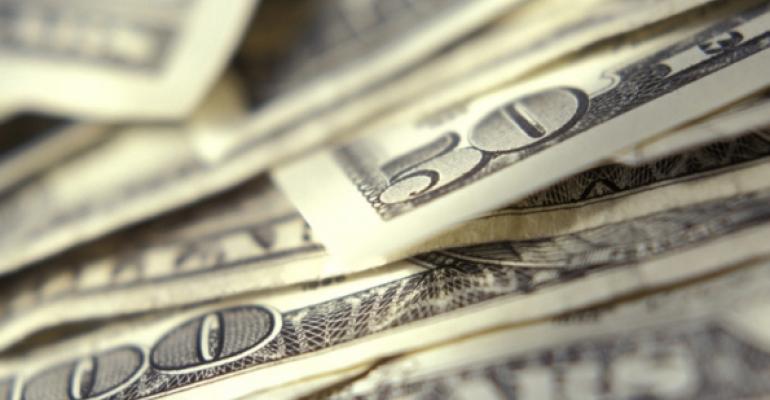 The Public Investors Advocate Bar Association (PIABA) found that 24% of money awarded last year went unpaid; the group argues the problem of unpaid arbitration awards could get even worse in a down market.

Unpaid Financial Industry Regulatory Authority arbitration awards has been a persistent problem over the last several years, but it was even worse in 2020, with the percentage of unpaid awards up from 2019, according to a new report from the Public Investors Advocate Bar Association (PIABA). That’s despite a decrease in the total dollar amount of successful claims due to the COVID-19 pandemic.

Hugh Berkson, a co-author of the new report, said the problem of unpaid awards could be magnified if and when the market enters a significant correction.

“The problem is this bad now; imagine what happens when the number of claims goes up, and creates a larger stress on bad actors, and I think you’ll have increasing numbers of unpaid awards,” Berkson said. “It’s harder to avoid a catastrophe than to respond to one, but that’s no reason we shouldn’t make every effort to avoid the catastrophe.”

The PIABA report, titled “FINRA Arbitration’s Persistent Unpaid Award Problem,” follows two previous PIABA reports on the subject in 2016 and 2018. The new report, co-written by Berkson and current PIABA President David P. Meyer, argues that the unpaid awards problem is a long-term one, citing a General Accounting Office report from the late 1990s estimating that nearly half of awards for investor claimants in 1998 went unpaid.

In 2019, 27% of cases in which claimants were awarded money went unpaid, with the amount of unpaid money equaling 20%, according to the report. PIABA investigated all of FINRA’s publicly available arbitration awards for 2020 and found almost three out of 10 awards for claimants went unpaid, with 24% of money awarded during the year going unpaid. (Since PIABA began investigating, the amount of unpaid dollars ranged from 12% in 2015 to a 2018 high point of 34%, according to the report.)

In addition to co-writing the report, Berkson is a principal with the law firm McCarthy, Lebit, Crystal & Liffman, as well as a previous PIABA president and currency serves on its Board of Directors. In reviewing the findings, he noted that many firms still managed to maintain or even boost profits during the past year, even during the pandemic.

Take Barbara Gelderloos, a 74-year-old retired widow in Columbus, Ohio, who lost $600,000 due to her financial advisor's mismanagement, Meyer said, speaking at a press briefing Wednesday afternoon. Gelderloos, who took care of her late husband while he battled brain cancer for nearly 20 years, decided to pursue legal action against her advisor at Fisher Wealth Management and went through the entire FINRA arbitration process.

“As her husband was literally dying of brain cancer, the advisor sold them hundreds of thousands of dollars of totally speculative, non-public, illiquid private securities; they lost $600,000,” Meyer said.

The arbitration panel awarded her $612,000 in May, and the award was confirmed by the court in September.

“Now, at this point, she faces the real likelihood that she will be stuck with an unpaid arbitration award,” Meyer said. “She never would have imagined that, going through this whole ordeal, that the financial planning firm that was supposed to be the expert in financial matters would not have the financial ability to satisfy a judgement or that there was no requirement for insurance in the industry or that there was no regulatory protection to ensure that she would collect a judgement from a fully-licensed registered investment advisory firm.”

PIABA has pushed for the creation of a national investor recovery pool, calling it the “best and least expensive option” to counter the frequency of unpaid awards. While some states have investor recovery pools in place, the PIABA report noted that payouts could be limited and claimants could be shut out by other technicalities. In May, the North American Securities Administrators Association (NASAA) approved a model act that would help victims of securities violations get some money when they have not received full payments, and includes higher awards for “vulnerable persons.”

FINRA has the ability to create a national investor recovery pool without a legislative mandate, the organization says. But FINRA’s responses to PIABA’s urgings have been lacking, Berkson said. It took the regulatory agency two years to formally respond to the issue in the form of a discussion paper, which Berkson found to be “disappointing and unsurprising.” Notably, in the report FINRA believed that Congress and the SEC “should be involved” in any kind of fund for unpaid awards. To PIABA, FINRA abdicated its responsibility to create a fund without approval from the SEC or Congress, despite having the ability to do so.

“It took two years to give lip service responses to the first (report),” Berkson said. “I suppose I’m surprised that FINRA flatly said ‘we don’t intend to do something unless someone tells us to.’”

The SEC recently approved a FINRA rule that seeks to reign in broker/dealers with histories of misconduct, forced to set aside money to deal with future claims, including unpaid arbitration awards.

The PIABA reports laid out a potential funding pool structure to aid investors whose claims were successful but have “exhausted reasonable efforts” to recoup that award. The advocacy organization suggested the size of the fund could be determined by the average of unpaid awards in the past three years (which for 2017-2019 would be $24 million). The pool could be funded through FINRA fines levied against firms that have violated FINRA rules, as well as assessments on members and “modest” fees on investors. (PIABA estimated a 14 cent charge would be all that was necessary.)

Berkson said investors may find it difficult to focus on the issue, as the number of claims in total has reduced during the favorable market conditions. But during this period, investors’ retirement savings were increasingly funded through defined contribution plans and away from pensions. Along with the rush of Baby Boomer retirees, this all makes the country’s current and forthcoming retirees increasingly vulnerable in a market downturn, Berkson argued.

“When a market correction comes, weaknesses in poor (or fraudulent) investment schemes will be more apparent and likely result in shocking losses,” the report read. “Investors victimized by their financial professional’s mismanagement or fraud will roll the dice on whether a successful arbitration claim will result in any actual recovery.”

Berkson believed the most likely scenario was that the SEC would use authority under the Dodd/Frank Act to instruct FINRA to mandate that firms requiring arbitration in award disputes must enroll in a national recovery pool.

“It’s an untenable situation with a relatively easy cure,” Berkson said. “I’m going to keep working as long as I can to keep this issue in the forefront until a solution is in place."