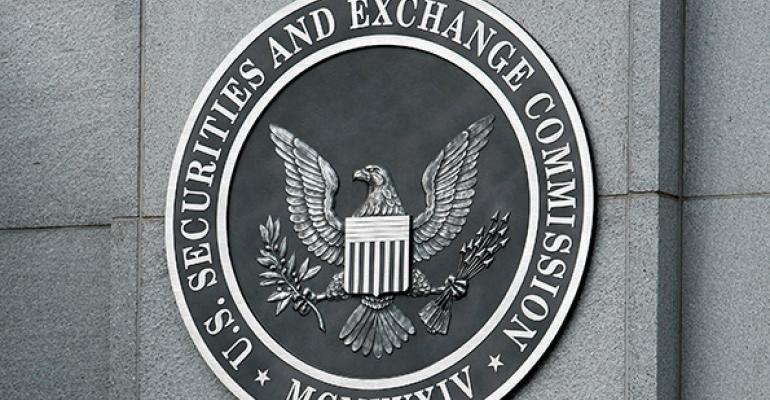 An industry trade group warns that some approaches to addressing unpaid arbitration—such as a pool or errors and omissions insurance—will have unintended consequences.

The Financial Industry Regulatory Authority has made addressing the problem of unpaid arbitration awards a priority this year, publishing a white paper on the topic, issuing a regulatory notice on it, and releasing statistics about the scope of the issue. It has proven a persistent problem; last year, nearly 36 percent of investors who won their cases collected nothing, and 28 cents of every dollar awarded went unpaid, according to a report by the Public Investors Arbitration Bar Association.

Now the Securities and Exchange Commission is joining the dialogue, holding a discussion on the issue via its investor advisory committee. During a committee meeting this week, panelists discussed new approaches to addressing unpaid arbitration, including barring folks who don’t pay from the financial services industry altogether, not just from FINRA.

The Financial Services Institute, an advocacy organization for independent broker/dealers and advisors, believes disqualifying bad actors from working in any corner of financial services is an effective deterrent, said Robin Traxler, senior vice president of policy and deputy general counsel for FSI.

“Effective communication of disqualified status along with regulator coordination would allow the SEC and state insurance and securities regulators to efficiently reject registrations for individuals who have been statutorily disqualified for failing to pay an award,” Traxler said. “This would effectively make it impossible for the bad actors to incur an unpaid award and then simply go work in the investment advisory or insurance industries, where they would continue to have access to investors.”

Traxler was negative on other approaches that have been proposed. For example, Senator Elizabeth Warren (D-Mass.) introduced a bill requiring FINRA to establish a pool funded by fines levied against member firms to pay unpaid arbitration awards. The bill would also direct FINRA to track whether arbitration awards are paid.

“We believe the mere existence of the fund would encourage bad actors to act recklessly, knowing they can defraud investors [and] not have to pay the consequences beyond losing their FINRA registration,” Traxler said. “Second, we are very concerned that, again, the mere existence of the fund will encourage arbitration panelists to award damages to investors whether justified or not, out of a sense of wanting to make the investor whole and knowing that the firm or financial advisor will not have to pay ‘out of their pocket.’”

PIABA also believes a FINRA member-funded pool, such as an assessment of $23 to $120 per broker, would be the best approach. But that surcharge can go up for higher-risk firms.

“FINRA has said it is using a risk-based framework to conduct member examinations,” said Christine Lazaro, president of PIABA. “It can utilize the same framework to fund a pool. Those members engaged in high risk conduct, conduct most likely to result in investor harm, would pay a larger fee.”

FSI also criticized the idea of requiring brokers to carry errors and omissions insurance to cover arbitration awards. Traxler said this would be expensive, and it would not cover outright fraud. Barbara Roper, committee member and director of investor protection at the Consumer Federation of America, agreed that E&O insurance wasn’t a workable solution.

Another suggested approach—raising the net capital requirements—would not work, Traxler argued; it would “result in putting numerous small firms out of business.”

Jill Gross, associate dean for academic affairs and professor of law at the Elisabeth Haub School of Law at Pace University, suggested looking at other industries and arbitration forums as to how they’ve handled unpaid awards.

“Unpaid awards, unpaid judgments, are not unique to the securities industry,” she said.

One key difference, she pointed out, is that in other industries, individuals can name as defendants all entities that the plaintiff believes is responsible for the wrongdoing, including controlling parties and parent companies. That may result in imposing liability on a controlling entity as opposed to the primary company that went insolvent.

“You can’t do that in FINRA arbitration because you can only name member firms—the broker/dealer or the associated person,” Gross said. “One model of broker/dealers, at least as I’m told by people who set them up, is you have a financial holding company that becomes the sole shareholder of the subsidiary broker/dealer.”

“That insulates the parent company from any liability. Perhaps it might be time to revisit the issue of whether we should have the SEC require financial holding companies to submit to arbitration if they’re going to be the sole shareholder of a subsidiary broker/dealer.”