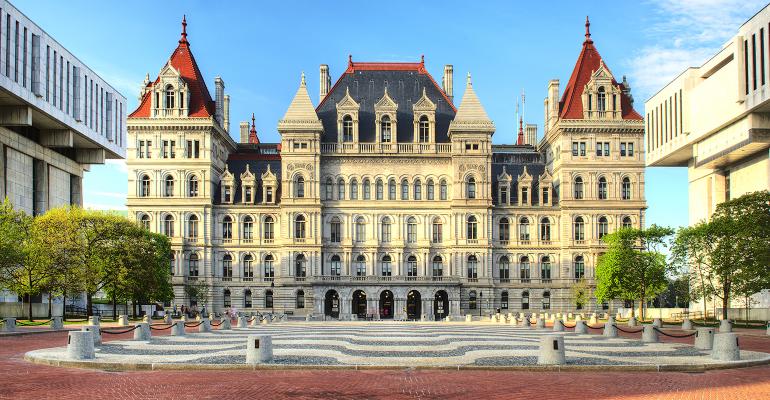 The new rules hold brokers of annuities to a best interest standard and could be a model for other states to follow.

The amendment to Regulation 187 takes New York state’s oversight of annuities sales a step further than the state’s current "suitability" standard. The amendments were passed last July, with a scheduled phase-in date for Aug. 1.

The law requires that financial services providers consider the interests of the consumer above everything else when making the annuity recommendation, mandating that any advice be “based on an evaluation of the relevant suitability information of the consumer and reflects the care, skill, prudence, and diligence that a prudent person acting in a like capacity and familiar with such matters would use under the circumstances then prevailing.”

The new rule will also put new disclosure and training requirements on b/ds and insurers that sell annuities, as well as forbid sellers of annuities from calling themselves advisors unless they are licensed as such.

“A producer shall not use a title or designation of financial planner, financial advisor or similar title unless the producer is properly licensed or certified and actually provides securities or other non-insurance financial services,” according to the rule. “Although a producer may state or imply that a sales recommendation is a component of a financial plan, a producer shall not state or imply to the consumer that a recommendation to enter into a sales transaction is comprehensive financial planning, comprehensive financial advice, investment management or related services unless the producer has a specific certification or professional designation in that area.”

The new regulations are coming into effect after the Securities and Exchange Commission passed their Regulation Best Interest standard last month, while the changes were originally made to address regulatory gaps on the federal level after the U.S. Department of Labor’s Fiduciary Rule was eliminated in March 2018, according to Financial Services Superintendent Maria T. Vullo.

“As the federal government continues to roll back essential financial services regulations, New York once again is leading the way so that consumers who purchase life insurance and annuity products are assured that their financial services providers are acting in their best interest when providing advice,” she said last year. “Given the key role insurance products play in providing financial security to middle class New Yorkers, it is essential that a provider adhere to a high standard of care and only recommend insurance and annuity products that are in the consumer’s best interests and not be influenced by a producer’s financial incentives.”

According to Richard Roth, a founder and partner at The Roth Law Firm, the legislation could potentially be a harbinger of the future path the state Legislature may take.

“I think New York state is essentially getting closer to calling for a fiduciary (standard),” Roth said about the new regulations. “The legislature has determined that this is required, because certain brokers aren’t doing what’s best. They want to add another layer of culpability.”

Several states, including Nevada and New Jersey, have proposed some form of legislative or regulatory fiduciary rules to pertain to all investment advisors and b/ds in their state. Massachusetts announced its own rule shortly after the SEC released Reg BI, arguing that the federal regulatory shortfalls made it necessary for the state to act. Though the New York amendments pertain only to those b/ds selling annuity products, Roth believed the new regulations might inspire other states.

“New York has always been a leader when protecting investors, so I wouldn’t be surprised if some states follow suit,” he said. “It’s only a matter of time before it happens. If a broker is handling my money, they’d better do it in good faith. I think we’re just heading in that direction.”

The regulations will take effect for providers selling life insurance policies on Feb. 1, 2020.