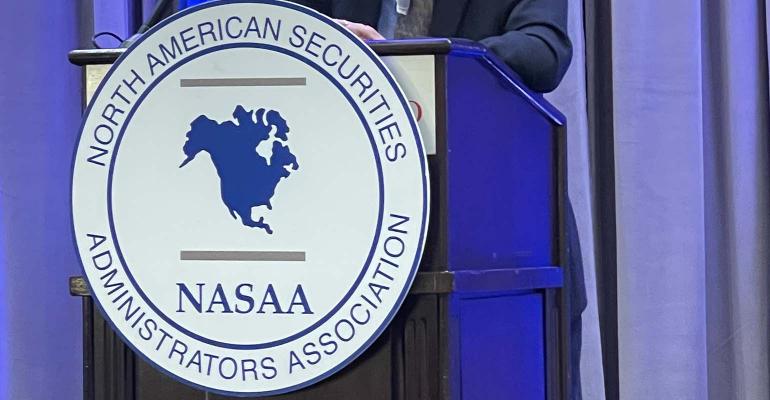 In her first address as the 104th president of the North American Securities Administrators Association, Maryland Securities Commissioner Melanie Senter Lubin said the expungement process for advisors and brokers will be among the group's top priorities, and that the association’s involvement in digital asset policymaking “was likely to increase.”

Lubin succeeded West Virginia Deputy Securities Commissioner Lisa Hopkins as president of the association, which represents state securities regulators. During her speech, held on the final day of NASAA’s annual meeting in Chicago, Lubin said she was proud that two women would consecutively serve as NASAA president for the first time, and lauded Hopkins for her leadership in what she called a “very challenging” year. 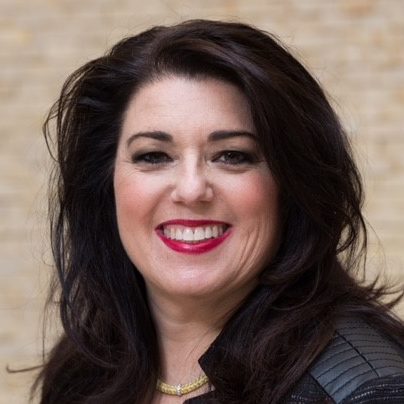 Lubin said expungement—or the clearing of client disputes from a broker's record—should be an “extraordinary” event and be granted only in particular instances. Lubin worried that the current system of “arbitrator-awarded” expungements did not always match the hurdle that should be in place to merit the cleansing of the records, and said she intended to work with both the Securities and Exchange Commission and the Financial Industry Regulatory Authority on changes to ensure expungement was only granted “under appropriate circumstances.”

“Tightening the standards and procedures surrounding expungements is critical to stop the ongoing threat to the integrity of recordkeeping and to critical information needed by regulators making licensing decisions, firms making hiring decisions, and investors deciding whom to trust with their financial wellbeing,” she said.

In a recent analysis, the Public Investors Advocate Bar Association found FINRA granted expungements in nine out of 10 instances, and in May, the regulator temporarily withdrew a rule filing from consideration by the SEC that would have amended several parts of its expungement process. The proposed changes mandated special training for arbitrators and required that all requests be decided by a three-member panel made up of “randomly selected” arbitrators. According to a statement, FINRA withdrew the filing in order to discern “whether modifications to the filing” would be necessary.

Lubin said NASAA would work with Congress and SEC on other priorities, highlighting senior investor protection by citing the recent passage of a bill in the House of Representatives establishing an SEC task force to work with state regulators on elderly investor protection initiatives. Earlier in the conference, the association released a review of more than 1,200 state exams of investment advisors indicating that more than 58% of advisors did not have policies or procedures in place to protect seniors and vulnerable persons from financial exploitation.

Additionally, Lubin said NASAA would increasingly focus on cryptocurrencies and digital assets, noting that state regulators had used their authority to end scams and curtail unregistered activities. Lubin stressed that her position was not that digital asset platforms were “inherently bad,” but she worried that they encouraged and even manipulated investors into harmful and speculative trading practices.

“The fact that these innovations open the capital markets to individuals or groups that might not otherwise have access could be a good thing, but the magnitude of profits being made through arrangements such as payment for order flow along with a lack of investor understanding of the risks, all raise concerns that the practice invites fraud and other misconduct,” she said. “Innovation is great, but the rules still apply.”

In actions related to social media and internet offerings, there were 214 investigations and 84 enforcement actions in the most recent analysis, compared with 141 and 64 in the previous year, respectively. Rotunda called cryptocurrencies and digital asset schemes one of the top threats to investors, along with real estate investment schemes and schemes regarding promissory notes.

While COVID-19 impacted how regulators pursued enforcement on these and other schemes in the courts, Rotunda said regulators found ways to do so, and even stopped some schemes early in their life cycle.

“We’re receiving these reports about suspected exploitation, and it means we’re seeing reports about potential exploitation before schemes collapse, before they draw in a significant number of victims and collapse under their own weight,” he said. “That allows state regulators and enforcers to proactively take action to protect the public, instead of trying to clean up the mess after a financial scheme has collapsed and left a number of victims without their retirement funds."