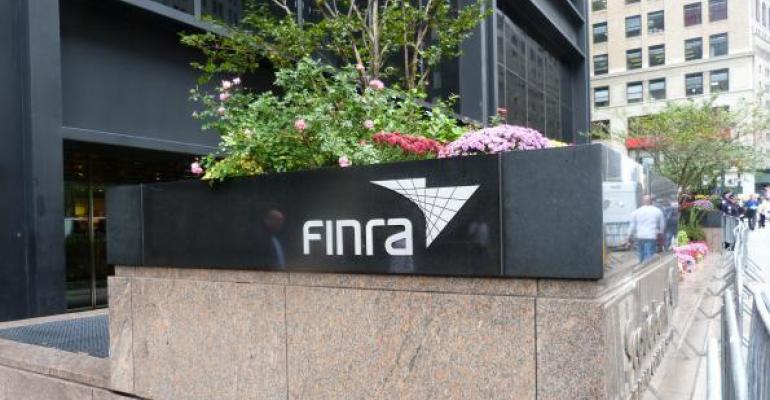 The rule filing would have made several changes to the regulatory agency's expungement process, including establishing "specialized arbitration panels" for such requests.

The Financial Industry Regulatory Authority has temporarily withdrawn a rule filing from Securities and Exchange Commission consideration that would make several changes to FINRA’s expungement process, including specialized training for arbitrators as well as a mandate that arbitration requests would be decided by a three-member panel of “randomly selected” arbitrators.

The withdrawal comes on the same day as the SEC’s deadline to approve or reject the rule filing. According to FINRA, the agency decided to withdraw the rule from consideration so it can further consider “whether modifications to the filing are appropriate.”

“FINRA is committed to limiting the expungement process so that it operates as intended—as an extraordinary remedy, only appropriate in limited circumstances when the (Central Record Depository) information is clearly inaccurate,” the agency said in statement on the withdrawal. “We continue to take meaningful steps to enhance controls on the existing expungement process in the near term, including our specialized panels proposal, while we work concurrently to support the development of fundamental, multi-stakeholder solutions.”

The rule filing would mandate a random three-person panel made up of public arbitrators with no “significant ties to the industry,” according to a FINRA website detailing the filing. It also would have prohibited parties to a ‘straight-in’ request from agreeing to fewer than three arbitrators and removing any arbitrators. Additionally, the rule filing would impose time limits for when brokers may request expungement, preventing them from requesting expungement many years or even decades after the initial dispute was reported to the CRD system.

PIABA President David Meyer stressed that successful arbitration requests could mean that state securities regulators would lose access to information they otherwise would have had. In its statement, FINRA also pledged to continue work with the North American Securities Administrators Association to “support a redesign of the current expungement process.”

PIABA’s report found that FINRA arbitrators grant expungement requests 90% of the time. The number of “straight-in expungement cases,” in which a broker begins an arbitration process against their own firm in order to get a complaint expunged from their record, skyrocketed from 59 cases in 2015 to 545 in 2018. In these instances, the customer who made the original complaint is not one of the parties, according to PIABA.

PIABA also argued in the report that FINRA must make it easier for parties who might oppose an expungement request to participate in the proceedings, and suggested the agency create an “investor advocate” who would engage with cases, with PIABA Foundation Vice President Lisa Braganca arguing such a person could be responsible for “minding the store” to ensure valid complaints are not expunged from the CRD.

The agency also published an information page on the rule filing and the expungement process in general, noting that expungement remains a relatively rare occurrence; of 35,000 customer dispute information disclosures in the CRD system between 2015 and 2020, about 1,550 were expunged by court order, according to the regulatory agency.