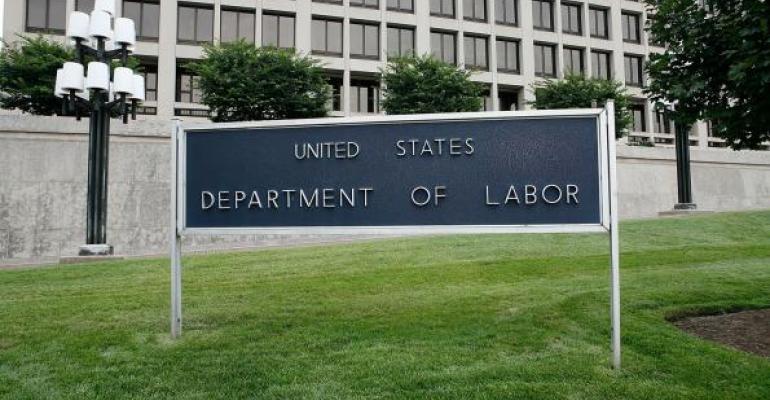 For IBD advisors who don’t choose the retirement route, many say they’ll focus on their own RIA business, if they’re reclassified by the DOL as employees, according to a new survey commissioned by FSI.

Nearly one in five independent financial advisors affiliated with a broker/dealer would choose to retire if the Department of Labor finalizes its proposed independent contractor rule, according to a recent survey commissioned by the Financial Services Institute. As written, the DOL rule could reclassify independent broker/dealer advisors as employees.

Another 58% of IBD advisors said they would “start or focus” on their own registered investment advisor business, and 11% of respondents said they would choose to become an employee of their broker/dealer, should the rule be finalized.

“All of the evidence we have seen suggests that financial advisors at independent financial services firms value their independence; they want to work outside of the environment of a large employee-model brokerage firm; have the ability to own their own business; have flexibility in how and when they work; and better serve their clients,” the report said.

The online survey, conducted by Oxford Economics, went out to advisors affiliated with FSI members, as well as executives at member firms; it received 614 total responses from advisors and more than a dozen from executives. The organization also conducted interviews with advisors and some firm executives.

The DOL released the proposed rule in October after withdrawing an earlier version released in the final weeks of the Trump administration. The rule is meant to help workers who are categorized as independent contractors but perform jobs the DOL considers employment according to the Fair Labor Standards Act.

In some situations, employers misclassify employees as independent contractors, and workers could lose out on federal labor protections, including the right to be paid full wages, according to Labor Secretary Marty Walsh.

The FSI, which lobbies for independent broker/dealers, has argued that the original Trump-era proposal guarded the interests of affiliated brokers in providing “uniformity” to worker classifications, so advisors could continue operating independently.

In October 2021, the FSI joined a lawsuit as a co-plaintiff against the DOL, arguing the department’s decision to rescind the Trump rule had been “hasty and arbitrary.” A federal judge in Texas’ 5th Circuit ruled in favor of the FSI and its fellow plaintiffs, but last May the department said it would appeal the decision.

Through its interviews with member firms, Oxford found that IBD executives estimated that about 34% of their advisors would become employees if the rule becomes finalized; they expect about 46% of advisors to drop their commission business and 13% to leave the profession altogether.

Surveyed advisors also worried about the transition costs, with 24% of respondents expecting to require legal advice to make necessary changes, anticipating the average cost of such advice to top $20,000. Additionally, some respondents reported that starting an RIA in response to the rule could cost around $200,000.

Member firms estimate that the average cost of converting an independent advisor into an employee would be around $11,000, with third-party recruiting costs and relocation expenses potentially adding an additional $40,000 to $50,000. Their average recordkeeping costs for employment records could exceed $300,000 per year for each firm, according to the survey.

“Through overall attrition the number of smaller accounts served will decrease, disproportionately hurting those with lower wealth levels, including younger, minority households and those in rural areas,” the report said.

The new rule’s supporters include the National Employment Law Project (NELP), which came out in opposition of the Trump-era rule, and supported the revision released by the Biden administration. Sally Dworak-Fisher, a Senior Staff Attorney on NELP’s Work Structures team, said the Trump-era proposal “impermissibly narrowed” who benefitted from the protections of the FLSA and prior court rulings, and described the new rule as a “course correction” from the previous administration.

“This simply adopts and follows the governing precedent the courts have used to do this analysis. It’s not the vast sea change that some are thinking it is,” she said.

The comment period on the proposed rule closed on Nov. 28, and a DOL spokesperson said the agency expects to issue the final rule in May 2023.

“The department is currently reviewing thousands of comments received during the comment period of the Notice of Proposed Rulemaking and cannot comment on the contents or the application of the final rule,” the spokesperson said, in a statement.