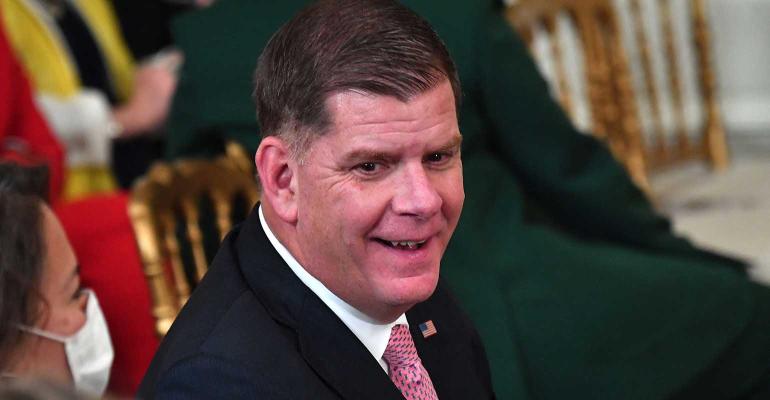 Once again, the DOL could put the employment status of independent broker/dealers in jeopardy. FSI President Dale Brown questioned whether the department gave enough attention to feedback from the industry when formulating the proposal.

After withdrawing a previous attempt passed in the waning days of the Trump administration, the Department of Labor has proposed a new rule meant to change the employment status of independent contractors. The rule, without modification, may affect some financial advisors, particularly those working in affiliation with independent broker/dealers.

The rule is meant to help workers who are categorized as independent contractors but perform jobs the DOL considers employment according to the Fair Labor Standards Act, and would result in fewer instances of employee misclassification, according to Labor Secretary Marty Walsh.

“While independent contractors have an important role in our economy, we have seen in many cases that employers misclassify their employees as independent contractors, particularly among our nation’s most vulnerable workers,” Walsh said. “Misclassification deprives workers of their federal labor protections, including their right to be paid their full, legally earned wages.”

The new proposal is an updated version of the Independent Contractor Rule passed by the Trump-era DOL in early 2021. After President Joe Biden came into office, the DOL delayed its effective date and withdrew the rule in May of last year, arguing it was inconsistent with the FLSA and would have a confusing effect for workers and employees.

Among the supporters of the Trump-era rule was the Financial Services Institute, representing the interests of independent broker/dealers, who argued it provided “uniformity in worker classifications” for advisors to continue working independently with those firms. The FSI joined a lawsuit against the DOL shortly after the rule was withdrawn by the current administration, arguing the department’s decision had been “hasty and arbitrary.”

FSI President Dale Brown said the organization was reviewing the current proposal, including whether it allowed advisors the ability to remain independent contractors if they so desired.

“However, the limited time between the DOL’s town halls, when it filed the rule with the Office of Management and Budget, and today’s release raises concerns about how much consideration, if any, the department gave to the feedback it received from American workers and employers,” Brown said.

According to the DOL, the new rule would “align the department’s approach” with how courts have interpreted the FLSA and the “economic reality” test, including whether a potential employee’s work is “integral” to the employer’s business. The rule would restore a “totality-of-the-circumstances” analysis to determine whether a worker qualifies for employee status according to the FLSA.

The comment period for the proposed rule will remain open until Nov. 28, according to the DOL.