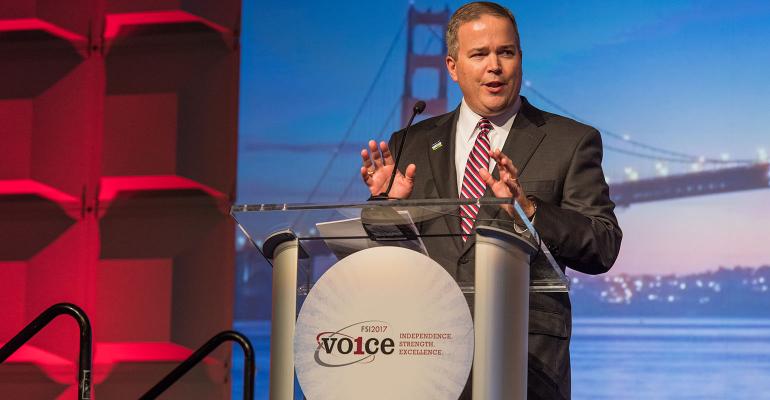 The group is joining other plaintiffs in a suit filed in a Texas federal court, with CEO and President Dale Brown claiming the DOL's decision was 'hasty and arbitrary' and would be detrimental to independent financial advisors.

The rule, which would have solidified the independent contractor status for IBD advisors under the Fair Labor Standards Act, was originally announced during the final weeks of the Trump administration, but its effective date was delayed by the Biden administration. On March 12, the DOL proposed to withdraw the rule, arguing it was inconsistent with the Fair Labor Standards Act and would have a “confusing and disruptive effect” on workers and businesses. DOL Secretary Marty Walsh said that employees often lose “important wage and related protections” if an employer tries to misclassify them as independent contractors.

But in a statement detailing FSI’s role in the new complaint, Brown argued the new rule would have provided “consistent and uniformity in worker classification” for independent financial advisors.

FSI had previously submitted a comment letter in support of the rule, arguing that the “economic reality” test would help better classify employees versus independent contractors under the FLSA. The rule would judge a worker’s classification by their “nature and degree of control over the work” as well as the “opportunity for profit or loss based on initiative and/or investment,” according to an explainer on the DOL’s site.

In his statement, Brown noted that independent advisors build businesses within their communities, pay their own taxes, hire staff and depend on the success of their business.

“Independent financial advisors choose to be independent contractors—many of them voluntarily switching from an employee advisor model—so that they can operate their own business and better serve their clients,” he said.

There is also potential legislation in the form of the PRO Act, which passed in the House of Representatives in March. President Joe Biden recently urged the Senate to consider passing it. That bill could impact the independent contractor status of advisors' affiliated IBDs as well as in insurance companies.