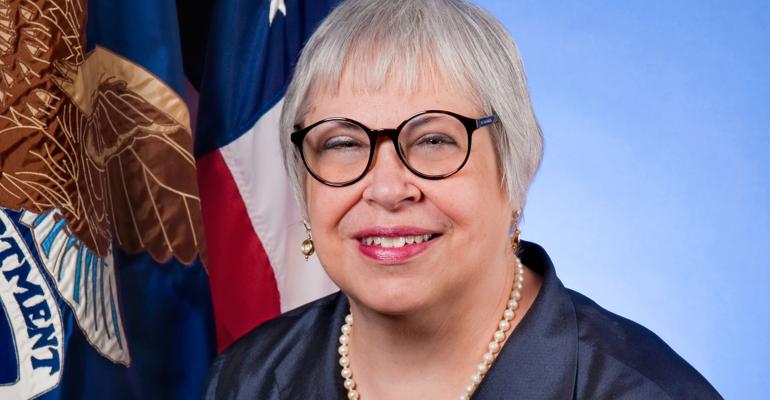 Phyllis Borzi says the Labor Department may wait to learn the outcomes of several ongoing lawsuits concerning a Trump-era rule before moving forward on new regulations.

A former Labor Department official believes the Biden administration’s latest revamp of the agency’s fiduciary rule, which is tentatively scheduled for the end of the year, will be delayed further, speculating that the DOL is waiting on the outcomes of two lawsuits that could impact regulations.

“I have no inside information, but if I were still at the department, I know we’d be talking about waiting on regulatory activity until we see what the courts do and see if they dismiss these two lawsuits,” Phyllis Borzi, the former assistant secretary at the DOL during the Obama administration, said during an Institute for the Fiduciary Standard event this week.

Borzi said after the 5th U.S. Circuit Court of Appeals vacated the Obama-era fiduciary rule in 2018, many were surprised when the Trump administration released its own version in 2020 — in particular, one that expanded the ways in which advice could be considered “ongoing” according to the agency’s 1975 five-part test (thus subject to fiduciary requirements), which impacted advisors making rollover recommendations.

With Joe Biden’s election in 2020, many thought the Trump rule would be relegated to “the dustbin of history,” according to Borzi, but the new administration instead let it go into effect, while clarifying that it intended to revisit the five-part test and, potentially, make alterations. The DOL followed up this statement with guidance in the form of FAQs in April 2021 that addressed, among other things, rollover recommendation compliance questions.

“What’s the level of documentation an advisor needs to demonstrate a recommendation to rollover is in the client’s best interest?” she said, highlighting concerns she’d heard. “The DOL, before it put out the FAQs, had gotten lots of requests from the industry to give some more guidance on what would be expected.”

The rule’s “good faith” enforcement pause ended in December 2021, and, soon after, the Federation of Americans for Consumer Choice, an insurance industry agent trade organization, sued the DOL, arguing the department had “resurrected and repackaged” the vacated fiduciary rule with altered wording that could harm customers seeking fixed insurance products.

The suit was filed in the U.S. District Court for Texas’ Northern District in Dallas, which Borzi described as the “go-to venue” for business and financial services organizations looking to challenge regulations. She believed the suit’s arguments were weak in ways highlighted by a DOL motion to dismiss filed in September, where it argued that the federation didn’t have any data to show that customers actually had been harmed by the new rule.

Borzi was more interested in the second suit, filed by the American Securities Association in Florida federal court. Unlike the FACC suit, which challenged the rule altogether, the ASA suit targeted the FAQ guidance, arguing its substance actually made new law and violated rules mandating a public comment period.

Though the argument is centered on legal subtleties, Borzi said the heart of the complaint centers on the rollover guidance, claiming that the DOL changed its long-standing policy on whether the first instance of contact between a professional and client must be considered a fiduciary contact. She believed the guidance didn’t go that far.

“It does open the door to instances where that first contact with an individual client could be treated as a fiduciary responsibility, but it’s based on facts and circumstances,” she said. “If you only have that one-time contact and you don’t envision or haven’t engaged in a long-time relationship, it’s not fiduciary conduct.”

The Labor Department has not yet responded in this case. While Borzi surmised that the DOL may wait to move forward on fiduciary rule regulations, she said the department would be busy enough with 18 regulatory projects on its springtime agenda slated to be done by year’s end. She expects many won’t make that deadline.

“That’s just not happening,” she said. “It’s a resource question."