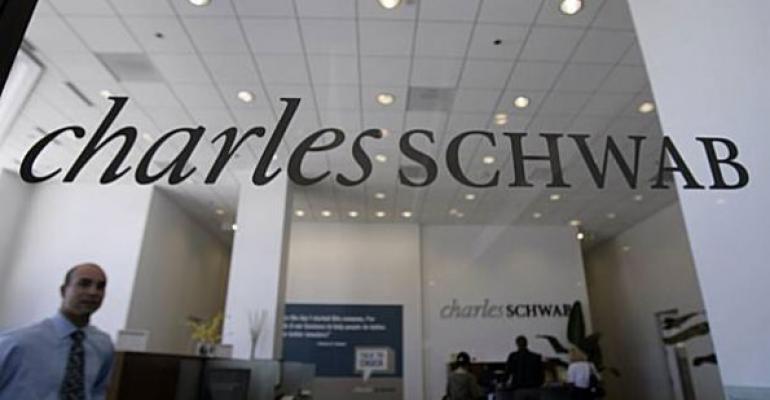 George Tamer, managing director of the sales team at TD Ameritrade Institutional, and Dan Cronin, who led sales for Schwab Advisor Services, were among the latest to lose their jobs this week as Schwab continues to integrate its former rival.

Charles Schwab announced more job cuts this week, as the firm continues to absorb its acquisition of one-time rival TD Ameritrade. The latest round of cuts included some key sales executives on the custody side of the business, with George Tamer and Matt Judge, who have both been with TD for 25 years, being shown the door, according to a memo obtained by WealthMangement.com. Dan Cronin, managing director of relationship management for Schwab Advisor Services, was also let go.

“I’d like to thank George Tamer, Matt Judge and Dan Cronin for their leadership in both the TDA and Schwab sales organizations and wish them the best in the next steps in their careers,” said Brad Losson, managing director of national relationship management, in the memo. “In particular, I’d like to express my gratitude for the deep commitment and straightforward guidance George has brought to the team over the past year to help transition clients seamlessly and unify our sales teams.

“At their core, these decisions are proactive and intentional moves to further integrate our Schwab and TDA RM organizations, and these changes mark what will be one of our most significant moves throughout the integration.”

Schwab declined to provide the total number of positions terminated, but noted it was providing “transition support to everyone who is impacted, including re-employment assistance and severance benefits.”

The most recent job eliminations at Schwab are the latest in a series of layoffs that tally up to over 1,000 between both Schwab and TD Ameritrade employees, based on previous statements made by the company. The cuts have affected well-known names in the wealth management space, including Tom Nally, former president of TD Ameritrade Institutional; Scott Leak, former director of institutional sales at TDAI; and Kate Healy, former managing director of Generation Next at TDAI and a 2017 WealthManagement.com Ten to Watch nominee.

“As we’ve stated previously, achieving our goals for the integration of Schwab and TD Ameritrade requires difficult but necessary organizational changes designed to create the strongest firm possible for our clients,” according to a statement provided by Charles Schwab. “Our actions primarily address overlapping and duplicative roles and have little to no impact on client servicing roles.”

“We are taking these actions in the context of a rapid expansion of our workforce and record levels of hiring to support areas of growth in our combined company,” noted the statement. Schwab added staff to client support roles after some advisors criticized the firm for slow response times during a period of high-volume activity earlier this year.

Charles Schwab CEO Walt Bettinger reaffirmed the firm’s integration timeline with TD Ameritrade on a business update call with analysts last week. The integration isn’t expected to be completed until at least 2023. In the meantime, the firm is rushing to complete its new digital onboarding service by its self-imposed deadline of Sunday.

The most recent cuts come just days after Charles Schwab revealed that it was named the top employer for new graduates by Forbes.