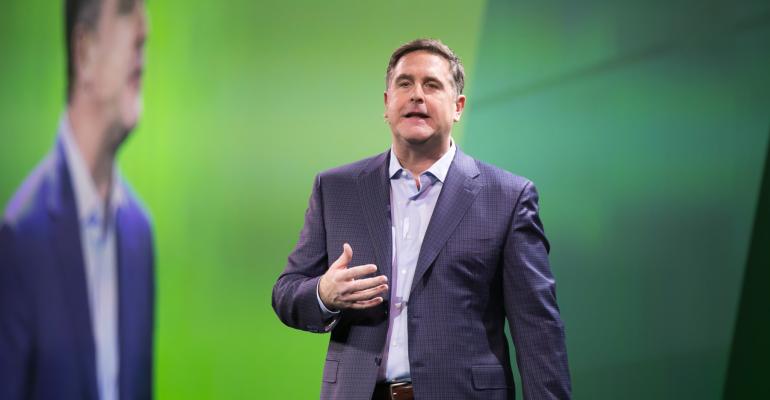 Tom Nally, 7 Other Execs Out at TD Ameritrade

Tom Nally, president of TD Ameritrade Institutional, and seven other executives are leaving the firm, following the closing of Charles Schwab’s acquisition of TD Ameritrade, according to an internal memo.

Related: 'We Are One Firm.' Schwab Plans for Single Technology Platform

The leaders “will be leaving the company following a short transition period,” according to the internal announcement. “These respected professionals have played an important role in TD Ameritrade’s remarkable achievements and demonstrated a deep commitment to the success of this transaction.”

"Our combined firm will be led by the current 19-member Schwab Executive Council, including CEO Walt Bettinger and Chairman Chuck Schwab," said Rob Farmer, spokesperson for Schwab. "As a result of these decisions, select members of TD Ameritrade Senior Operating Council will be leaving the company, including Tom Nally. These respected professionals have played an important role in TD Ameritrade’s remarkable achievements and demonstrated a deep commitment to the success of this transaction. We are grateful for their tremendous contributions and wish them the best."

Nally has been working with advisors for over two decades and as recently as January was reassuring advisors of “business as usual” at TD Ameritrade Institutional. Speaking before 3,000 advisors gathered at what was the final National LINC conference, he said the firm wouldn’t slow the professional development of its advisors.

Several employees, who declined to go on the record because they were not authorized by the company to speak publicly, said they had "mixed emotions" over the departures.

"They [Schwab executives] did not tell us if they had been fired or were leaving on their own but we have all kind of been expecting some of this and there is probably more to come," said one employee.

The employee said that in most regards, their new Schwab colleagues had been very welcoming and described a "touching welcome video they [Schwab] had made for us."

"They are making us feel at home, so far it has only been some very senior folks that have left and they [Schwab] do need to keep the lights on at least until all the accounts have been transitioned over," another employee said.

Prior to being named president, Nally led sales at TDAI and provided practice management and consultative support to RIAs.

“With a focus on the future, Nally has championed efforts to attract and support the next generation of advisors, including launching the TD Ameritrade Institutional NextGen Scholarship and Grant Program and the TD Ameritrade RIA Intern Network,” according to a biography provided by TD Ameritrade.

At TD Ameritrade, Boyle’s departure marks the unofficial transfer of power to Schwab. Boyle was previously CFO under CEO Tim Hockey and ascended to interim president and CEO in November, when the firm suspended its CEO search. TD Ameritrade began its CEO search just months earlier, following Hockey’s announcement that he was leaving the company by February 2020.

This is a breaking news story and will be updated.