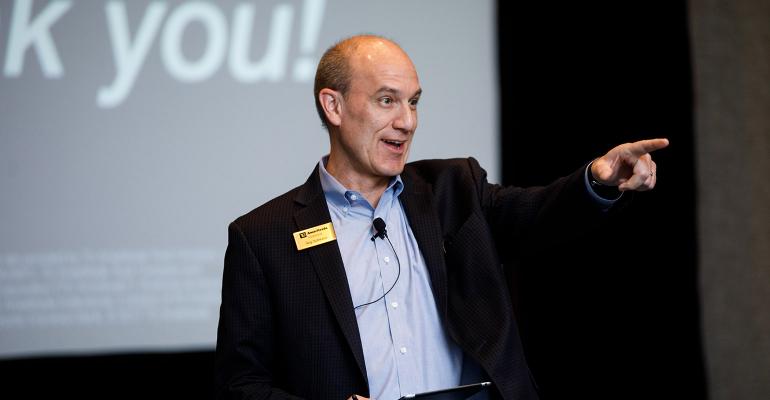 Another familiar face, Skip Schweiss, has left TD Ameritrade Institutional. He is still slated to lead the FPA, but otherwise his plans for the future remain unclear.

Skip Schweiss, president of TD Ameritrade Trust Company and head of advisory advocacy, has left TDAI, according to an announcement made on social media. The change comes amid continuing turnover at the firm as it and Charles Schwab work out the details of its acquisition. Last month, Dani Fava, former director of institutional innovation at TDAI, left to become head of strategic development at Envestnet.

Thank you for following my adventures with @TDA4Advisors. You can keep up with me now on my personal handle @SkipSchweiss.

Schweiss did not say what is coming next but noted he was “funemployed” at the moment in his Twitter biography. He was not immediately available for comment. A spokesperson for TDAI confirmed that he had left the firm, effective Monday, "for personal reasons."

Dr. Carolyn McClanahan, a prominent advisor and co-founder of Whealthcare Planning, said on social media that she was eagerly anticipating what would come next for what had become a familiar face at TDAI. Aaron Klein, CEO of Riskalyze, thanked Schweiss for “all the advocacy for the profession,” while suggestions for hikes and climbs rolled in on social media. Schweiss is known for his love of outdoor sports, including hiking and mountain climbing.

A WealthManagement.com survey conducted earlier this year found that advisors were concerned about the future service levels they would receive following Schwab’s completed acquisition of TD Ameritrade. Schwab has pledged to keep its custodian technology “open architecture,” as both vendors and advisors wait to see what the post-acquisition firm looks like.

Meanwhile, Schweiss will remain as 2021 President of the Financial Planning Association—a volunteer leadership role—confirmed a spokesperson for the organization.

Schweiss received criticism from Michael Kitces, co-founder of XY Planning Network and a critic of the SEC's Reg BI, following the announcement that Schweiss would lead the FPA. At the time, Kitces said the FPA's role as an advocate for a uniform fiduciary standard would come into conflict with positions held by TDAI, Schweiss' former employer. XYPN unsuccessfully sued the SEC to stop the implementation of Reg BI by June 30.