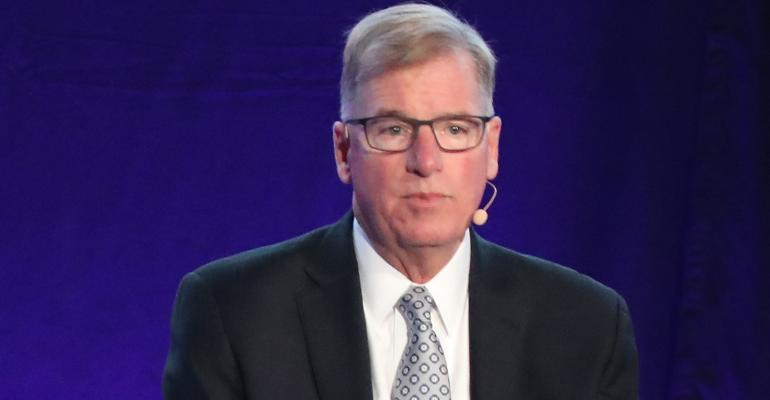 'We Are One Firm.' Schwab Plans for Single Technology Platform

Just hours after closing its acquisition of TD Ameritrade, Schwab executives described plans for new tech and the combination of referral networks.

Advisors used to a Charles Schwab experience or a TD Ameritrade experience should prepare themselves for a new, unified experience as the two firms move to integrate. That was the message from Bernie Clark, EVP and head of Schwab Advisor Services, in a call detailing plans for technology and referral networks, now that Charles Schwab has officially closed its acquisition of TD Ameritrade.

“In truth, we are one firm,” he said. “We are one culture. We are one strategy.”

While he was light on details, which Clark attributed to being in the early stages of integration, advisors should eventually see unified technology and a single platform, he said.

“There’s been a lot of conversation about Schwab Advisor Center, or SAC, as we call it, and Veo,” he said. “We are coming out with that next edition. That next generation of platform, as we go forward.”

No matter the future platform’s appearance, it will have a Schwab foundation, Clark said. “We had a guiding principle that we started with Schwab systems in general, across our many business lines, but would be the foundation of where we would build from,” he said. “That, of course, will be true in the advisor segment as well.”

Clark didn’t indicate if the single platform would be developed along the same timeline as the overall integration of the company. “There just simply may not be things that we have answers for at the present time,” said Rob Farmer, spokesperson for the firm.

But Clark was emphatic about the combined firm being open architecture and able and willing to service advisors of all sizes. “It’s no one’s job to tell [advisors] when they’re successful enough to be a part of the organization,” he explained. “We expect that all advisors will be able to do business with us.”

“We are open to every size advisor,” he added. “I don’t need to have a minimum or a maximum.”

Clark acknowledged that Schwab has gone through three “significant iterations” of referral programs and that “very little supply really doesn’t make anybody happy.” The two firms’ programs continue to be evaluated for eventual combination.

The closing of the merger also hints at the number of overlapping clients between the two firms. About 30% of clients overlap, said Clark. The remainder have ties to one or the other custodian, as well as “a third or fourth custodian.”

Until integration is complete, Schwab and TD Ameritrade “will continue to operate separate broker-dealers to serve their respective clients,” according to an announcement from Schwab. “The products, services and delivery channels currently available from the two companies remain largely unchanged” in the early stages of integrating.

“It’s going to be a period of discovery for all of us,” concluded Clark. “This is a very worthy mission we’re on.”