/sites/all/themes/penton_subtheme_wealthmanagement/images/logos/footer.png
Recent
Recent
The Co-Working Sector Is Bouncing Back
Sep 23, 2021
MyVest Improves Automation, Tax Management Features in its Strategic Portfolio System
Sep 23, 2021
Household Net Worth in U.S. Hits Record on Surging Home Values
Sep 23, 2021
The Basics of Being an Elite Advisor
Sep 23, 2021
Featured
The 10 Best and 10 Worst States in Which to Retire in 2021
Jul 15, 2021
Poll: 15 Classic Books on Investing and the Markets
Apr 03, 2020
25 U.S. Markets Adding the Most Multifamily Units This Year
Feb 03, 2021
Fifteen Must-Listen Business Podcasts for Advisors
Aug 14, 2020 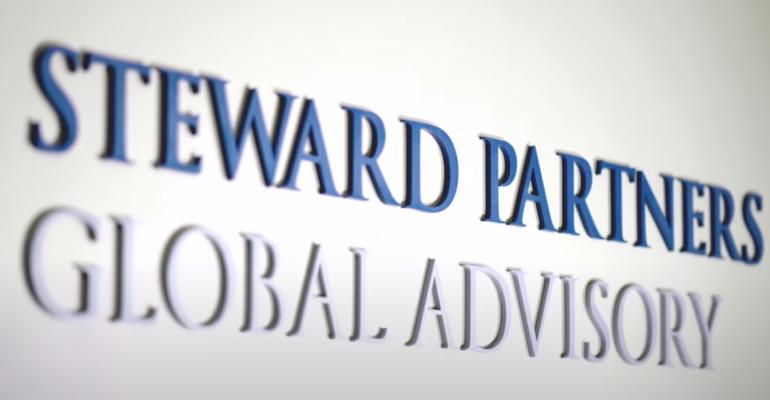 Steward Partners Recruits $1B in AUM in Six Weeks

Steward Partners, a $23 billion hybrid affiliated with Raymond James, has recruited seven advisors with a combined $1 billion in assets under management over the past six weeks.

The Washington, D.C.–headquartered firm reported in late June the addition of a duo from the Wells Fargo Private Wealth Profit Formula program, where they managed $780 million in AUM. The team, led by advisors Joe Sullender and John Utley, is operating as Sullender Utley Financial Group out of McLean, Va.

Also during the second quarter, Steward signed up to be Goldman Sachs’ first new custody client that the firm is currently building out via its acquisition of Folio Financial’s technology. While Raymond James has provided custodial services for Steward in the past, the RIA announced plans recently to move to a multicustodial model.

Echelon Partners, an investment bank and consulting firm, dubbed the Pritzker Organization’s investment in Steward as one of the most significant minority investments of the second quarter in its RIA M&A Deal Report. The deal was in the top three for most AUM transacted at $9.8 billion, trailing behind Charlesbank Capital Partners' investment in Lido Advisors and Leonard Green & Partners' stake in Mariner Wealth Advisors. Echelon said the deal exemplified such trends as private equity’s appetite for wealth managers and the increase in liquidity options for large wealth managers.