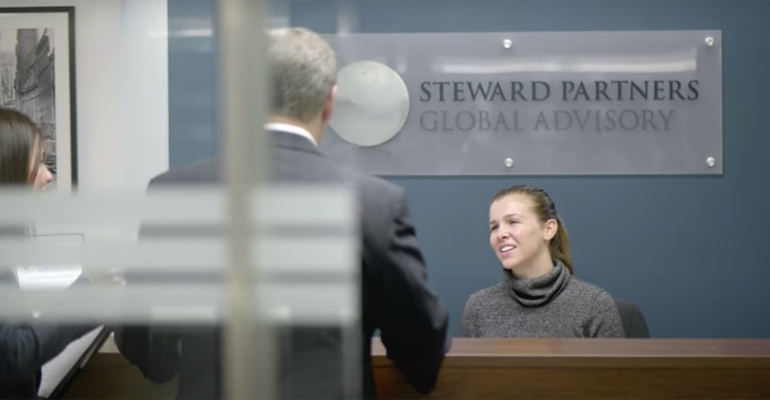 The investment firm started by the wealthy heirs to the Hyatt Hotel fortune had been looking to make an investment in wealth management for several years.

The Pritzker Organization, the private investment firm for one of the wealthiest families in the U.S. and heirs to the Hyatt Hotel fortune, took a minority stake in Steward Partners, an employee-owned wealth management firm associated with Raymond James Financial Services. The purchase comes with two seats on Steward Partners’ board of directors, according to a news release.

Steward’s growth path appealed to The Pritzker Organization, which had been looking to opportunities to invest in the wealth management industry for several years, said Pritzker’s principal Jason Sussman.

For Steward, the investment comes without the pressures from investors looking for quick returns. “The Pritzker family's ‘buy to build’ strategy is the opposite of the typical private equity ‘buy to sell’ mentality. Their permanent capital base gives The Pritzker Organization the ability to invest for long-term appreciation,” said Jim Gold, CEO of Steward Partners.

According to Hy Saporta, president of Steward Partners, the firm plans to use the additional capital to continue its expansion into more markets. Since Steward Partners was founded in 2013, it has amassed $23 billion in client assets and gown its advisor base to 170 financial advisors across 27 offices, mostly on the East Coast. In April, the firm completed its acquisition of Umpqua Bank’s wealth management business, Umpqua Investments, which not only helped it enter the West Coast market but also gave it $3.4 billion in assets, an additional $15 million in revenue and 23 financial advisors.

Gold added in his statement that Steward Partners has been “very selective” in choosing outside investors. “We want to make sure that our goals and long-term vision are in alignment,” he said.

Raymond James provides custodial services to Steward Partners, but it won't be the only one for long. A spokesperson said the firm plans to provide more custodial options to advisors sometime this year.