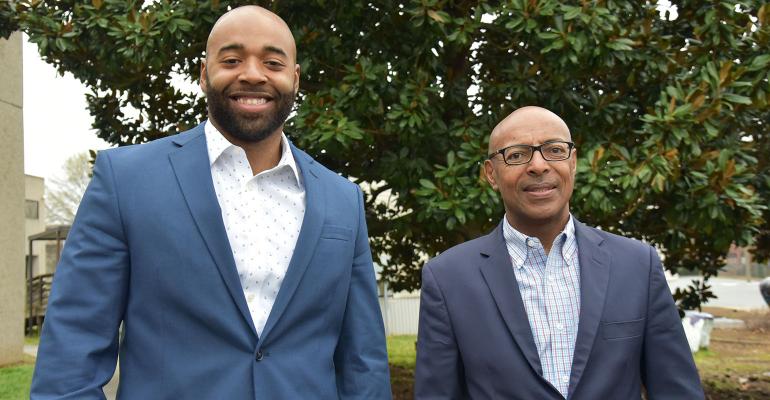 Inside an LPL Advisor's Succession Plan

After more than three decades in practice, Ron Davidson, who broke down barriers as one of the first Black independent financial advisors, found his successor with the help of LPL’s diversity and inclusion initiative. He retires on April 1.

About seven years ago, after being in practice for some 30 years, Greensboro, N.C.–based advisor Ron Davidson started getting questions from his clients about when he was going to retire and what would become of their accounts if something were to happen to him.

“Those burning questions began to cause me to lose sleep at night,” said Davidson, now a 66-year-old solo practitioner and head of Foresight Wealth Management. “So, one day my OSJ from my previous broker/dealer (Lincoln) was here doing an annual compliance review, and I asked him point blank in front of my wife, Billie, who is my assistant, ‘What would happen to my clients should something happen to me?’ And I waited for the response. He said, ‘Well, like most broker/dealers, your accounts will be assigned to me as your OSJ.’ And I said, ‘Really?’ He said, ‘Well, Ron, you don't have a succession plan. You don't even have a contingency plan at this point.’”

Related: Few Advisors Plan for Their Own Demise

He gave his OSJ three years to find him a match—a junior advisor who could take over his $40 million book of business. He wanted a successor who was a near duplicate of himself—hardworking, honest, intelligent and eager to prospect for new clients. About 70% of the clients he would transition to the junior advisor are Black, and Davidson felt it was important to them that his junior partner should be too.

His OSJ came up short.

Planning for succession is a difficult task for any financial advisor; few advisors do it at all. But Davidson had the added challenge of finding a successor who was also African American. Just 2.9% of advisors identify as Black or African American, according to recent data by Cerulli Associates, compared with 14.2% of the U.S. population.

So he considered joining another broker/dealer that would have more success. He heard a lot of good things about LPL Financial’s M&A team, run by Jeremy Holly, senior vice president and head of Advisor Financial Solutions. But the thing that sealed the deal was LPL’s diversity and inclusion initiative, run by Lauren Taylor, that has an advisor matching program.

Even before Davidson joined LPL in September 2019, Taylor called him to set up a meeting with a possible successor—Nick Miles, a 28-year-old CFP and wealth manager with Rutledge Financial Partners, in Matthews, N.C., a suburb of Charlotte. At that lunch, the two men hit it off.

“It all worked together, and it was fate in a sense,” Miles said.

Miles and Davidson had a lot in common. They both grew up in the rural Greensboro area, and Miles and Davidson’s son are the same age. Both men played high school and college football; both were star players. Both got their start at an insurance company and then decided to go independent.

Further, Davidson had already met Johnny Rutledge, the president of Miles’ firm, several years ago on the golf course. 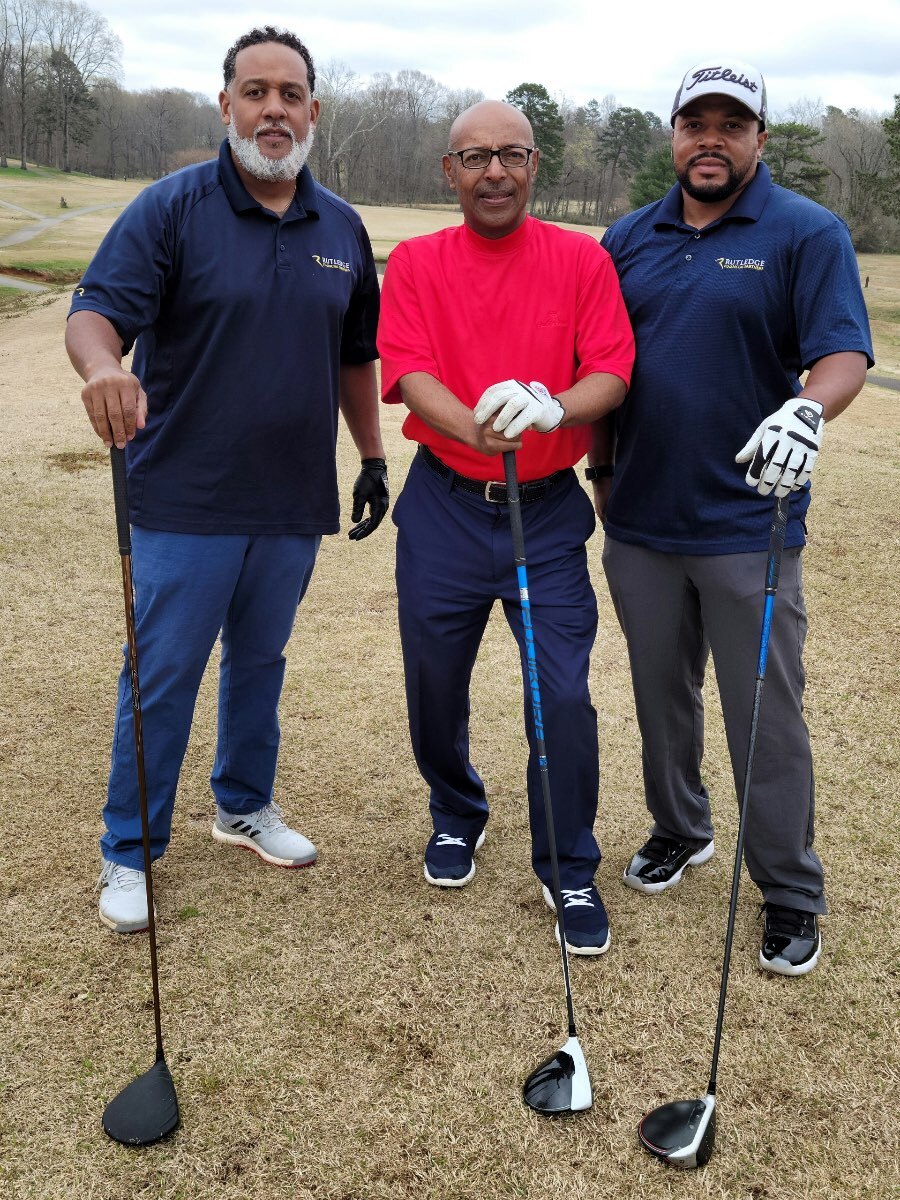 And Miles had always wanted to open up an office in Greensboro, closer to his roots, he said.

Davidson joined LPL later that year, and Rutledge agreed to acquire his practice, with Miles taking over the management of his book. Miles has about $14 million in client assets of his own.

He also signed on with LPL’s Assurance Plan, which works as a sort of “stopgap” in lieu of a formalized continuity plan, ensuring that client assets will be protected even if a principal dies. If something were to happen to Davidson before the deal went through, LPL would facilitate the sale of his business to Rutledge.

“The rest is history, and we've put together a very dynamic succession agreement. And they hired me immediately as a consultant to the team to help aid the success of the acquisition,” Davidson said.

While he officially retires April 1, he’ll receive a consulting fee as well as ongoing compensation for any referrals he brings in. “In regards to networking, I can continue to do that on my own time," helping his legacy continue to grow, he said.

Miles will manage the clients' accounts.

“I was just interested in learning or working with someone that had been through the same type of things that I either have been through or are going to go through in the industry,” Miles said. “Ron is seen in our eyes as like a pioneer in the industry because there's not a lot of us now, compared to the big scheme of things. He jumped and cleared hurdles that I, to be honest, don't have to jump and clear now because of people like him.”

When Davidson started out in the industry in the 1980s, as an insurance agent with Life Insurance Company of Virginia, there were even fewer African American advisors.

Many folks along the way told him he wouldn’t be successful. For instance, when he expressed interest in opening up his own boutique practice and building his own brand among the African American community, his manager at the time said, “‘You're not going to make it; you're not going to survive; you don't have what it takes.’”

“I'm a military veteran, so I had always adhered to the chain of command, but this time I had to break it, because my desire to help other people in these communities was so much greater than hearing a ‘no’ from a manager,” Davidson said. “I was the only independent African American advisor with an independent office at the time. Most others were either with an insurance company or a property and casualty company. So, clients began to flock to me because people started calling me ‘the money man.’ And my identity quickly changed from being a life insurance agent to a financial advisor, even way back then.”

“I broke the color barrier many years ago, because when I started in the industry I saw very, very few African Americans at meetings or conventions,” he said.

He was the first African American to be elected president of the North Carolina chapter of the National Association of Insurance & Financial Advisors. He’s a member of the Million Dollar Round Table, and the Association of African American Financial Advisors. He’s also actively involved with North Carolina Agricultural and Technical State University, a public, historically black land-grant research university in Greensboro, and he plans to help educate students there on the benefits of the financial advisor career. 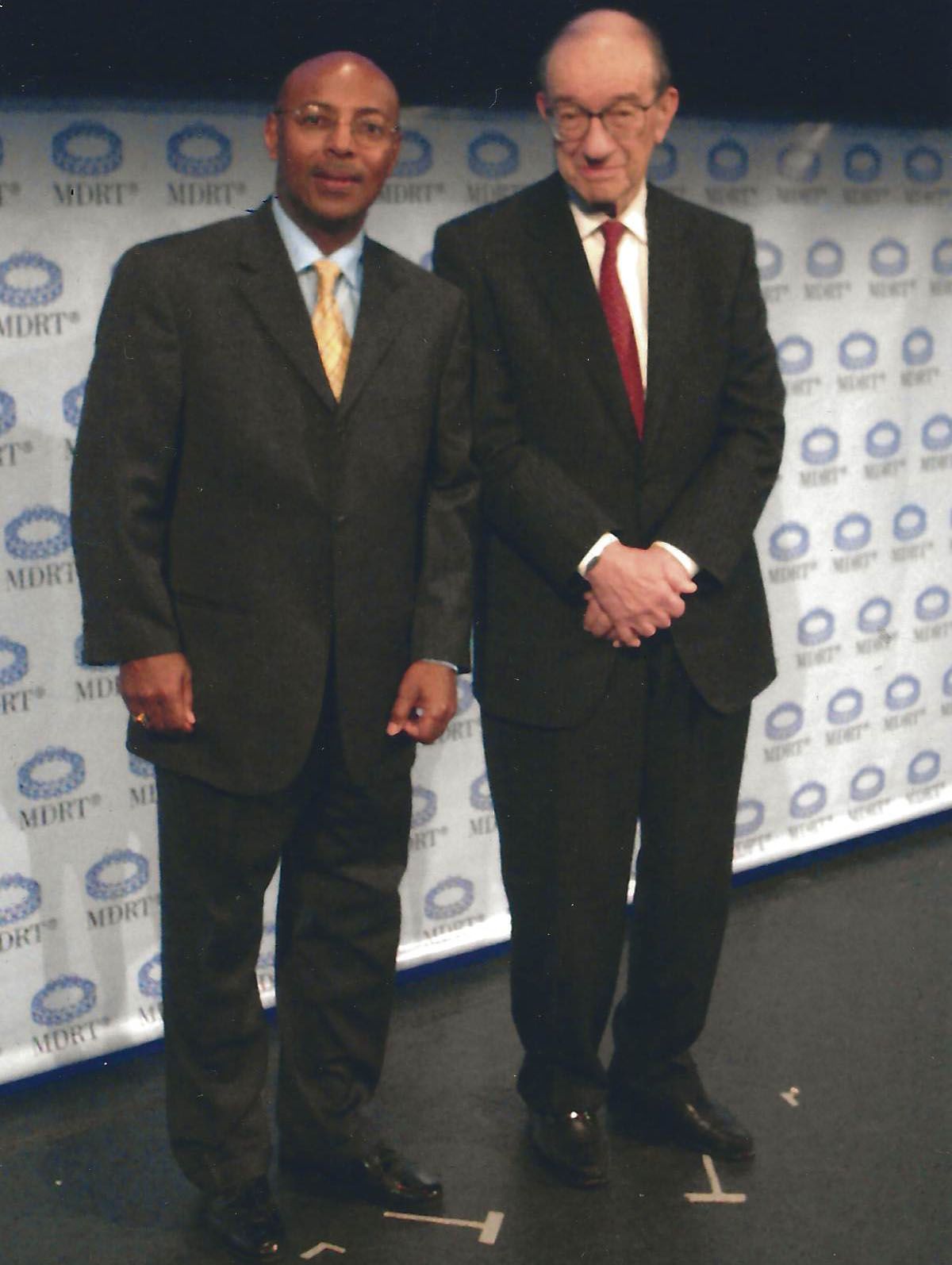 He’ll also continue to mentor young African American advisors, who have sought him out for advice and guidance.

“I gave them some strategies that would help them to survive,” Davidson said. “I said, ‘If you can last another year I think you'll be okay.’ And also training—you have to go get additional training, or designations as we call it in our industry, because people will respond more if you have credentials. And we have to always be better than others, always have been. And even true today, you can have respect and people love you and all, but boy you better know some things. You have to carry your own weight.”