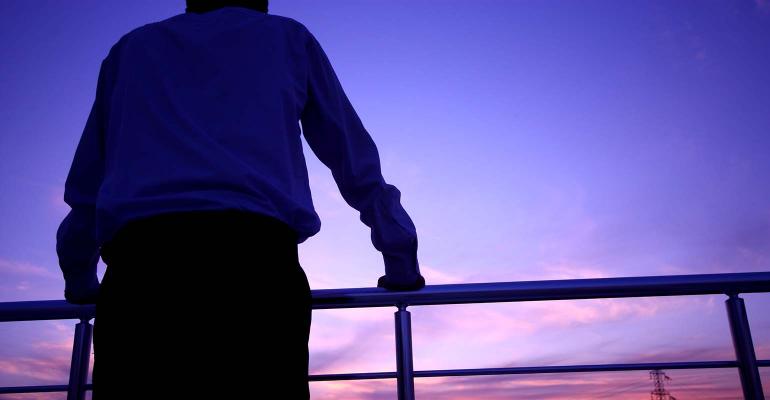 Few Advisors Plan for Their Own Demise

LPL program highlights the need for continuity planning in wake of an advisor's death. 'Whether on this side of the grave or the other, we never want to leave our clients floundering.'

Few people want to think about their own death or disability, and financial advisors are no different. But firms, particularly smaller RIAs, that don't plan for it threaten to place their beneficiaries, staff and clients in an untenable position should the unexpected occur.

One of the industry’s “great ironies” was that advisors work with clients to secure their future while failing to plan for their own, he said. The new program works as a sort of “stopgap” in lieu of a formalized plan, ensuring that client assets will be protected even if a principal dies.

“We have a lot of small business owners in small town USA, and may not have a known succession partner; that’s a big gap,” he said. “A lot of advisors want to continue working, don’t want to think about retirement, they think they’re going to do this as long as they possibly can.”

Principals at advisory firms seem aware of an issue. According to a recent DeVoe & Company report, 57% of RIA respondents said that the leadership transition from founders to the next generation of principals would be “bumpy,” with 13% saying it would present a significant or severe challenge. Some firms replied that there was no one in-house qualified to take over. Additionally, 73% of firms didn’t have a plan in place in a 2018 study by the Financial Planning Association, with numbers even starker for smaller firms; while 60% of firms with more than $500 million in assets under management had a plan in place, only 13% of firms with less than $50 million in assets could say the same.

Succession planning for death or incapacity can be particularly difficult for RIAs, according to Brian Hamburger, the CEO of MarketCounsel, who said he’d witnessed many sudden succession transactions fail because the plans were improperly designed.

“That’s not the time where we find out this thing is not going to work. One of the parties we need is no longer there,” he said. “What happens after a passing in an RIA is devastating if they don’t have a plan in place.”

While clients’ assets are often held at a custodian and would not be lost in the event of an advisor’s sudden death, custodians may freeze those accounts if there is uncertainty about who is in charge and empowered to authorize trades or transactions. Clients risk losing the continuity of financial advice, staff face new uncertainty about their future, and the advisors' beneficiaries are in danger of inheriting an asset that may quickly depreciate in value. Hamburger recalled one founder who died without having the proper documentation to legally enact the succession plan he had in place.

“I’m on the phone with his widow the next day, saying if we don’t address it now, there won’t be a firm for her to sell,” he said. “All of his life’s work is potentially for naught because it may walk out the door in the days and weeks ahead.”

LPL’s Assurance Plan attempts to address these challenges, including a guaranteed payment to beneficiaries from LPL. The broker/dealer will also work with the remaining staff and try to find buyers for the firm in LPL’s network, said Holly.

“It’s all about minimizing disruption,” he said. “That business would pass to the buyer while giving continuity to the clients. We have a good number of qualified buyers in our network, which makes this actionable.”

LPL tested the waters with a soft launch for a number of firms, including Authentic Wealth Partners, a Manassas, Va.-based RIA led by Bobbie Bascombe, who acquired the firm from its founder about a year ago. She viewed the LPL plan as a temporary solution until she had a formalized internal succession plan in place. With the Assurance Plan, her family would be taken care of and LPL would be incentivized to find a suitable fit for her clients.

“I think if a client gets wind of an advisor passing, if there isn’t a plan in place for someone else to take over, whether internally within your firm or with an arrangement, the client is left to flounder to figure it out themselves,” she said. ”Whether on this side of the grave or the other, we never want to leave our clients floundering.”

Richard Hill, the founder and president of Raleigh, N.C.-based Compass Financial Group, also took part in the soft launch. Prior to the Assurance Plan, Hill had an agreement with a local advisor, who would take on his clients in the event of his death, with some compensation going to his spouse in the year or two after he’d died.

However, Hill found the arrangement unsatisfactory for either the advisor or his own clients. With LPL, he liked that the company would buy the firm at a prearranged price, and it kept him from checking that a purchasing firm was financially stable enough for his clients to expect consistent care.

He also liked that LPL’s plan allowed him to choose an advisor with the “rights of first refusal,” where a designated advisor would have the option to buy the firm before LPL introduced it to its broader network.

For Hill, the LPL plan is particularly strong for ensuring that his beneficiaries will be taken care of in the event of his death, but the outcome for clients and staff could be less certain; he said that his staff would likely still be let go should he die unexpectedly.

“The best way to ensure that there’s no interruption is to come up with a detailed succession plan, and that means finding an advisory firm to promise in writing what they can do, or internal succession, which is what we’re hoping to do,” he said.

Hill said he worried that many advisors were failing to complete succession plans for a sudden death because the daily demands of running a practice left it too often overlooked.

“I don’t think there’s a difficulty getting an advisor to understand the need,” he said. “The problem is none of them think it’s going to happen now.”

For those firms without a plan in place and who may not have the option of a plan like LPL’s, it can be difficult to know where to begin, according to Chris DiTata, general counsel and vice president at RIA in a Box. He suggested that firms start by consulting with an independent valuation expert, and while they may not want to discuss the issue, it’s particularly important for smaller practices and solo practitioners to begin creating a plan if they haven’t done so.

While there’s no federal regulation specifically addressing succession plans in the event of a principal’s sudden death, the SEC introduced a proposed rule in 2016 requiring SEC-registered investment advisors to develop business continuity and transition plans that would address risks that would significantly disrupt the firm’s operations.

The 2016 SEC rule was not finalized, in part because there was industry pushback to have the SEC issue guidance under an existing rule on business continuity plans released in 2003, according to Karen Barr, president of the Investment Adviser Association. In a 2016 comment letter to the SEC, the IAA wrote that the proposed rule could be counterproductive; instead, new guidance would be better because it would be “inherently more flexible.”

Additionally, in 2015 the North American Association of Securities Administrators released a model rule on business continuity and succession plans. The proposed rule said that state-registered advisors should implement procedures that would include ways to communicate with clients, employees and regulators to notify them about significant business interruptions or the death or unavailability of key personnel, as well as who would be assigned to fulfill the duties of key personnel if they died (the rule was passed by at least 12 states as of 2017).

A. Valerie Mirko, a partner for North American Financial Regulation and Enforcement Practice at Baker McKenzie, said she was optimistic about the industry’s overall response to the need for a succession plan in the event of a sudden death or disability, and noted that SEC-registered advisors might have a low employee head count, but the amount of managed assets could make it more likely that more stringent succession plans were in place, compared to state-registered advisors with less than $100 million in AUM.

“I’ve seen positive indications for a long time,” Mirko said about the adoption of succession plans. “When you look at the reaction to the 2016 proposal, you see the industry talking in one voice, saying ‘firms already do this, and having too prescriptive a framework could be harmful.’”

Hamburger felt that the SEC had already weighed in on the need for succession and transition planning, because such a plan would inherently be a part of a business continuity strategy (the SEC did release rules saying firms should create contingencies in the event an advisor is unable to provide advisory services, which could include, "in the case of some smaller firms, the death of the owner or key personnel.")

Hamburger said firms should not be moved to enact one based on concerns about compliance; it should be front of mind because it was in the best interest of an advisor’s clients, beneficiaries and staff. But he struggles to find reasons to be hopeful.

“I would love to share some degree of optimism, but despite time marching on and (principals) continuing to age as a demographic group, I continue to become more and more shocked at the lack of succession planning and engagement on this topic,” he said.