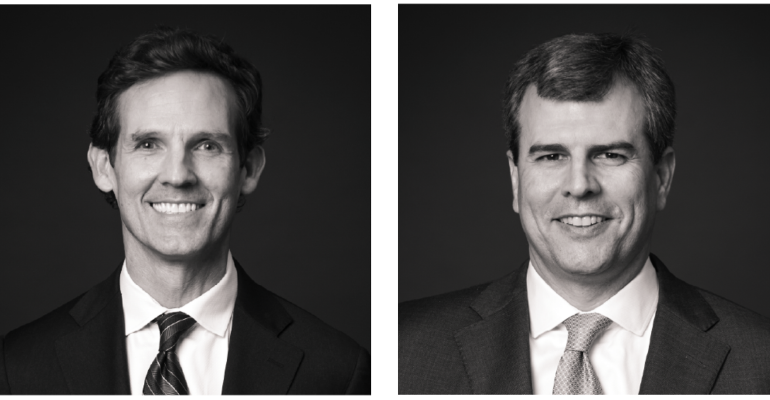 Advisors Bentley Blackmon and Phillip Worthen, former brokers with regional firm Stephens Inc., have launched an investment advisory in Little Rock, Ark., with the backing of a couple of former Envestnet executives, according to a recent announcement.

Blackmon and Worthen's team had been with Stephens for over 10 years and managed $1.7 billion in client assets for 80 high-net-worth families. Stephens' most recent filing shows the firm with $12.5 billion in assets under management.

“Naviter Wealth was built to help clients navigate their financial journey and preserve their legacy,” Blackmon said in a statement. “As an independent firm, we are free from the constraints and conflicts inherent within traditional broker dealers.”

Worthen and a support team that included former Stephens employees launched the firm in January, but Blackmon did not join until the end of March.

Regulatory filings show Stephens let Blackmon go in the fall of last year for violating a FINRA rule regarding outside private securities transactions, according to Blackmon's BrokerCheck profile. In an interview, Blackmon said he had submitted some forms for outside private equity investments he made on behalf of his family too late. To honor his employment contract, he waited six months before finally joining Naviter as CEO.

The team launched their practice with the help of the Wealth Advisor Growth Network (WAGN), a practice management service provider for liftouts run by former Envestnet senior executives John Phoenix and Jay Hummel.

WAGN, which has a minority investment from Merchant Investment Management, was founded to help financial advisors establish their own RIAs and consult on business strategy, growth and acquisitions. In Naviter's case, WAGN took a majority—75% or more, according to its February ADV filing—ownership stake in Naviter Holdings LLC, which directly owns Naviter Wealth.

WAGN made the investment to help launch the Naviter team out of Stephens without its CEO at the helm. In a few months, WAGN will sell the majority ownership to Blackmon and Worthen and reduce its ownership to 11%.

"Our equity position aligns us with the advisor/owners of the practice," said Phoenix. "With these firms we take an active day-to-day role alongside the advisor in the management, growth (both organic and inorganic) and operations of the firm."

WAGN has so far made two of these investments; the first being Elk River Wealth Management in Denver. Phoenix said there's a third coming in June. In the next five years, WAGN plans to have made eight to 10 minority investments.