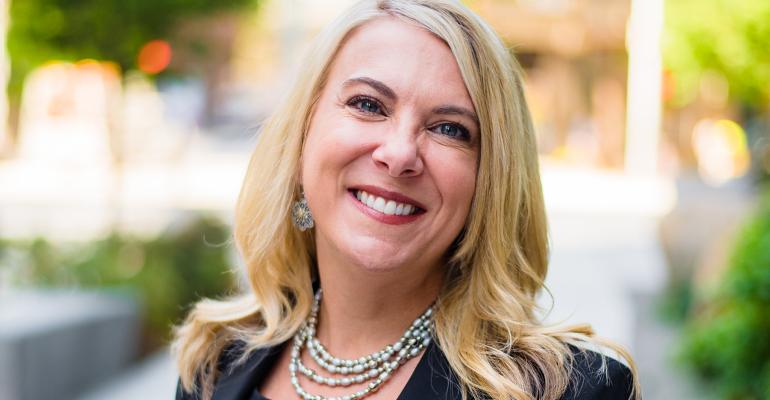 The former CEO of KMS Financial will lead a new team at Advisor Group dedicated to creating a 'feedback mechanism' to better support advisors, tailored to their specific business model.

Erinn Ford, the former CEO of Advisor Group subsidiary KMS Financial and former president of Cetera Advisors, has been promoted to executive vice president of advisor engagement at Advisor Group. In the newly created role, she'll create a feedback mechanism to get advisors' input on the firm's offerings, and implement a business-segmentation approach to developing services and support across the firm.

“My whole life I’ve had the opportunity to serve financial professionals, and what’s energizing for me, I’ll be able to have influence over all 11,000 at Advisor Group and bringing not only that sense of community, but also bringing the growth and efficiency that we can bring as independent business owners,” Ford said, in an interview with WealthManagement.com.

Ford played a major role in the integration of KMS into Securities America following Advisor Group’s acquisition of Ladenburg Thalmann and its five broker/dealers.

In her new role, she'll be a liaison between the firm’s executive team and its 11,000 advisors, gathering feedback and using that to inform new services and offerings and improve advisor satisfaction.

“I think that’s an appropriate role because oftentimes there’s a bit of a Chinese wall between management and the advisors,” said Jonathan Henschen, president of the recruiting firm Henschen & Associates in Marine on St. Croix, Minn. “I think it’s a good thing for Advisor Group because these really large firms—that’s a weak point for them in that the advisors often feel insignificant; they feel small; they feel marginalized; they don’t feel heard. Somebody in her role could help diminish those downsides to being at a large broker/dealer.”

Ford said her team will work on developing a metrics-driven approach to improving the advisors' experience, with both quantitative and qualitative strategies, and will build out a scorecard that captures leading and lagging indicators of the business.

“That includes everything from how an advisor is growing—looking at that advisor’s growth in the last year,” she said. “It would be looking at specific feedback that we’ve captured via a survey mechanism that were able to understand exactly where their business is at, that could be including how many service and operations items they have open at Advisor Group.”

Her group will also be focused on bringing services to advisors that make sense for their specific business model, "so whether an advisor is a solo practitioner, hybrid RIA or an ensemble, it’s for us to really bring our offering to them that matches them,” Ford said.

For example, there are a number of services that were offered at Ladenburg Thalmann that the firm is now bringing to Advisor Group’s advisors, such as its business coaching and consulting program and virtual assistant offerings.

Ford said the firm has also received feedback from a number of ensemble teams that aren’t big enough to hire their own full-time marketing professional. And while this may come down the line, she plans to introduce a kind of fractionalized CMO program, where a team could use a marketing professional—an Advisor Group employee—for just a few hours a week or on a part-time basis. This would be an additional offering to MyCMO, the firm’s marketing platform.

“This could be an offering or solution where they could tap into, for example, a marketing professional in whatever unit of time that’s right-sized for their organization,” Ford said.

And while it’s not part of her job description, Ford plans to be very involved in the firm’s women’s and diversity and inclusion initiatives. In fact, in her first 60 days, she plans to launch a sponsorship program pilot, where she’ll match five female executives at Advisor Group with mid-level female leaders. It will involve two-way learning and mentorship, with the hope that these five executives will advocate for those females to be considered for opportunities higher up in the organization.

“As much as female executives can share with younger or mid-level talent, it’s as much as for us to learn form that talent.”