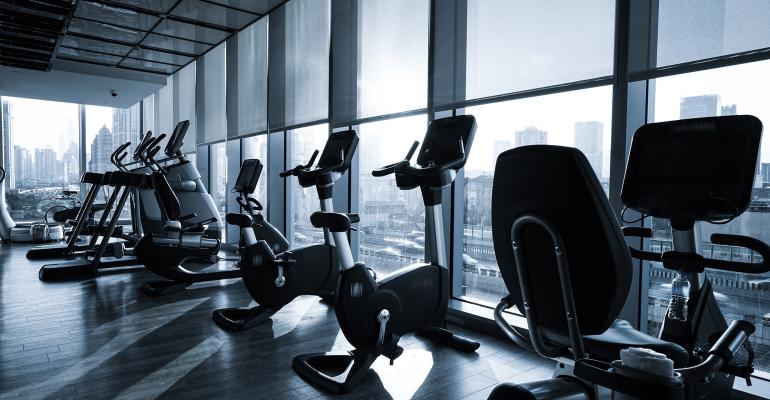 How Office Landlords Are Trying to Raise Their Physical Occupancy Levels

With human interaction cited among the main reasons for workers to go into the office, landlords are focusing on common spaces and gyms.

COVID-19 may be less of a threat today than it was a year or two ago, but some white collar workers continue to resist returning to the office in any meaningful way. According to security service provider Kastle, during the week of June 27, its 10-city average physical office occupancy barometer stood at 44.2 percent, well above the end of last year, when the Omicron wave pushed it below 20.0 percent, but still below even half-way occupancy. Likewise, The Vitality Index put together by commercial real estate services firm Avison Young to track the pace of a return to downtown offices, found that as of June 27, average weekly office visitor volume across cities in the U.S. and Canada was still down 56.4 percent compared to March 2020.

Meanwhile, in today’s environment, when requiring workers to come in even as rarely as once a week can result in a corporate standoff and employee threats to quit, most corporate occupiers prefer their employees to come back to the office voluntarily and are asking landlords to help them by providing irresistible amenities to lure people in.

“Amenities are no longer an optional ‘nice to ‘have,’ but ‘must haves,” says Janet Pogue, principal and director of workplace research with global design and architecture firm Gensler. Gensler’s post-pandemic Workplace Survey identified some fundamental changes in in office users’ preferences. One of the most important amenities turned out to be connected to social interaction, for example—the ability to work in person with other people.

The younger generation of office workers, particularly those belonging to Gen Z, are increasingly considering working in places outside the traditional office that still allow them to engage in impromptu meetings and collaborate with others, Pogue says. These could range from neighborhood coffee shops to public libraries to nearby parks. As a result, office landlords are now trying to create the types of spaces within their properties that will fill the same role, including office lobbies, terraces and rooftops that are still set up to allow people to work in addition to getting some fresh air.

Providing safe places for people to gather is the number one draw for getting people back to the office, agrees Chicago-based Tom Larance, managing director with commercial real estate services firm JLL who heads its experience management team. “Whether that is outside or in a tenant lounge, people want to get together and share a sense of community and collaboration.”

For example, at 60 Wall Street in Manhattan, landlord The Paramount Group Inc. is transforming a dark, underutilized space in the fortress-style office tower into an airy, welcoming pubic garden, with an array of biophilic elements and a newly cut skylight canopy to bring in natural light, notes Brett Shannon, first vice president with CBRE's New York City agency group who represents office landlords. The 60 Wall Street “modernization project,” announced last year, is set to feature North America’s largest indoor green wall, according to New York Yimby. It also involves the addition of a new restaurant and a café.

More office landlords are also integrating opportunities for wellness amenities into their spaces, such as providing fitness options that include trainers and nutritionists, says Larance. “The response to these programs has been excellent,” he notes. A recent survey of Canadian office markets by Avison Young did find that office users are placing more emphasis on fitness and wellness amenities.

For example, the latest iterations of fitness centers on-site at office buildings often incorporate convenient facilities such as lockers and shower stalls to allow people to exercise with ease during their lunch break, according to Shannon. Shannon says landlords are also adding on new lounges, cafes and conference centers with state-of-the-art audio-visual technology to make it easier for office workers to both socialize and complete their individual tasks with ease.

He cites Harborside, a six-building, 4.3-million-sq.-ft. office campus owned by Mack-Cali Realty Corp. in Jersey City, N.J. The campus is emerging from the pandemic with a $100-million makeover that includes a food hall environment similar to the one at the Ferry Building in San Francisco, a farmer’s market, yoga classes and an opportunity to watch movies outdoors, Shannon says. These amenities appeal to both the complex’ office workers and to local residents, Shannon says.