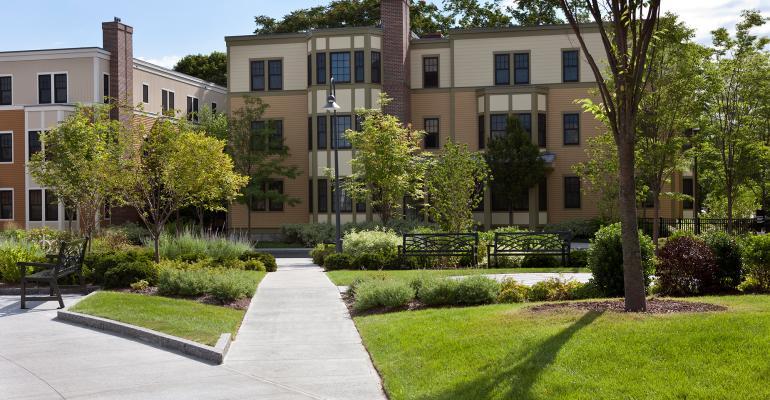 Cap rates on suburban garden apartments fell below rates for mid-rise and high-rise multifamily properties during the second quarter, according to recent data from MSCI-Real Assets.

Investors have nothing against high-rise apartments in busy downtowns. They still pay sky-high prices at low cap rates for all kinds of multifamily properties. But humble garden apartments fetched lower cap rates on average than mid-rise and high-rise apartment buildings—for the first time ever—in the second quarter of 2022.

Investors placed more value on an average dollar of income from garden apartments, which are often older and in secondary markets or suburban submarkets, than the value they placed on a dollar from mid-rises and high-rises.

Deep-pocketed investors are also increasingly likely to buy whole portfolios of garden apartment properties, according to MSCI. Investors spent a total of $57.4 billion to buy garden apartment assets in the second quarter and nearly a third of that (31 percent) was in giant acquisitions of portfolios—up significantly from the volume of portfolio sales the year before, according to MSCI.

Part of reason investors buy so many garden apartments today is simple geography. “At a macro level, we see a lot of the Sun Belt markets continue to pull in investment at a faster rate of increase than gateway markets,” says Carl Whitaker, director of research and analysis for RealPage, Inc.

Many of these sunny metro areas have far more garden apartments than they have mid-rise and high-rise apartments. “One of the defining characteristics of the Gateway markets is that they tend to be more concentrated and urban in nature,” says Whitaker.

High demand in the Sun Belt and the suburbs

Demand for garden apartments rose during the pandemic is still relatively high during the recovery.

During the pandemic, many renters worked remotely. They could live far from their employers in places where housing was less expensive. Many moved from densely-developed downtowns in expensive Gateway cities to less-densely developed housing like single-family houses and garden apartments in less expensive places, like far-out suburbs and secondary markets in the Sun Belt

In Sun Belt markets in the years before the pandemic, the percentage of occupied apartments usually lagged 1.5 percent to 2.0 percent below the percentage of apartments occupied in Gateway markets, including Los Angeles and New York City. These Sun Belt markets caught up during the pandemic—Sun Belt occupancies lagged by just 0.5 percent to 1.0 percent. That trend reversed itself in the recovery from the pandemic—but not fully. The average occupancy rate in Sun Belt metros was 1.5 percent lower than in Gateway metros—on the upper end of the range before the pandemic.

Suburban submarkets, where garden apartments are more common, have also performed well in the pandemic and recovery.

“Suburban west coast neighborhoods, for example, have actually seen performance remain far more resilient than their urban counterparts,” says Whitaker. “That’s pulled in a larger share of investment even in those geographies.”

Garden apartments are likely to perform well in the future, with little competition from new development. Very few developers have been able to build new low-rise apartments—the cost of land is simply too high to put fewer than a dozen apartments onto an average acre. And many suburban localities resist more dense development.

“Unless you’re looking in far-reaching suburban or even exurban areas, it can be difficult to find the land to build garden-style apartments,” says Whitaker.