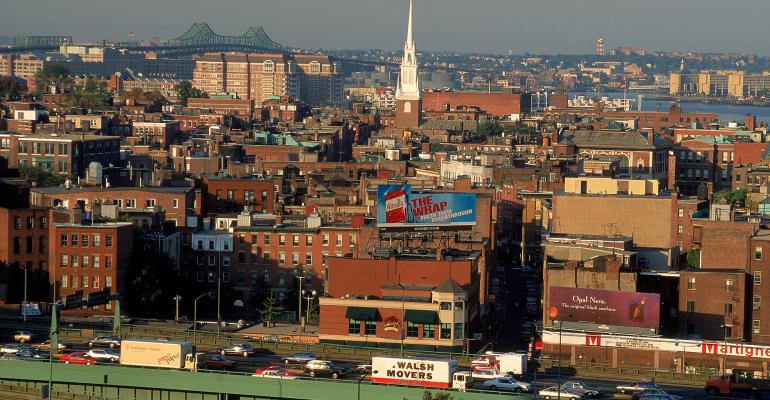 Effective rents in Beantown fell during the pandemic, but have fully recovered and then some in the past two years.

Rent control advocates in Boston are once again pushing for new rent control laws. Of course they are.

Apartment rents rose 17 percent in Boston over the last year, on average, including concessions. There’s no relief in the short term either. Market observers predict rents are likely to keep rising sharply through the rest of the year. Renters are understandably angry.

Boston Mayor Michelle Wu, elected in late 2021, is calling for new rent control laws. Though there many barriers to bringing rent control back to Boston, advocates have recently won other battles to create or expand rent control laws in St. Paul, Minn., California and New York City.

On the flip side, apartment investors contend that rent control laws end up reducing how many new apartments that are built—which ultimately exacerbates shortages of affordable housing.

“You cannot properly operate a building when you can’t account for your costs,” argues Bruce Percelay, chairman and founder of The Mount Vernon Company, a leading operator and developer of apartments based in Boston. “You can’t maintain your existing supply and it eliminates the incentive to build.”

“Part of the 2021 and 2022 increase is making up for the loss in rent that occurred in 2020,” says John Sebree, national director of Marcus & Millichap's Multi Housing Division, working in the firm's Chicago offices.

If Boston rents had simply grown a little less than 4 percent a year from 2019 through 2020 and 2021, they would be in about the same place.

“This COVID environment has put everything on steroids. People are paying more attention than they ever have to housing,” says Jim Lapides, vice president at the National Multifamily Housing Council, based in Washington, D.C.

Renters in Boston were already angry about the high cost of housing before the pandemic. Now they have effective had several years of rent increased all at once. More than half of Boston renters spend over 30 percent of their monthly income on rent, according to City Hall.

Rents are expected to rise 7.1 percent in 2022 in Boston. That’s another big number—though it is roughly in line within price inflation through the rest of the U.S. economy. The demand for apartments in Boston drove the percentage of vacant apartments down to 2.6 percent in March, roughly half what it was during the pandemic. Employers as likely to add nearly 100,000 new jobs in 2022.

Boston had rent control for decades before it was repealed by voters in 1994.

Mayor Wu promised to restore rent control in Boston as she campaigned to become mayor in 2021. In March 2022, she created a 23-person task force to craft a rent control proposal for the Massachusetts Legislature for the legislative session that begins January 2023.

Bringing rent control back to Boston won’t be easy.

State legislators already turned down a proposal to let Boston create rent controls in early 2022. Like most other states in the U.S., Massachusetts law forbids local governments from creating rent control laws. The Republican governor of Massachusetts, Charlie Baker, has also promised in early 2022 to veto any new legislation that would allow rent control to return to Boston. Rent control advocates could also craft another ballot initiative to put the matter in the hands of voters.

Meanwhile, a new law promises to open a lot of land to new apartment development. The 2021 law requires local zoning officials to create zoning for high-density apartment buildings within walking distance of public transit connected to the Massachusetts Bay Transportation Authority system. In some smaller towns, the new regulations may expand housing stock by up to 25 percent, according to analysis by Marcus & Millichap.

“A lot of communities will say that they want housing, but they won’t change the zoning laws so that we can actually produce the housing,” says Greg Vasil, CEO and President of the Greater Boston Real Estate Board.