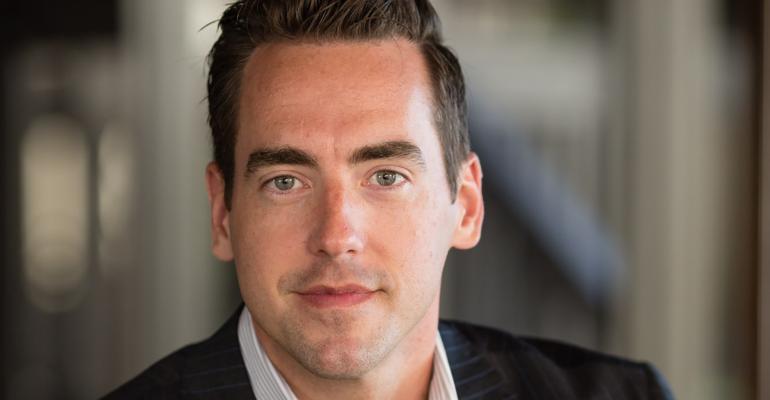 Are you willing to be Snappy Kraken and Sawtooth Solution's test advisors?

Snappy Kraken, an advisory marketing firm already known for its outside-the-box thinking, has formed a partnership with a turnkey asset management platform provider. The firm announced Dec. 5 that the first 100 advisors to put $10 million on Sawtooth Solutions, a 10-year-old TAMP based in Minneapolis, will have zero upfront marketing costs. Advisors that sign up won't be billed monthly, which is Snappy's standard pricing model, but will in turn be charged five basis points on the revenue generated from Snappy Kraken’s ads to investors. The promotion will last until March 31.

What’s included? Advisors who join Sawtooth's unified management account platform will get zero transaction fees from Schwab and TD Ameritrade, and investment advisor reps will get 100% payout on earnings. Sawtooth charges a platform fee that starts at 0.25% and slides down as assets increase (Sawtooth wouldn't give specifics on what those lesser fees are), but the TAMP recently started offering certain advisors a zero-platform fee. The TAMP wouldn't state which advisors would benefit from the zero-platform fee. The first 100 advisors will get Snappy’s automated marketing. To take advantage of this feature, advisors must work with Snappy to launch at least two campaigns monthly to attract leads and engage prospects and clients. Snappy will also help develop the relationship with prospects and generate referrals for advisors.

Snappy Kraken cooked up the promotion to lure more prospects to both company’s platforms. The partnership adds automated marketing to Sawtooth’s list of advisor services that include trading, billing and reporting. “We’ve never helped advisors—practice management wise—with marketing. We just assumed in the past that they knew how to tackle that,” said Brad Pries, the CEO of Sawtooth Solutions. For Snappy, this is another strategic partnership that those at the firm are looking to help it scale and target the advisor market from more than one angle. This is another among quite a few partnerships for the firm; for example, in March, Redtail integrated its platform with Snappy Kraken. That partnership allows Redtail customers the ability to port its contacts and marketing-related information about those contacts onto Snappy Kraken to help identify target demographics and create tailored marketing campaigns.

Snappy and Sawtooth are capping the number at 100 advisors to test its zero-upfront-marketing-costs idea. “We didn’t want to just go into business, immediately, and just have a flood of a thousand advisors. And not be able to prove and establish the benchmarks and all of the outcomes,” said Robert Sofia, Snappy’s CEO and co-founder.

Sofia said Snappy has helped advisor customers bring in millions of dollars in new AUM, but this limited promotion is Snappy putting its money where its mouth is. The company's regular upfront charges are $189 per month on top of a $489 one-time-setup fee. A typical advisor not enrolled in the Sawtooh program would be looking at $2,757 in the first year and then $2,268 per year afterward. Industry marketing experts have found that a marketing campaign can take from three to six months or more to reap results. By then, an advisor has already shelled out around $1,000 on digital marketing. Sofia wants to see if advisors would feel more comfortable paying for results, instead. Advisors who participate in the special promotion are dsiqualified from Snappy's standard pricing plan, ensuring Snappy gets what is owed them from investing its resources into the advisor's business.

In a February WealthManagement.com poll, only 14% of advisors have purchased a digital marketing service, leaving 86% of those polled as do-it-yourselfers or relying on their firm’s services. Sofia and Pries’ experiment will help them learn if five basis points on results is better than advisors paying upfront.

To compare this with other marketing programs, Pries brought up TD Ameritrade's Advisor Direct program: “you get charged 25 basis points and you’re not guaranteed a lead,” said Pries. “We think of [our deal] as an advisor direct program for the 21st century.” To elaborate, TDA charges 0.25% on referred client assets up to $2 million and then lowers to 0.10% for assets over $2 million but under $10 million. When it’s more than $10 million it becomes 0.05%. Similar advisor referral programs reportedly charge around the same. So, Sofia and Pries are more focused on advisors with small assets, but they welcome advisors with more.

Ross Cosner, an analyst at the research and advisory firm, Gartner, finds this partnership and deal to be "unique" since he hasn't come across Snappy Kraken's capabilities elsewhere.

"I think it is [gimicky], but that's not to say that I don't think the substance is there to back it up," said Cosner. He and his digital benchmarking team at Gartner have been researching the ways prospects look for financial advisors and have found much activity with financial advisor matching websites such as WiserAdvisor, NerdWallet, SmartAsset, XY Planning Network, and several others. These sites provide an advisor a profile that details what he or she offers and helps a client find the advisor based on location and/or the advisor's areas of specialization. Snappy Kraken offers advisors the ability to lock out their competition through a first come, first serve set up. Cosner said he feels Snappy Kraken's capabilities are "potentially playing into that [advisor-matching] space."

"The more that adivosrs put themselves out there, I think this will move the industry in that direction. It will create a marketing capability where one did not exist and [that] allows [advisors] to increase their reach," he continued.